Welcome to Readers Write to Know!  I asked you, my readers, what questions they would ask their favorite authors if given the chance.  This week, I am thrilled to introduce you to Patrick Craig. I absolutely loved this interview. He makes me wish I could sit down and listen to his grandmother tell stories — and I love that he uses her for inspiration so many decades after her death. Please enjoy this interview as much as I did.

Tell us a little bit about yourself: I’m 67 years old, married with two daughters and five grandchildren. Judy and I live in 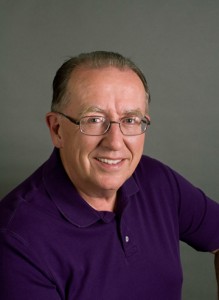 Idaho in the Boise area. I was a professional musician and had a fairly successful career in the San Francisco Bay Area until I came to Christ in 1984. Then I gave up secular music and went to Bible College. After that I was a worship leader and pastor for many years until 2007 when I retired from professional ministry and set about to fulfill my lifelong dream to tell stories and set them down on paper.

Tell us about your current release: The Amish Heiress is the first book in my new series, The Paradise Chronicles. When I was writing the Apple Creek Dreams series for Harvest House, I was going to tell the stories of Jerusha Springer, her adopted daughter, Jenny, and then Jenny’s daughter, Rachel. But I fell in love with the character of Jenny, and then there were two books about Jenny where I had only planned on one. Now I finally get to tell Rachel’s story. It’s a different kind of story, but then I’m not exactly known in Amish circles as someone who writes a typical Amish novel. I think that’s because I read too many Zane Grey books when I was a kid.

Who was your first Screen/Musical Crush? I fell madly in love with Hayley Mills when I saw the original version of the Parent Trap back in the early sixties.

What is your personal, most effective way to get past writer’s block? When I moved to Idaho last year I brought my Aunt’s old writing desk, which had been in storage for twelve years. In the drawer I found a picture of my grandmother. She died when I was one year old so I never knew her, but I heard about her all my life. She was an incredible horsewoman, a crack shot and a self-trained musician who could hear a song one time and then sit down and play it on the piano. But most important, she was a storyteller, an Irish Seanchaí. My father remembered a bedtime story she told him and my Uncle Jack. Every night for years, she made up a new chapter, never the same and always wonderful. So I put 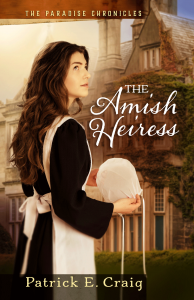 her picture on my desk and when I’m writing and I get stuck, I remember: a new chapter every night and never the same…

What inspired you to start writing, or did you always want to write? I had my first article published in the school paper when I was seven years old. I got such positive feedback from my relatives and friends that I decided writing was something I could do well. I’ve been writing ever since.

How did you determine whether to self-publish or seek a traditional publisher? My first series was published by Harvest House but just when Jenny’s Choice was released, the publishing industry had a serious downturn and lots of Houses, mine included, dumped many of their newer authors. I was disappointed of course, but I had a story to tell and a fan-base that was asking for it. So I just pretended I had a contract, set deadlines for myself and wrote the book. When it was done I hired a professional editor, enlisted the man who designed the covers for my first three books and started working on my mailing list. I published The Amish Heiress through Create Space and Barnes and Noble, let my fan base know it was coming out, and here I am. The Amish Heiress just hit #1 in Hot New Releases—Historical Christian Romance—on Amazon.

Have you always wanted to write a book? Back in my high school days I started my career as a professional musician. I always loved the musical part of it but my favorite thing to do was always songwriting. And not just “Yummy, yummy, yummy, I got love in my tummy” songs, but songs that told stories. When I was a pastor I wrote several teaching books but always in my heart was the desire to tell stories and put them in books.

Do you have your plotline and character development already laid out before you begin writing a book, or do they develop as you write? I have been writing about the same families for the last four books so my characters are pretty well developed. I do write a complete synopsis of the story and then do a chapter outline before I start. Then when I want to get off task I look back on those and get centered on where I am in the story.

What advice do you have for aspiring writers? If I want the story that’s in my heart to come out, I have to show up at my computer, ask the Lord to tell me the story and then write it down the way He gives it to me. You have the only real storyteller in the universe living inside you. As a Christian writer you must listen to the story that He wants to tell through you and stay at it until you know that you have written it the best you can. And then trust Him to do the rest.