In 1936, the same year Jesse Owens won four Olympic gold medals in Berlin, Josephine returned to America to perform, but was treated with open racism and general hostility. Heartbroken by the way her home country had treated her, she returned to France. Baker returned to Paris in 1937, married Frenchman Jean Lion, who was Jewish, and became a French citizen.

Monday Morning Chat 2/12/18 – Writing the Virtues and Valor Series – and a GIVEAWAY!!

I really appreciate all of the questions that I get from my readers. Today I’m talking about the challenges I faced while writing the Virtues and Valor Series.

You wrote a series set in World War II. Is that your favorite time period? 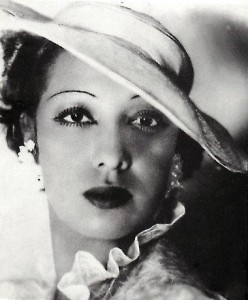 Stage and screen legend VIRGINIA BENOIT performs for standing room only crowds in her adopted home of France. When the Nazis roll into Paris, she flees to Casablanca, taking the heart of a enemy General with her. While in there, Virginia devises a plan to use her position, talent, and influence with the high ranking Axis officer to aid the Allied cause.

Virginia joins the Virtues team, assigned the code-name HOPE. Her keen mind trains in the craft of espionage. After staging a rift with the US, she returns to Paris, hiding undercover in plain sight, and spies on the enemy. All is well until the Third Reich imprisons the Virtues wireless operator, code named Temperance.

As the Virtues engineer a plan to rescue Temperance from the Gestapo’s clutches, Virginia takes to the stage to play her part in the daring mission. Will the murderous racism of the Nazi High Command prevent her from fulfilling her duties?