Interview with LoRee Peery and a Giveaway!

Welcome to Readers Write to Know! I asked you, my readers, what questions they would ask their favorite authors if given the chance, and the authors visiting my blog answered them! This week, I’m so happy to have LoRee Peery as my guest. I thoroughly enjoyed this interview, her voice as she answered questions, and know that Touches of Time is definitely getting added to my “to read” pile. LoRee is giving away a copy of her current release –read on to see how you can enter to win a copy!

Tell us a little bit about yourself. I am a Nebraska country girl, having never lived outside the state. I am who I am by the grace of God: Christian, wife, mother, grandmother and great-, sister, friend, and author. I write fiction that hopefully appeals to adult readers who enjoy stories written from a Christian perspective, focusing on the romance. These include novels and novellas for women and men in the Contemporary, Romance, Historical, Time Travel, and Mystery/Suspense categories. I write of redeeming grace with a sense of place, including the Frivolities Series and the book based on my father’s unsolved homicide, Touches of Time. All are available on Amazon.

Tell us about your current release. Talia Ashby is a perfectionistic data analyst who, on occasion, sees her “fat” self when she looks in the mirror. As a svelte former obese girl, she reunites with her secret teen crush, now a pastor in the church she attends.

Cooper Valiant is dazzled upon meeting a high school friend he doesn’t immediately recognize due to her drastic weight loss. Since his sister had an eating disorder, he’d often 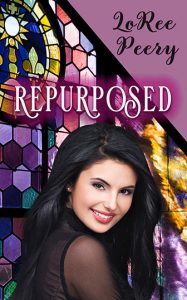 felt empathy toward Talia as classmates teased and bullied her. In his pastorate position, he asks her to help girls in the youth group come to grips with body-image.

While working with the girls, Talia’s recollections of youthful hurts stir up past insecurities. She must reassess her spiritual journey, and what bothers her in the present.

Added to the mix are her reawakened emotions toward the man who once came to her rescue. Will their joint journey include a personal relationship?

If you knew ahead of time your book would benefit only one person on their spiritual journey, would you still write it? Without a doubt. I have met very few women who are completely at peace in their skin and with their looks. We can’t argue with the words in Psalm 139:14 where God assures that He made us fearfully and wonderfully. How can we possibly be unsatisfied if God made us? And to think He knows what we’re going to say before we speak boggles my mind.

How did you determine whether to self-publish or seek a traditional publisher? The reason I self-pubbed this story is because I contracted two time travels over two years ago and am waiting for their releases in July and August. I have yet to receive notice of a release date on a third. Don’t get me wrong, I love everything about my publisher and my affiliation with them. The editors and staff can’t be topped, but I felt led to get this story out once it was ready.

Do you have your plotline and character development already laid out before you begin writing a book, or do they develop as you write? A few projects back, I established what I call Beginning a New Romance, #1, 2, and 3. The first is a chronological order that begins with a spark, goes to who the characters are, including the wound that injured them at a young age. I go on to the character charts (#2), create a collage, one sheet for the hero and the heroine. Then I proceed to the tagline, what I call my 40 words, a working blurb, and several questions that get me into pre-writing.

The third is a formatted doc that includes goals and plot points at the top of each chapter so I have something to reach for as I create the scenes, which except for the opening, I rarely depict ahead of time.

Where’s the strangest place you’ve ever had a great writing idea? A pig’s squeal came through from a nearby television I wasn’t watching in a hospital waiting room while my husband was in surgery. I knew my next story would have a pot belly pig as a character. Meet in the Middle was born. Queenie is one of my favorite characters.

I’m always intrigued by how writers get started…did you always have these books inside you and knew that you wanted to write them or did the idea just pop into your head one day and you decided to put pen to paper? This question is fun to answer. It’s all my hubby’s fault.  A lifetime ago in the mid-eighties, we were traveling back from vacation on I-80 in western Nebraska. I slapped a magazine on my lap and spouted, “I could write better than this.” He challenged, “Why don’t you?”

What a journey it has been. I tried greeting cards for Hallmark but that wasn’t meant to be my calling. My first submissions were unedited romances for magazines. I wrote editorials 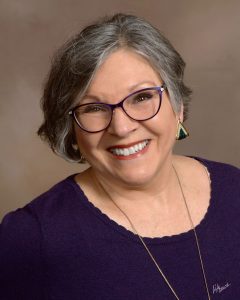 about my father’s unsolved homicide, which led to longer pieces. And then I tried a novel about a woman who went back to her small town to prove her father’s accident was murder. That novel took ten years, good practice, but will never be printed. I learned everything I could and have garnered so many wonderful friendships with other writers.

My first contract came after several rejections with encouragement to resubmit, and I celebrated that release ten years ago this July.

Which of your characters most reflects your personality? Since I used my own journal entries and was pregnant when my father was murdered, both Sarah and her grandmother Lena in Touches of Time reflect who I am.

What do you do when you hit a roadblock and have NO idea what to write? It’s happened, believe me. I once had a file drawer filled with newspaper and magazine clippings that had grabbed my attention. I’ve since culled those and have a writing ideas file on my computer. I’ll have a setting, a mind picture of an opening scene, a premise, or part of backstory when I begin.

A lot of the story forms as I get to know the characters, especially the heart scar that hinders growth. Where they are spiritually carries weight.

I love how the Lord works during this pre-writing/brainstorming period. Each story is different and can take between five days and two weeks to stew. My mind is on the look-out during this time for lines of dialogue, what jumps out during devotion or Bible reading, talking to friends, or even a sermon.

The creative process is unique for each writer. Breaking for tactile things like walking outside touching flowers or pulling weeds, paying attention to the birds and animals that cross my path, working a puzzle, coloring, or sewing (which doesn’t happen much right now). I can’t help but be thankful for the desire to write stories.

And thank you, for allowing me to be a guest today, Hallee.

Here is where you can find LoRee online:

Loree is giving a copy of Repurposed to a reader! See below how to enter to win:a Rafflecopter giveaway