Welcome to Readers Write to Know! I asked you, my readers, what questions they would ask their favorite authors if given the chance. This week, I am excited to introduce to you romance suspense novelist M.S. Spencer.  M.S. has a fascinating resume (especially for someone like me who is a lover of politics) and has traveled extensively.  Like me, she wrote a book after having a dream (although, kudos to her for writing it out long hand – something I would never have the patience to do)  Her stories sound exciting and sexy, and she makes me think she is definitely someone with whom I would love to sit down and have a cup of coffee.  So, go pour a fresh cup, have a seat, and enjoy her interview as much as I did. 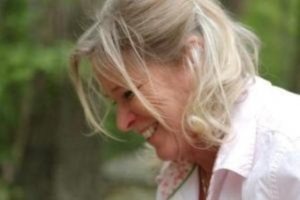 Although I have lived or traveled in five continents, the last 30 years have been spent mostly in Washington, D.C. as a librarian, Congressional staff, speechwriter, editor, birdwatcher, kayaker, policy wonk, chair of a large volunteer program, and non-profit director.  I am blessed with two fabulous grown children and the company of Iggy Pop the cat and now divide my time among Virginia, Florida, and Maine. I have published six romantic suspense novels, the latest of which is Mai Tais & Mayhem.

My latest romantic suspense/mystery novel is set on the balmy shores of the Gulf coast. Readers looking not only for romance, but for encounters with the exotic birds and animals to be found in that tropical paradise, and maybe even a murder or two, will find it here.

Blurb:  When Tessa Diamond rescues a baby pufferfish from a hungry seagull, her good deed leads her into a shady world of smuggling, Russian gangsters, and coded messages. She confronts murder, attempted ravishment, parrots, sea turtles and big fish, only to encounter blossoming romances at every turn, including one of her own.

She is torn between Cameron Mason, tiger-eyed and handsome, and Dugan Trevally, sexy and dangerous, but before she can drop her longstanding opposition to marriage and accept her true love, she must face the possibility that one of them could be a thief, and even a murderer.

I did not self-publish, but I did deliberately seek out indie e-publishers. When I began to seriously shop my first book it seemed to me that e-publishing was the way to go, and not just because it’s SO easy to submit. More and more people are used to reading on a screen, and more people have electronic devices that they use for reading in an increasingly wired society. It just seemed logical that e-books would take off. Was I right? Yes! Should I have bought Apple? Yes! Did I? No! 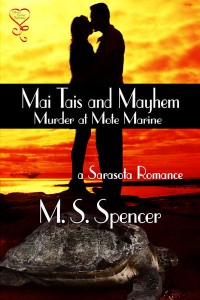 I actually wrote a murder mystery maybe ten years ago, and had an agent help me with it. Whether it was me or…I don’t know, but she decided she no longer wanted to be an agent. I put the manuscript away. A few years later I had this dream (see below) and, being laid up after surgery, wrote Lost in His Arms out long-hand. Subsequent events (divorce, upheaval, move, time on my hands) led me to polish the story and submit it. I only received one terse rejection (Harlequin, but it really wasn’t right for them) before a wonderful editor gave me a thorough critique of the book before rejecting it. Third time was the charm!

Do you have a pre-determined length in mind when you first begin a book?

My books always end up in the 60-65,000 range. The first draft is a glorified outline of about 30,000 words. By the time I’ve filled out the action and added a few twists and turns it doubles. Two hundred pages seems a nice, manageable size for a story.

Oh golly, so much advice, so little time. A couple of things I’ve not mentioned before when answering this question is: 1) find a good publisher, and 2) do some research on the best way to promote your book. A good publisher is responsive, timely in production as well as getting to print and third-party sellers, and most important of all, respects her authors. Promotion is obviously a huge part of your success, but not all ways work well and it’s worth your time to find out what works for you. I find blog hops and having guests on my blog more effective than twitter or banner ads.

Computer, definitely. Since I’m a very fast typist, it’s so much easier to write and edit—not to mention read what I’ve written (you should see my first novel’s draft—it could be generated by the Enigma machine for all its legibility).

What is your inspiration for writing?

You may have noted from my biography that I’ve done a bit of traveling in my life, both with my family and as a perennial student. So it’s been pretty easy to amass a collection of anecdotes, characters, and settings on which to draw. The trick sometimes is to keep them OUT of the story.

In bed. And not like you think! (tch tch). My first novel, Lost in His Arms, was based on a dream I had. Now I usually remember my dreams—it’s a skill you can actually learn—but this one was especially coherent and romantic and thrilling. I remember pretending to myself that I was still asleep so I could prolong the ending to savor the delicious denouement. Do you know how hard it is to convince yourself you’re asleep?

I read EVERYTHING, including books that I now know were totally inappropriate, such as Tom Jones and Brideshead Revisited. But my two favorite genres were biographies and fairy tales. To this day I have a collection of Oz books. Confession: when I finished my bachelor’s thesis I went to the Princeton U. library and borrowed every Oz book they had—which turned out to be quite a few (hmmm). Biographies are a tremendous source for history and culture as seen through a central figure. There used to be a whole series for children—biographies of American heroes from Molly Pitcher to Dolly Madison and Daniel Boone. I read every single one.

The main plot line may persist, but I tend to go off on tangents. In Losers Keepers, set in Chincoteague, I had my heroine suffering nicely but with glimmers of hope in the form of a handsome park ranger, when I found myself wandering through the back streets of petty crime with her father. It all tied in at the end, but for awhile there I was watching my fingers strike the keys as though they belonged to a stranger: “Who is that person and why is she putting those things in my story?”

Thanks so much for having me, Hallee. I hope your readers enjoy the interview as much as I did.