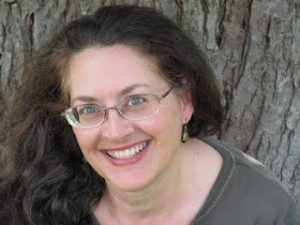 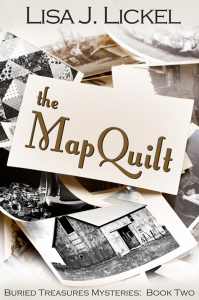 I started writing and getting published when “self-publish” was “vanity” and had a bad rep. Things have changed rather quickly; much for the good, but as an editor, I still see lots of stuff going up for sale that really isn’t ready. I went through a highly professional organization, the Christian Writers Guild, for training, and self-publishing was never a consideration. Things happened pretty quickly with my career, not all of it good, but trial by fire still teaches you how to dance. I am putting out the print version of The Map Quilt with a micro-publisher, and I have chosen to work with independent publishers after Barbour. There are a lot of levels of publishing.

A contest. With a healthy prize. I was just finishing the Christian Writer’s Guild apprentice course when the Operation: First Novel contest was announced. Nice advance with a contract for a prize. I started writing, unsure whether or not I could actually write a whole novel with lots and lots of words, but when I came up for breath—wow, there it was. (And still is…in a drawer, although it made the top ten of nearly 500 entries and helped net my first agent J. Maybe some day.)

Yes. That’s my secret to starting and finishing projects. Word count, general length for genre books and Barbour’s mass market book club pre-determined word and page counts, along with cutting my teeth on writing newspaper features instilled in me a sense of organization that keeps me on track. It’s like achieving mini-goals when I have the story outline set up and a number of pages to write to accomplish that goal.

What advice do you have for aspiring writers

Find a mentor who has some experience in publishing what you want to write. Get involved with an active and helpful critique group or at least an experienced author to work with. Study the markets. Develop your presence before you finish your project so that you have an established group of people who will support you when you need it. And most of all: a writer’s goal is not to be published, but to be read. Hopefully by a lot of people. Even strangers. Check the Publisher’s Market Guide and learn how to prepare submissions professionally. You can check out my web site for lots of advice. 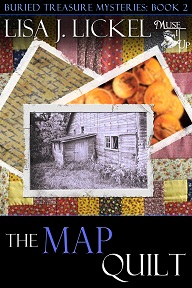 I really like to plot on paper with a pencil first. I love research and tend to make little notes about what I’m looking for, need to find, or interesting tidbits of information in whatever notebook or napkin or skin surface that’s handy, then gather everything together and start character development pages, scene and setting, plot lines, story arc in a computer file. Then I write a synopsis. There-I said it, that ugly word.

Lawn mowing. The treadmill. During the sermon. Most awesome place I plotted and wrote was at a picnic table in a campground at Yosemite. Put together my award-winning novel Meander Scar there.

Dr. Suess-all that rhyming and delicious word-smithy; Carolyn Keene-titian hair, really, what a picture; Victoria Holt-all that dark brooding; Ray Bradbury-still is; I have favorite books as well, like the Matchlock Gun-instilled a love of family and history, The Pokey Little Puppy-a sense of curiosity drives life, and The Witch of Blackbird Pond-do things you must, not matter how afraid you are—whose authors I simply can’t recall at the moment.

In The Map Quilt, I’d love to be more like Judy, but I’m afraid/flattered/chagrinned to be Ardyth…in a few years…but probably in flowers and purple rather than plaid. Sniff.

The plot is a piece of paper until I’m a certain number of chapters in and everything is flowing as planned. If not, then it’s a different book than the one I’m working on. However, a very favorite story of mine that’s being pitched by my current agent had a little different issue. It wasn’t so much that I changed my mind, but that I was foggy when I started writing. A critique group partner whapped me upside the head when we explored “Who’s story is this?” That question cleared up all the problems I’d been having, as I realized I was telling the story from the wrong perspective. I’m still amazed how that question saved the work.

The inklings of The Map Quilt were laid before I took the plunge into professional writing. We bought a farm on the other side of the state from which we currently live. I mentioned that I’m an historian at heart—when I learned more about the unique and powerful history of the rural community it stayed in my mind. It wasn’t a “I’ll have to write a story about this someday” feeling, but one of those pieces of news you just can’t shake, like the song lyric that lingers in your mind. Once I knew who Julietta was in The Map Quilt, I knew exactly how the history of Cheyenne Valley was crucial to the story line.

http://www.lisalickel.com – all my social networking links are on there – the blogs I write for, my blog, and facebook.