Interview with Author Marion Ueckermann and a Six-Book Giveaway!

Our daughter was 9 when our son Scott was born. Around that time, she learned that all of the magical beings in her life (Santa, Easter Bunny, Tooth Fairy) were not real and she was devastated. Not because these magical creatures turned out false, but because we’d told her they were real.

It gave us a serious wake-up call as parents. I think a lot of it had to do with how well she could articulate how she felt about it, and how free she felt to come to us about it. 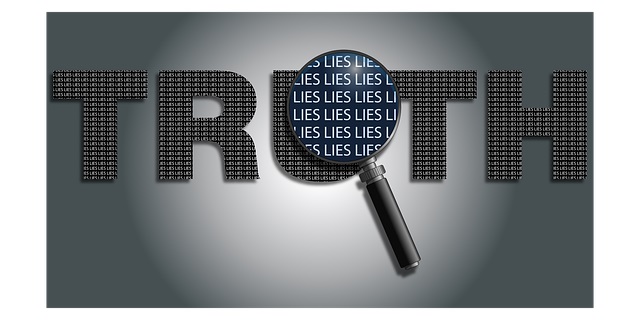 Not too long after, through a series of events and earth-shattering kind of happenings, Gregg and I turned our entire spiritual life around. We determined that we would love God with all of our hearts, all of our minds, all of our souls, and all of our strength. That took us out of a Sunday Christian with God over here on this peripheral plane and put Him right in the center of our cores. Because of that, so many things changed about the way that we eat, live life, pray, worship, spend, and definitely how we celebrate holidays.

As the boys (Scott now 11 and Jeb now 9) aged, they never had any of those magical beings in their dialogue, in their lives, in their focus. When a tooth comes out of a boy’s mouth, mom or dad hands him a dollar. Passover is celebrated as the Passover Lamb (Christ Yeshua/Jesus) was sacrificed for our sins, Good Friday is remembered and referenced back to Passover, Easter talks only of Resurrection and the fulfillment of the redemption. The Feast of Tabernacles brings us the celebration of the birth of Christ as well as God’s provision, and Christmas becomes only a time of the celebration of warm friendship and loving family and fellowship opportunities. 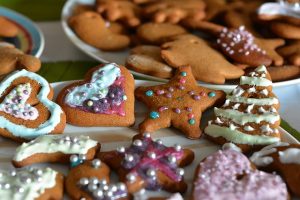 We host parties, decorate gingerbread houses (this year we’re doing gingerbread nativity scenes!), attend parties, exchange gifts, bake and bake and bake, and love on our family and friends. We do advent and light candles and teach about how Christ celebrated the Festival of Lights (Hanukah) and what that meant to Him.

There are no magical beings, no decorations depicting fantasy. There are gifts — but the kids each only get three, because Jesus only got three. (See what we did there, parents? HA!). And we don’t make it the most important time of the year, because to us, Christ conquering sin with His sacrifice tied into the Passover (the Last Supper) is indeed much more than the man-made holiday of Christmas.

So, we’re weird, and have been for years.

In the end, though, I think what happened in the timing of it all, in our daughter’s clear communication and our understanding of her feelings of betrayal and her emotions of anger and hurt, was that our shift away from traditional celebrations were one of the ways that God helped us protect our son Scott’s faith.

We don’t know if it’s Scott’s autism or his OCD tendencies, but he is unable to see the world with filters of gray. Everything is black and white. Santa falls into that category. Santa is a lie. Lies are bad, and are evil. Therefore, Santa is bad and evil.

He cannot shake this concept. To him, when he sees Santa, he feels anger. When he knows a child believes in Santa, he gets incredibly upset to the point of mournful tears that the parents lied to their child. He cannot separate any concept from that.

I was once in a mother’s group in a social media setting. We’d all been pregnant at the same time, due in the same month, and raised our kids online together.  One woman in this group of about 40 mothers told me a couple of years ago that if Scott felt that way, then it was because Gregg and I had taught that to him — that no child could possibly think that on their own.

Clearly, this woman (1) didn’t know me, and (2) had never had to deal with the way an autistic mind thinks. Of course we didn’t teach him that progressive line of thinking. However, we taught him that lying is bad, and that the Bible says it’s evil. And, we’ve taught him that Santa isn’t real. Everything else, he’s worked out on his own. 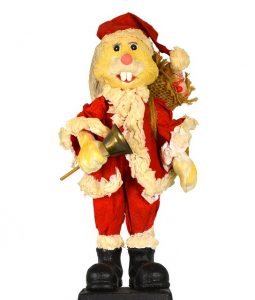 More to the point, though, is that we believe that our change of heart happened when he was an infant, because in the end, we know that we’ve protected his faith in God. Why?

The other day, I had a conversation with Scott and Jeb. Scott was desperately upset about his upcoming 5th grade musical “Jingle Bell Jukebox.” Apparently, “all” the songs are about Santa (the drama teacher assures me only one song mentions Santa), and he is refusing to participate (which the drama teacher and us are totally okay with.) During the conversation, Scott said that he was so sad for kids whose parents went to church and did Santa, because their lies were hurting their relationship with God. He actually went on to say, “When the kids find out that Santa isn’t real, don’t you think they’re going to think that God isn’t real, too?”

I closed my eyes and silently thanked God for the conviction that had us change so many things in our lives so early in his life — so that he never has to take that black and white mind and try to rationalize us telling him that a magical creature is real, but isn’t, and a God he can’t see is real, but is. It would destroy everything about how he believes, how he trusts, and what he knows to be true. It would chip away at the foundation of everything he believes in until his faith would be left dangling on a precipice with no rescue in sight.

He’s big into pulling the mannerisms and actions/reactions of fictional characters into his dialogue — it’s one of the ways he’s able to relate emotionally with the world around him. A YouTube host he regularly watches said that when she found out Santa wasn’t real, it ruined her life.

Scott came to me and crawled into my lap (even at 11) and thanked me for not ruining his life, because he won’t have to experience the same terror as this Youtuber.