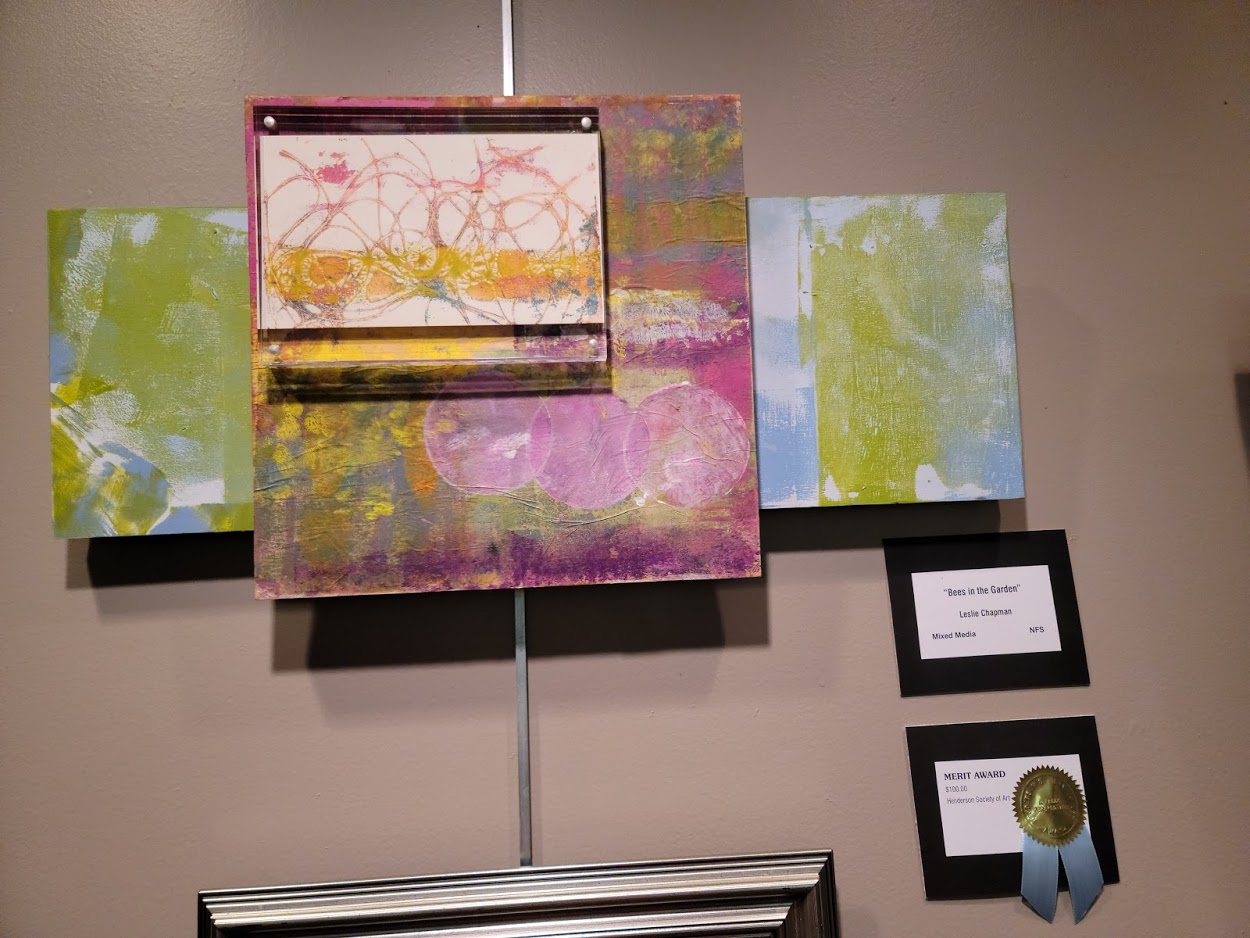 The Struggle of Perspective

This weekend, Gregg and I took the boys to the John James Audubon Park in Henderson, Kentucky. In the summer, we have traditionally tried to take them to a museum once a week, and the museum on the site had a nature art show going on, so it was the perfect time to go.

The first place painting was a staggering closeup view on a heard of zebra. Well deserved first place.

This piece won an honorable mention. It’s titled, “Bees in the Garden.”

Scott, who has autism, could not see it. He stood there for several moments and finally said, “I don’t see any bees.”

I said, “It’s abstract. The artist is representing bees.”

Gregg said, “It’s his impression of bees in the garden.”

By now, Scott was almost angry. He said again, with much more force, “HOW?!”

It occurred to me that his brain is so black and white that the idea of abstract art will never, ever click with him. He is an artist. He’s a brilliant cartoonist. His entire future is mapped out in his mind with his cartoon characters and what he’s going to do with them.

Standing there, in the middle of the conference room that showcased these brilliant works of art he announced, “I will never go to art school if this is what you come out of there painting. Bees! And a blue ribbon! No way.”

During the two-hour ride home, Gregg asked them what their favorite painting was. Scott blurted out, “How was that supposed to be bees? I feel like protesting that ribbon. You won’t find me at art school.”

We’ve always encouraged him to look at art school — now there’s this wondering in the back of our minds if it’s wise to continue to encourage or to help guide him to his second option — computer programming that he can master and in turn give his art life.

Many things about navigating the parenting world of an autistic child are challenging. I never thought something like “Bees in the Garden” could have the potential to open our eyes to a very real and complex issue that could potentially be future-altering in a positive way.

I am curious to see what the next couple of years look like in terms of his plans for higher education and how he wants to see that implemented.