The Amazing Stories That Inspired Charity’s Code, Book 3 of the Virtues and Valor Serialized Story

The Amazing Stories That Inspired Grace’s Ground War, Book 5 of the Virtues and Valor Serialized Story

The Amazing Stories That Inspired A Parcel for Prudence, Book 4 of the Virtues and Valor Serialized Story 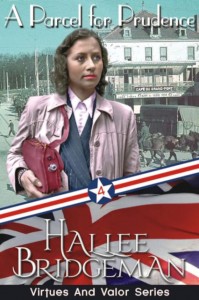 Today, A Parcel for Prudence IS FREE. Yes! FREE. You can get it in ebook form at this link.

Here are the amazing stories that inspired the writing of A Parcel for Prudence, Part 4 of the Virtues and Valor Serialized Story.

WHILE the story of the special team of operators I named The Virtues is entirely fictional, set in a fictional town, and comprised of fictional characters who form a fictional military division, every single one of these fictional heavenly heroines was inspired by a real World War II heroine and their stories were inspired by real events.

The woman depicted on the cover of this book is a thus far unidentified former French resistance operative who, shortly after the liberation of Paris and at the request of a war correspondent, demonstrated the means by which she photographed key Nazi targets using a mini-camera hidden inside her purse. There are thousands of stories of fearless women who worked to defeat Nazi Germany while behind enemy lines.

I made every effort to remain true to actual history in my fictionalized story of Prudence which is based upon the truly inspiring real life heroine, Cécile Pearl Cornioley (ne: Witherington). Born in Paris, June 24, 1914 into a very troubled family, her father drank heavily and her mother barely spoke French, so her mother looked to Pearl to handle a lot of the family’s business. This bleak childhood toughened Pearl into a strong woman, willing to fight for anything in life. Pearl didn’t start attending school until age 13, and then went to a bilingual school where she studied entirely in French in the morning and in English in the afternoon.

Once she left school, she worked in the British Embassy in Paris. Her father had died and her embassy job provided the only means of financial support for her family. What complicated her life was that shortly after leaving school, Pearl had fallen in love.
Henri Cornioley had started courting Pearl in 1933, and she eventually accepted his proposal of marriage. Once engaged, they struggled to obtain the blessings of their families, but neither of their families supported the union. Her mother didn’t want to lose her only means of financial support while Henri’s father didn’t want his son saddled with Pearl’s financially dependent family.

Pearl worked at the Embassy for 7 years all the way up until the war started. Henri had been called into French military service in 1939. As fate would have it, Henri was taken prisoner by the Germans in 1940. Miraculously, he later escaped from a prisoner of war camp and made his way back to Pearl.

When the Germans invaded France, Pearl and her family fled to Normandy. Her family was British, but despite promises from the British Embassy where she had toiled for seven long years, they received no help in getting transportation to Great Britain. In the winter of 1940, they found out that the Nazis had begun to arrest British citizens and they, again, fled Paris. They had a harrowing journey, many times on foot, from Paris to Spain to Gibraltar to Scotland then at long last to London, arriving on July 14, 1941. Pearl’s two sisters joined the Women’s Auxiliary Air Force while she worked for two years for the director of Allied Air Forces and Foreign Liaison.

Ultimately, Pearl joined the Special Operations Executive (SOE) and trained as a courier. She specifically asked to be attached to the “Stationer network” which was run by an old school friend. Their mission: harass the enemy, exhaust them, impede them by destroying communications and transportation lines, stop munitions production, and anything else they could do to hurt the enemy’s mission.

On September 22, 1943, Pearl parachuted into Occupied France and assumed the identity of a French national named Pauline and the codename, Wrestler. In wireless transmissions back to England, she was “Marie.” She was not yet 30 years old. There, she worked as a courier for Maurice Southgate. She often traveled by train, and as a way to disguise her intent, carried with her “pro-Nazi” French magazines. Henri’s father owned a cosmetics company named Isabelle Lancray, and Pearl had paperwork that provided a cover story of a cosmetic saleswoman to help explain why she traveled so much.

One of her team’s secret missions was to recruit and train smaller teams all throughout France so that on D-Day, the Allies would have help everywhere. They organized over 1500 members. This drew attention and the Gestapo arrested Maurice on May 1, 1944. On May 2, Pearl and her team arrived at an estate in Indre. They had supplies parachuted in and accomplished two more missions in that month. On July 11, 1944, three German garrisons (about 2,000 men) surrounded and attacked the estate. During the battle, Pearl lost 24 men.

She ran from the house and hid in a wheat field, crawling on her hands and knees while Germans shot at her. She hid in the field until 10:30 that night. Then she hid in a house while the Germans searched farms, estates, and houses, killing some people, arresting a few, terrorizing others. They burned down houses and barns and searched for Pearl’s team, whom they called “terrorists”. This became known as the Battle of Les Souches, which was a small part of a larger battle in which 32 French patriots lost their lives.

Pearl reorganized after Les Souches, and Henri, who had returned to France and reunited with her after his harrowing escape from the Nazi run prisoner of war camp, became her second in command. They lived in the woods, organizing the flood of volunteers who suddenly foresaw a positive outcome in the war after the successful D-Day invasion. Their constant acts of sabotage often prevented German troops and munitions from reaching the Normandy coast. They also provided the RAF with intelligence that led to the bombing of a German train carrying 60 tankers of gasoline. This raid seriously handicapped the German army. 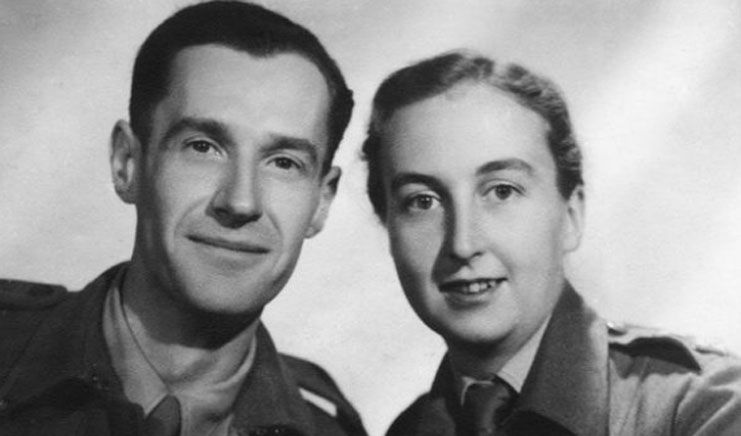 Pearl rose to command more than 3,000 underground fighters who killed more than 1,000 Nazi troops and injured countless more. In September 1944, France was finally liberated. Pearl and Henri presided over the surrender of more than 18,000 German troops.

Within months, the couple returned to London where they finally, at long last, married thus ending their protracted eleven year engagement. They went on to have one daughter, Claire.

After the war, Pearl was nominated for an MBE, Member of the Most Excellent Order of the British Empire. However, there are two categories of the MBE: the military and the civil. Pearl had been nominated for the civil award, which she rejected with an icy note that stated, “There was nothing remotely ‘civil’ about what I did.”

Though she had completed airborne training and became one of only a handful of women to jump into enemy territory during the war, she was never awarded her parachutist badge, a fact she felt was a grave injustice for her entire life. In September 1946, Great Britain finally awarded her the military MBE. Much more recently, she was also awarded the CBE, the order of Chivalry known as the Commander of the Most Excellent Order of the British Empire, and the French Ordre national de la Légion d’honneur or the National Order of the Legion of Honour.

Read about Murielle Tolson, code-named PRUDENCE, who was inspired by the amazing Pearl Witherington, in A Parcel for Prudence, FREE November 4-8 at this link.