Tag: parenting on the spectrum

Today on the last Monday of Autism Awareness Month, I’m talking a little bit about autism and parenting an autistic child.

When my 21-year-old daughter was born, my mother gave me some advice I’ve never forgotten:

Children will try to control you with two things: sleep and food. Don’t let them control it. Train them. You’re in charge. When they learn they can’t control you through those two things, you’ve won a battle so many parents struggle so hard with. 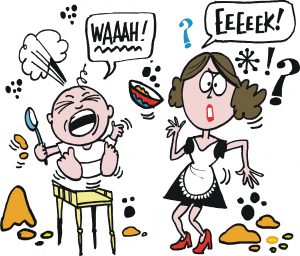 I took that to heart. I have three children: 21, 12, and 10, and all three eat well. With all three, there was a period of time we struggled, and it was at about the same age with them. It stands out most in my mind with my daughter, because she is the oldest so by the time the other two came around, I already had the experience.

She was about 2.5 to 3-years-old. I’d made something new for dinner. She looked at me from her high chair, picked up her plate, and dumped it on the floor. I reprimanded her, made her a plate with the veggies, salad, and bread from dinner thinking the main course was what she objected to, and she dumped her plate again. I said, “You’ll eat a big breakfast,” then got her down from her high chair and didn’t give her anything else to eat that night.

The next night, I intentionally made something she liked – like spaghetti. Again, she picked up her plate, looked at me, and dumped it on the floor. I didn’t give her a second chance this time. I just reprimanded her, reminded her breakfast would be a meal she’d consume, and put her to bed.

We went through this one more night. I was actually surprised. I thought she’d eat the third night, but she didn’t.

By the fourth night, she ate everything on her plate and asked for more. After that, if she didn’t like something (we required tasting all foods on plate but not consuming all foods), she was allowed to get extra salad, sides, or bread to supplement.

Even now, she has a well-defined palate and is a good cook in her own right. 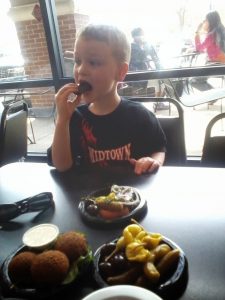 With the boys, I had a similar experience at about the same age with the same results. My boys will taste anything, eat almost anything, and have good palates and good appetites. They know how to order from a restaurant menu, and know how to eat what they serve themselves.

I say all that to say that when our son Scott  (who is now 12) was 2.5-3, we didn’t know he had autism. If we had known, we likely would have done food completely differently — and done it to a detriment to him.

Even with him, with texture sensitivity, enhanced smell capabilities, and OCD tendencies that make it hard for him when food touches other food, he will taste anything on his plate and usually eat it. If he doesn’t like it, there isn’t a big deal made. He simply piles the food on his plate from the dinner offerings that he does eat and later will get a slice of cheese or an apple as he prepares for bed.

I never make him something special outside of what we’re eating. Back when the OCD was really bad, he would even deconstruct things like pot pie (now one of his favorite meals) and wipe the gravy off of the implements, separate them on his plate, then eat them. 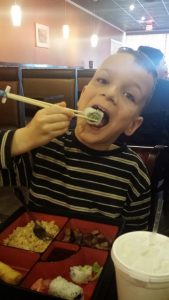 The only exception I make for him is when I make chicken or steak fried rice. White rice is his favorite food. Seriously. That boy could consume nothing but white rice for the rest of his life and be happy as a clam.

He came into the kitchen one night and saw cubes of steak that had marinated in soy and ginger sizzling in sesame oil and saw the pan of white rice cooking on the stove.

“My favorite foods!” he exclaimed.

When he asked what was for dinner, I told him steak fried rice with veggies. His whole body fell and his countenance grayed. Finally, he said, very dramatically and morosely, “All my favorite foods are going to get mixed together in a terrible way.”

I contemplated what he said, and after he left the kitchen. Then, I made him a plate with all of the elements of the fried rice but separated. For the rest of the family, I mixed it all together and fried/seasoned the meal as originally planned. When he came to the table and saw his plate, everything about him exuded joy.

From then on, whenever I make fried rice for dinner, I always set his elements aside and just give him a plate with them separated. I’ve never in my life as a mother made a “special” meal outside of what was for dinner for a child. But this occasional special treat fills him with joy and he completely cleans his plate. In a Chinese restaurant, he even knows how to order so that everything comes separated, too.

I think as often as he has to make concessions and compromises to just cope and function as a human being in this neuro-typical normal world, giving him this little treat is the very least I can do. 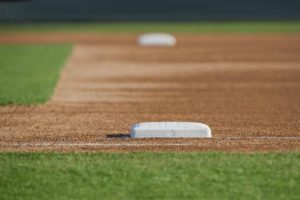 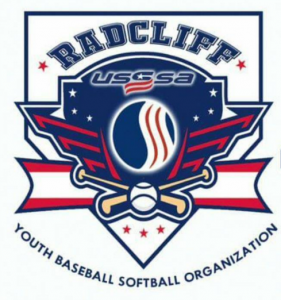 …the fact that I chose this as one of those battles under the adage “know when to pick your battles.”

Tomorrow is the Kentucky Derby. Seeing how we live in Central Kentucky, this is not a small thing. The Kindergarteners in the boys’ school have decorated horse heads and are racing today. The First Graders are dressed up in “Sunday best” and will be spectators of the race while wearing their Derby Hats.

This morning, I allowed 15 extra minutes and got out the clothes from which I would allow him to choose and he melted down. Clothes went everywhere. Tears fell. Beds were kicked. Pillows thrown. Choices given.

After more tears and wailing, he was finally dressed and eating breakfast. I told him I wanted a picture of him. He said, with tears streaming down his face, “But I’m not handsome without a tie!”

To which I replied, “Then put on a tie. Remember? Your choice.” 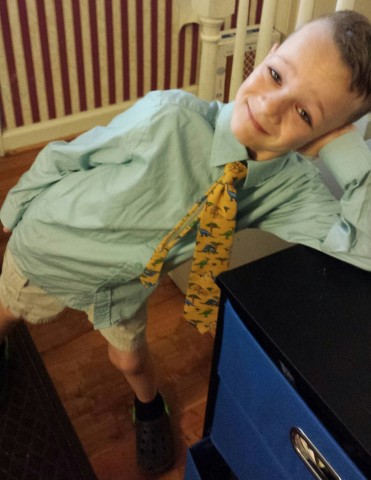 Success. Because I chose this to be a battle I picked.

And Jeb, who has been BEGGING me all year long to let him wear his suit to school wore his suit with tennis shoes -because he’ll be running the race.
.