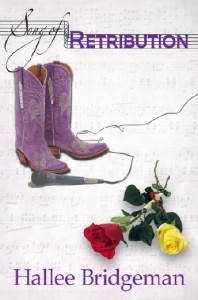 I thought I’d give you a sneak peak at my current work-in-progress.  I’m HOPING that it will be ready to publish by the end of this month, but I’m not promising.  Every time I get good momentum, something around me requires days of my attention.  Nevertheless — I’m about halfway through it right now and am really excited about the story that is shaping up.

The title is not set yet.  It used to be Song of Retribution, then it became Song of Revelation, and lately it’s been Song of Redemption.  I may just cut my losses and title it Song, or The Song.  We’ll see. (Though you can see Debi created the draft of the cover with the Song of Retribution title.)   Here is the Prologue:

Angela Montgomery stared at the smart board in front of her and ran through the calculations again. She tried to ignore the little shivers of nervous excitement that danced up her spine.

“Did we just …” Donald Andrews clicked a few keys on the laptop in front of him, magnifying the image on the smart board screen so that it covered the entire wall. “Did we just …”

Angela walked forward, staring at the screen. “You know what, I’m cautiously going to say yes. Yes, we did.”

“We should celebrate,” Lorie Frazier announced. She pulled her glasses from her nose and casually tossed them onto the stack of papers in front of her. “We need to celebrate, then we need to call a press conference.”

Angela let the giddy excitement take over. She laughed and hugged Don as she pulled her cell phone out of her pocket. Her husband was going to flip. For five years, she and this amazing team of engineers had worked to perfect this revolutionary data storage solution. For five years, usually for six days a week, usually for not less than twelve hours a day, they’d worked in this basement lab in her home. While she’d hoped and prayed for all that time, now that the reality of what they’d accomplished actually shone back at her from that beautiful smart screen, she realized she hadn’t ever really been certain they’d succeed.

She got James’ voice mail. “Darling,” she purred, knowing he’d hear the smile in her voice, “We did it. We’re done. I cannot wait to show you. Come home. Come see. We need to celebrate.”

As soon as Angela hung up, she gave Lorie a hug and said, “We need cheesecake.”

Angela felt her heart skip when the red security light started flashing. Panicked, she whirled around. “Back it up to the snap,” she said to Don.

His fingers clicked on the keys with the speed of machine gun fire as spoke. “There’s no time. We didn’t do an incremental yesterday because the waffle was running a defrag,” he answered.

Alvin pressed a series of keys on his computer and several small screens appeared on the smart board, all showing different angles of her home. Men in masks moved through the empty house with military precision, high powered and very deadly looking carbie rifles tucked tightly into their shoulders at the ready. They stared around every corner through the sights on the short rifles.

“Can you remember how we got here since the last backup?” she asked Alvin. If she’d ever met anyone whose memory rivaled her husband’s, it was Alvin.

His voice sounded flat, emotionless. “Of course I can.”

She watched as a crouched figure outside the entrance to the lab tape plastic two liter bottles filled with water to the hinges of the door. The security was tight and the door was sealed, but not sealed well enough to handle a blast of a shaped charge pushing water like the world’s most powerful cutting torch.

She’d known the risks. The success of their project was potentially worth upward of a hundred billion dollars in the first year, and that was on the conservative side. The long term applications of the soon to be patented technology could not even be calculated. The reason they worked out of her home instead of in some lab was for the secrecy of the project, a vain hope of security by obscurity.

They’d taken some precautions. An incendiary device much like a military grade thermite grenade perched atop each server array that would, when detonated, melt its way through the machines at 1275 degrees Fahrenheit, effectively destroying everything in a completely unrecoverable fashion.

Lorie’s finger hovered over the steel pins. “You’re sure?”

The explosion above them shook the room. Alvin rushed to the inner door and made sure the panic room door remained bolted on all four sides. Angela closed the lid on her laptop and slid it into the 2 inch air gap between network switches. Then she draped her hand on Lorie’s shoulder and whispered, “Do it.”

Alarms went off and the lights flickered. As she flew backward from the shock of the blast blowing open her door she prayed — for courage, for protection, for strength.