The Walking Bread; The Bread Will Rise! Is Now Available!

Sapphire Ice is 99 Cents ALL Month! 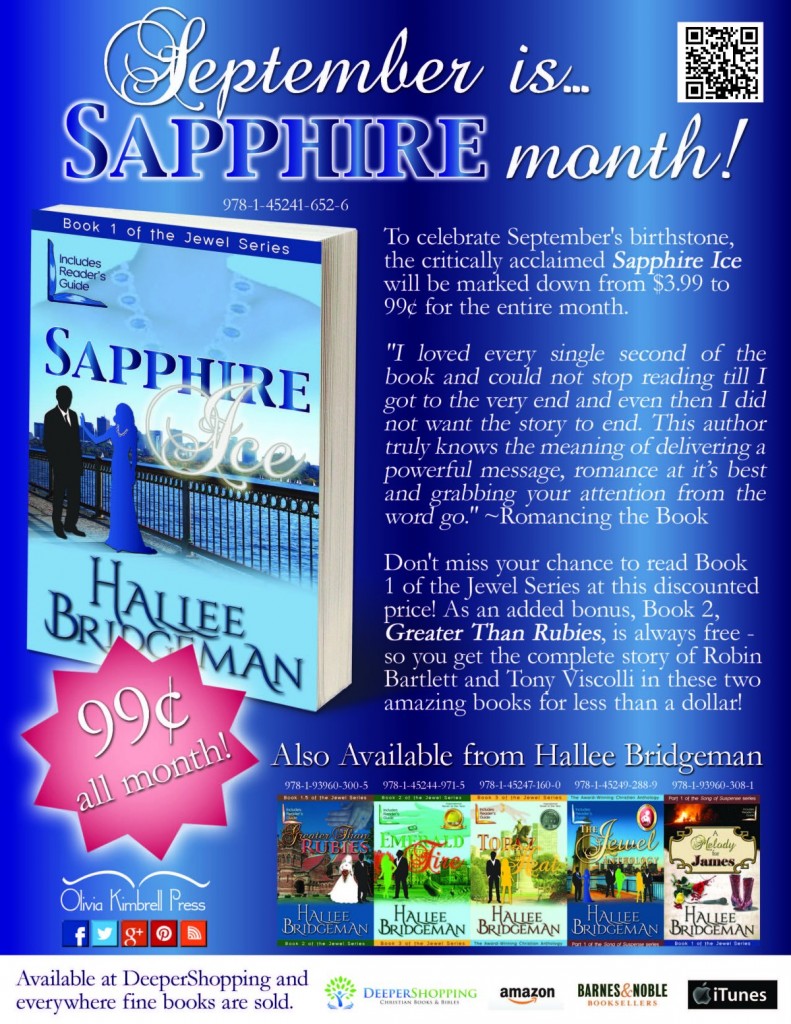 Robin’s heart is as cold as her deep blue eyes. After a terrifying childhood, she trusts neither God nor men. With kindness and faith, Tony prays for the opportunity to shatter the wall of ice around her heart. When a frigid phantom from the forgotten past threatens their future, Tony’s unshakable confidence and Robin’s new-found faith must melt the threatening maelstrom.

Sapphire Ice can be purchased in e-book format for only 99 cents at the following places:

Sapphire Ice can be purchased in paperback at the following places: