Interview with Sharon Leaf and a Giveaway! 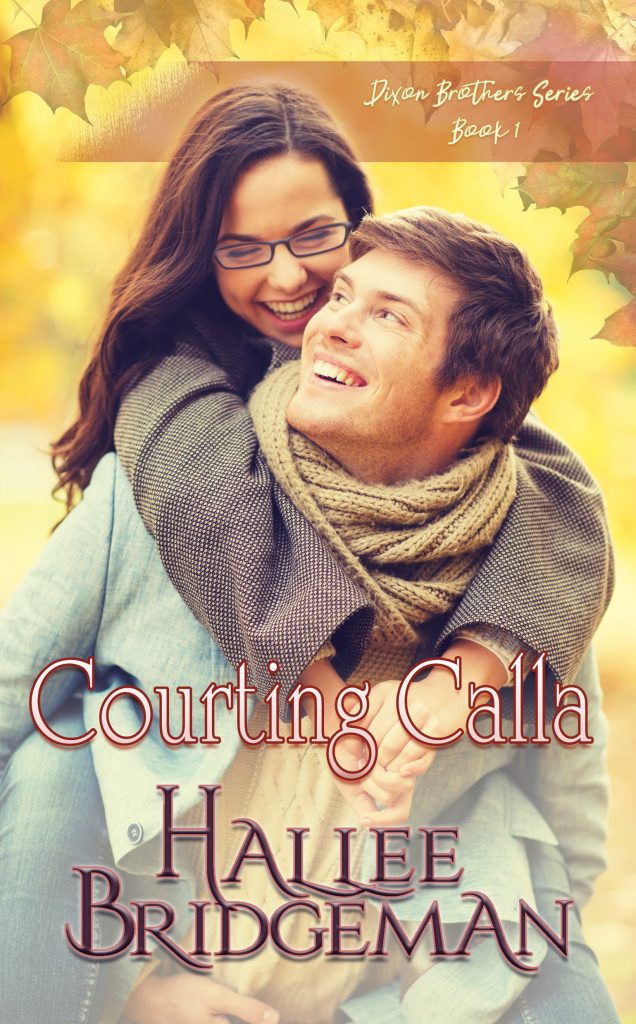 Courting Calla was originally one of the books contained in the Out of the Blue box set. But, as of today, it is officially released out of the set and on its own!

You can find all of the information on its page here: http://www.halleebridgeman.com/books/courting-calla/

Can Ian and Calla find love together, or will the secret she is keeping rip them apart?

CALLA VAUGHN has spent the last three years desperately trying to get her life in order so that she can go back to culinary school. No matter how hard she works, though, she feels like she is just treading water and can’t see any way out of the hole dug for her by a con artist who stole her identity.

When flowers she sends to her best friend with a dinner invitation accidentally get delivered to IAN JONES, she decides to cook him the best meal he’s ever had. By the time she admits that the flowers were never for him, he is as convinced as she is that God orchestrated the mistake in the first place.

Ian knows God has chosen Calla as the woman for him, but Calla is hiding something big. Will Ian understand her situation, or will the deception surrounding Calla destroy any trust he has in her?