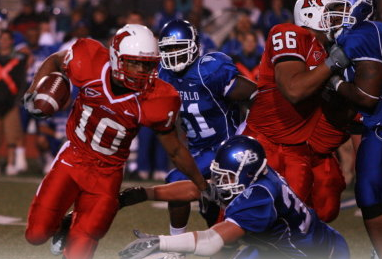 I quit following politics and watching the news the summer of 2007. Before then, I’d been very active in my political party and when the presidency changed, I watched a shift in behavior and attitude that was almost like two opposing teams on a football field stopped when the ball changed hands and switched jerseys. It occurred to me at that time that both parties are essentially the same and the puerile pundit blabbering is going to only ever be for their party and insanely against the opposing party NO MATTER WHAT. It made me crazy.

Fast forward to the now. I’ve watched more news in the last 6 weeks than I have in the last 13 years. Seriously. And I’ve discovered a few things with the perspective of a clear mind forged from a 13-year hiatus from the ridiculous:

The whole (R) vs. (D) is a little embarrassing, really. And like the last election, with clear eyes garnered from a 13-year hiatus from the absurd, I’ll likely vote (I) because I refuse to cast my vote between the lesser of two evils.

Also, there’s a news host that I have a total girl crush on who I feel like must be my soul sister. I won’t say who it is, because I won’t be labeled politically because you’d be wrong. However, every time I hear her speak, I want to just sit at her feet and soak in how she forms sentences and delivers the words. I want to be that well-spoken and that fluid with delivering my thoughts.