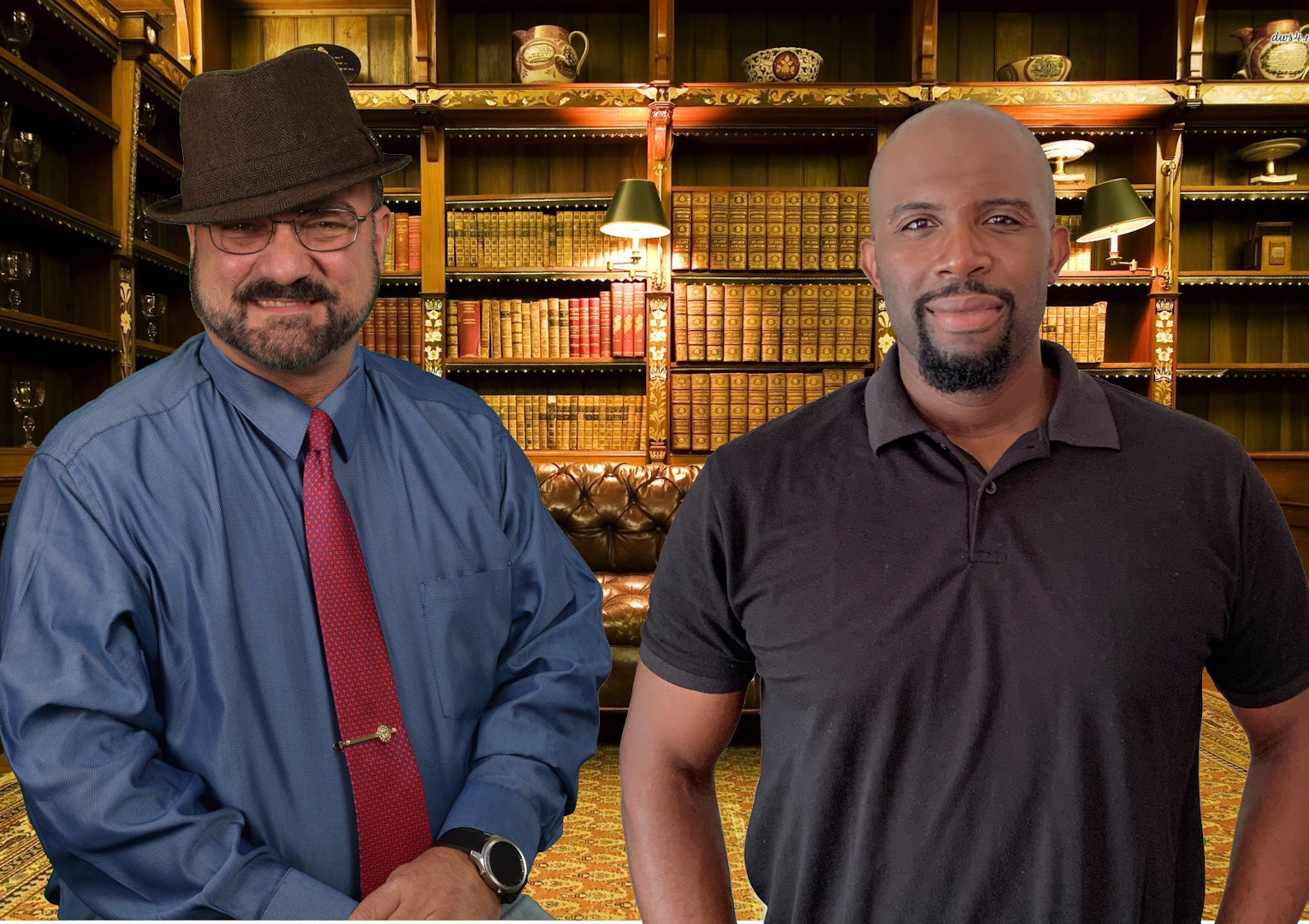 Men are More Than Black and White

My husband Gregg teaches a 3-hour class with his friend JP Robinson called, “Toss Out the Tropes: Men are More Than Black and White.”

Gregg is of Italian descent and JP is of island descent. Basically, they are black and white — thus the tongue in cheek title.

In this class, they teach students how to write male characters well, the differences in dialogue between men/women, and writing different ethnicities.

Part of the class covers all sorts of tropes, including the “gangsta” trope of black men. In this section, JP tells a story about living in rural Pennsylvania and walking into a local store. A white woman there freezes in fear the moment she sees him. The store owner comes from the back and says, “It’s okay. He’s just here to drop off something.”

It’s okay. He’s just here to drop off something.

In another section of the class, he tells the story of the time when he was seven years old and his pastor father got pulled over by police after leading evening services at his church. He was thrown onto the hood of his car and held at gunpoint for absolutely no reason. In front of his seven-year-old son. In one conference, a conferee asked if that was JP’s only experience with that kind of police brutality and he said, “I have had to deal with other racial issues by police. Mostly things like getting pulled over unnecessarily, being made to do the drunk driving test without reason (which is actually ironic because I don’t drink alcohol ever), and the fear of being put at gunpoint in front of my kids each time I see police on the road.”

It brings to mind this incident that happened in December of 2020:

Lieutenant Caron Nazario was pulled over for not having a license plate – even though he had temporary plates in the window. He was held at gunpoint, repeatedly threatened with “tasing”, actually and repeatedly pepper sprayed along with his dog, kicked behind his knees and thrown to the ground, and handcuffed–all before even being told why the police had detained him in the first place. He is now suing them for one million. He deserves maybe ten million in my opinion.

Based on the evidence of this case and past abuses, I feel certain none of this would have ever come to light if the Lieutenant hadn’t started filming his perspective of this traffic stop on his phone. I feel certain the world wouldn’t have exploded with this story – a story that has been repeated over and over again in the history of our nation.

These kinds of stories should infuriate anyone – especially those of us who identify as followers of Christ, lovers of Jehovah God – a body of people who were commanded to love our neighbors as ourselves.

No human being should have to live in fear of treatment from other human beings based on outward appearance. Never ever.

I realize that I come from an unusual background. My father was an infantry soldier – a grunt. I grew up on military bases surrounded by enlisted soldiers (because housing areas are divided based on rank). As a white girl from a white family, I was the minority. Most of the families around us were actually blended ethnicities – Korean, Philippino, Samoan, Puerto Rican, German, Japanese, and Americans from every possible corner.

By the time I was in high school in a public school, we lived in Ft. Benning, Georgia. My high school was a traditional black high school in south Columbus. So, mix up all of those ethnicities listed and you had an incredibly diverse population – and I promise you “white” wasn’t the majority.

The point is, I was raised to celebrate diversity, experience ethnic cultures, and enjoy the differences every household brought. I was well into my twenties before I realized that most people didn’t have the same kind of perspective as I did.

I want to write an in-depth article about my opinion on it and what the Bible says about it, but Gregg already did. In March he felt convicted to really put it all out there. He covers the origins of the current secular myth of “race” and the reality of the social constructions of race as well as how Christ followers probably ought to view and deal with this topic.

I really encourage you to read it, to hear it, to pay attention to the way that our society has fallen victim to Satan, who has spent decades trying to divide us and destroy the fabric of our culture with lies.

If you feel a knee-jerk defense against any words in this article or the one my husband penned, then I encourage you to get on your knees and seek out what God has to say about it. Because I promise you, He has something to say.