Interview with Christa MacDonald and a Giveaway!

Interview with Susan Aylworth and a Giveaway!

Welcome to Readers Write to Know! I asked you, my readers, what questions they would ask their favorite authors if given the chance, and the authors visiting my blog answered them! This week, I am so happy to have Susan Aylworth as my guest. As I was reading her interview, I could not help but think about one of my best friends, whose parents were one of those thousands who lost their home in Paradise, California a couple of years ago. I LOVE that Susan, whose heart and love for Christ just shines through her words here, incorporated that tragedy in her series. Susan is giving away THREE books to one reader! Read on to see how you can enter to win!

Tell us a little bit about yourself. I’ve always wanted to write, ever since I was little. Like many pre-teen girls, I was horse-crazy and read all the horse stories I could find. In the early grades, I read Marguerite Henry. Third grade brought Black Beauty. Later I read The Black Stallion, The Island Stallion, and other books by Walter Farley.

I was in the fifth grade when I started my own horse novel on a yellow legal pad. I was so proud of myself! I wrote eight whole pages, essentially plagiarizing Black Beauty, but I had such fun. I told my parents I wanted to be a novelist and they, like many wise parents, insisted I prepare for a “real” career. It’s taken me decades to make writing my real career, but I’m loving it!

When I married, writing took a back seat to family. My husband, Roger, and I have been married more than 49 years. We love to travel and to visit our children and theirs. Our faith is at the center of our lives.

Tell us about your current release. My latest books are “The Seasons of Destiny” 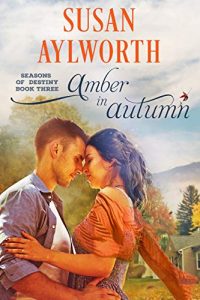 series, each set in a different season in the fictional town of Destiny, California. When I imagined the series, I pictured a town founded in the Gold Rush, now trying to stay relevant in the twenty-first century. I envisioned Destiny with the kind of warm, loving spirit as our neighboring foothill community, Paradise. Paris in the Springtime used that setting.

I began the writing of Sunny’s Summer a few weeks after Paradise and the nearby communities of Concow and Pulga burned to ash. The Camp Fire disaster displaced about 50,000 neighbors. Although some were evacuated on a temporary basis, more than half lost everything they owned. Seeing the ruins, I couldn’t choose not to write about it. Eighty-five deaths is a terrible toll, but it was only by the grace of God that we didn’t lose hundreds, maybe thousands. The haunting stories told by the survivors drove the story in Sunny’s Summer, even though much of the tale still centers in Destiny.

Amber in Autumn, which appeared this fall, takes us back into Destiny, but considers other questions. How does one heal after great betrayal? How does a family overcome the effects of a loved one’s addiction? The final book of the four is Winter Skye. Skye is Sunny’s sister and Amber’s cousin. A recovering addict, Skye has her own story to tell, one of fear and frustration, healing and hope, and the need to accept and trust God’s plan. She’s a fascinating character, one I’ve come to know and love.

Throughout this series, I’ve referred to a “girl group,” a set of five sisters and cousins, all musicians and songwriters, friends of the characters in the Seasons series, who perform together in a highly successful country-pop band. The next series will be about the five Daughters of Destiny.

What is one thing that you never saw yourself doing and either do it now or have done? When we hear about jail populations, we can easily imagine feral creatures, barely human and absolutely terrifying. Certainly there are monsters in the prison system, but most incarcerated people are ordinary folks who’ve made some poor choices or stumbled into mistakes.

When my husband and I were asked to serve as addiction recovery missionaries in the Navajo Nation, we were eager to help. I had second thoughts when we were invited to take our Christ-centered twelve-step program into the jails. I had never seen myself hanging out behind bars.

I remembered the Savior’s words in Matthew about visiting those in prison, “Inasmuch as ye have done it unto one of the least of these, my brethren, ye have done it unto me.” So I squared my shoulders and walked into one of the most amazing, life-changing experiences I can imagine. I learned to love those men and women deeply. Now that we’ve returned to California, I miss them. My husband and I are working with our sheriff to take the same program into our county jail.

Who do you envision your typical reader to be? My books are read and enjoyed by some men, but most of my readers are women. Like me, they enjoy falling in love along with my characters. They like stories of women and men who overcome differences to make lasting commitments. They do not enjoy swearing or coarse language, nor do they want graphic scenes of sex or violence. They want the tender emotions of discovering love without the words and mental images that make them uncomfortable. I choose to write the same kind of story, ones I could read with my mother, my young granddaughters, or my brother and sisters at church.

How do you push past the fear of your writing being average and be bold enough to sell it to a publisher (or agent or audience if you self-publish)? This was a big hang-up for me. I knew my books were better written than many published novels I read, but when compared to the best-sellers, I felt very average indeed. I wrote because I badly wanted to both write and publish, but I didn’t have the confidence to submit. Throughout that time, I prayed to know how God would have me invest the gifts He had given me.

Through a series of events that could hardly be coincidences, I met a published novelist who said if I’d submit by X date, she’d introduce me to her editor. Knowing I couldn’t dodge that opportunity, I submitted. It worked. That led to my first published novel in February 1990.

Since then I’ve worked with three other publishers and a high-powered agent and have self-published as well. If I let myself start comparing to the big names, I can easily lose confidence again. When I allow myself to see the many ways I’ve been led and inspired, I know I’m doing what He would have me do. That gives me confidence to keep working.

How did you determine whether to self-publish or seek a traditional publisher? When I first got into the business, traditional publishing was the only way to go. After hitting a snag in my writing career, I read an article called, “An author needs a publisher like a fish needs a bicycle.” I thought WHAT?! But I already used the Internet for other kinds of projects and had begun purchasing books online, so it wasn’t that big a transition, once I’d given myself time to think about it.

By then, I had a batch of traditionally published novels which I could update and republish as eBooks. I continued working with one traditional publisher while self-publishing new books to add to that original series and moving on to other work as well. In the business, I’m called a hybrid author, one who does both traditional and self-publishing. I see advantages in both.

Do you have your plotline and character development already laid out before you begin writing a book, or do they develop as you write? The novelists I know speak of planners and pantsers, the pantsers being those who sit down and begin writing “by the seat of their pants,” letting the story develop as they go. I’m something of a cross between the two, but more of a pantser. Because I’m writing romances, I know my hero and heroine need to be well-matched, even if they can’t see it in the beginning, and I know that, of course, they’ll end up together.

I imagine my heroine and then picture a man who will challenge and be challenged by her. I let the two of them develop in my mind until I feel I know them. Then I put them together in a setting I enjoy and let them tell me where the story will go. Although I almost always know what their major conflicts will be when I begin, they sometimes share confidences I didn’t know about. In Amber in Autumn, I knew what their make-or-break moment had to be. They said it didn’t work and came up with something entirely different. 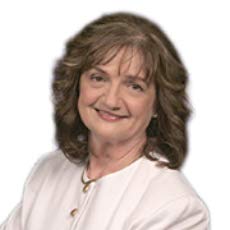 Although I find it frustrating when characters rebel and go their own way, I also know the stories are more authentic when they’re true to the people and personalities I’ve created. And yes, before you ask, I know how neurotic it sounds to talk about made-up people “rebelling” or refusing to do as they’re told. It’s the kind of crazy talk you hear when you hang with people who chat with their imaginary friends for a living.

Do you have pre-determined length in mind when you first begin a book? I didn’t when I first began writing. Now, after some years in and around the business, I realize there are some predetermined lengths that are generally expected for different kinds of books. When working with a publisher, I try to stick closely to those guidelines. When self-publishing, I take off and write, letting the story tell me how long it needs to be. Still I find that my stories develop in similar ways and lengths. As an example, the Seasons of Destiny novels all run between about 63 and 67,000 words. That’s a fairly narrow window consider I didn’t plan the length when I began.

Where’s the strangest place you’ve ever had a great writing idea? For people who’ve learned to cultivate creative thought, ideas appear everywhere. I can hear a news story, think “what if…?” and see the potential for a novel. I can be driving down the road or taking a shower and have the seed of a story pop into my head. Sometimes that seed comes full-grown. Sometimes it’s a tiny idea, but it grows while I’m pushing a shopping cart or taking a walk. Ideas are everywhere when you’re open to them.

My writer friends tell me, and I’ve also found it true, that the most common question addressed to them is, “Where do you get your ideas?” My daughter-in-law, who’s a math teacher, asked me that once. I explained to her that I don’t see numbers in my head the way she does and I can’t manage them with ease, either. What comes to her as both a gift and a practiced skill is foreign to me. My gifts and skills run to ideas and words. The same is true of all my writing friends. Whether math whiz or author, mechanical wizard or top athlete, we all come with our own innate gifts. It’s how we choose to use and develop them that makes us who we are.

Here is where you can find Susan online:

Susan is giving away 3 ebooks to a lucky reader! See below how you can enter to win:
a Rafflecopter giveaway