Interview with Patrick E. Craig and a Giveaway!

Welcome to Readers Write to Know! I asked you, my readers, what questions they would ask their favorite authors if given the chance, and the authors visiting my blog answered them! This week, I’m so excited to bring you Amish fiction writer Patrick E. Craig. Because I’m completely and hopelessly tone def, musicians fascinate me. I always want to know how their minds work and how they perceive the world. I love that Patrick is a musician turned author, because it gives me a chance to glimpse into that part of him that a non-author couldn’t ever show me! I hope you enjoy his interview as much as I did. Read on to see how you can enter to win BOTH of his current releases!

Tell us a little bit about yourself. Hi Everyone! My name is Patrick E. Craig and I am a 72 year-old author, former professional musician with two albums on Warner Brothers Records and a former pastor. I am one of six men who write Amish fiction. I am married with two children and five grandchildren and I currently lived in Idaho, but I lived in California for many years. I am what those in the know call a hybrid author—I have had books published by a traditional publishing house and I have published indie books. Right now I have seven books out and am finishing the edits on my eighth book, which will be released in February. I just signed contracts to write nine more books—a historical romance series set in the Wars of the Roses, a thriller series, and an Amish cozy mystery series. I love camping and fishing, and I enjoy working around my place in the rural Treasure Valley. 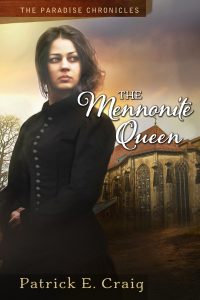 Tell us about your current release. I actually have two current releases. The first is The Mennonite Queen, which I published independently through my imprint, P&J Publishing. It is the final book in a six-book set that includes two series, Apple Creek Dreams and The Paradise Chronicles, about the same family. It is set in Medieval Europe and tells my fictional version of how a real Hungarian Queen came to write the first edict of religious toleration in Europe in 1556. Here’s the book blurb:  Isabella, Princess of Poland, is raised to a life of great wealth and leisure in the Polish Royal Court, destined to marry a king. But fate or divine providence intervenes when she meets Johan Hirschberg, a young Anabaptist who works in her father’s stable. This chance meeting leads the young couple into a forbidden love. Together they flee Poland and embark on a dangerous journey that brings them, after great peril, to the small parish of a troubled priest named Menno Simons, who with their help will become the founder of the Mennonite faith. Catholic Bishop, Franz von Waldek, paid by King Sigismund, Isabella’s father to find the princess at all costs, pursues them across Europe. Isabella does not know it, but if von Waldek captures her, she will have to make a choice that will change the course of European history forever.

My other release just came out in September and is published by Elk Lake Publishing. It is titled The Mystery of Ghost Dancer Ranch and is a YA mystery story in the tradition of the Hardy Boys and Nancy Drew with a little Frank Peretti mixed in. Here’s the story: Cousins Hannah and Jacie, known as Punkin and Boo, are at their grandparent’s ranch in California for the summer. While exploring the old ranch, the girls stumble on a mystery that involves desperate crooks, the ghost of a long-dead Sioux war chief, a young Native American man on a mission to save his tribe, and secret tunnels and caves left over from an old Spanish Mission. Throw in a guardian angel who protects the girls from some evil spirits that want to bring the story to a bad end, and you have The Mystery of Ghost Dancer Ranch, the first in a series of faith-filled mystery adventures for young adults, featuring Punkin and Boo.

If you knew ahead of time your book would benefit only one person on their spiritual journey, would you still write it? Sure I would. Being a Christian writer includes the mandate to share the Gospel of Jesus Christ. All of my books do that. The question makes me think of the many stories about pastors and ministers who struggled in obscurity all their lives, leading a few people to Christ but those people became great missionaries or speakers who impacted the world greatly for Christ. So I just keep writing, because you never know what God has in mind. A New York Times bestseller would be great, but that is not why I do this.

Do you feel pressured to compromise your standards in order to reach a larger audience or be more successful? Interesting question because I am right in the middle of that quandary. I have just co-written a novel with Murray Pura, a brilliant Canadian author who has published over twenty novels. Our book is a WW II story about three Mennonite boys who join the Marines after Pearl Harbor. Each has their own reasons for joining up.  The three men end up on Guadalcanal and through the horrors of war come to a deeper understanding of their relationship to God and Christ. Our dilemma is this: We have had Beta readers with military background read the book and tell us that unless we put in some realistic “Marine” language, anybody with a military background (which would be a large percent of the readers) will put it down as “inauthentic.” So we have “salted” the language—no taking of the Lord’s name in vain or overt sexual references, but definitely “Marines in battle” language in some scenes. Because Christ is presented clearly in the book, we don’t feel we have compromised, but some of our Amish fan base have been put off by the idea and I guess that represents pressure from both sides. 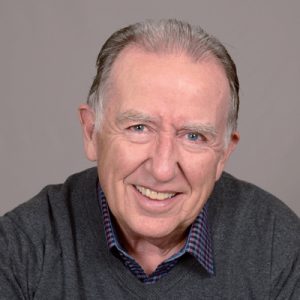 Before I started writing Amish fiction, I did not know that “Amish” was the largest selling Christian genre and had been for many years. I had never read a Beverly Lewis book or Wanda Brunstetter. So when I was asked to submit an idea for an Amish series to Harvest House, I just did my own thing, not thinking anything would come of it. To my surprise, they bought the series. So I wrote it, unencumbered by any knowledge of what was selling in Amish books. Imagine my surprise when I discovered that most Amish books were light-hearted romances where everything turned out “peachy-keen” for the simple reason that the protagonists were Amish! Christian books can and should be entertaining, but not to the detriment of the Gospel. I have watched the Amish market get flooded with hundreds of over-romanticized books, many of which are poorly written—heavy on “love”, light on Jesus. I am not slamming the whole industry, because there are many, many WONDERFUL Christian authors. I just think it’s a tendency we need to look out for.

With all those characters in your head screaming to get out how do you write fast enough to get it all down? I am a morning writer, so I get up around 5:30 and just go after it. I am the kind of writer who gets the book organized (timeline, Chapter outline, notes, research) before I ever start. I also think about a story for a long time, so that when I do start I have the bones in my computer and in my head and I just start fleshing it out. Some books come right out, some take a long time. I have over sixty story ideas in my “projects” folder, and I hope I live long enough to get half of them written.

What inspired you to start writing, or did you always want to write? I published my first article in the school paper when I was seven years old. I got such a good reaction from my family and friends that I decided writing would be a good thing to do. I also had a grandmother who was a real Irish Shanachie, a historian-storyteller and an aunt, her daughter who was a brilliant writer. My own mother wrote a book about her experience with MS which I wrote while she dictated from her bed. When I became a professional musician, my favorite part was song-writing and I always wrote “story” songs. As a pastor, I wrote several non-fiction teaching books, but I always wanted to write fiction so when I retired, I started doing it. That was in 2007 and I’ve written nine books since then. 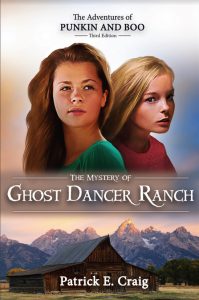 How did you determine whether to self-publish or seek a traditional publisher? When I finished the Apple Creek Dreams series at Harvest House, they went through a major restructuring and eliminated most of their fiction department. So they did not pick up my second series. But I had it all laid out and ready to go, so I did a quick (one year) study on self-publishing and took the plunge. Now I teach classes on the subject for ACFW and other Writer’s groups. Interestingly enough, one of my Indie books was picked up by Harlequin and put into Walmart stores across the country. And I have just contracted with Elk Lake Publishing to produce three more series besides The Adventures of Punkin and Boo.

Do you have your plotline and character development already laid out before you begin writing a book, or do they develop as you write? Yes, I mentioned that in a previous question. I am not a “pantser”—I have to have the book laid out before I start, especially the historical fiction.  So I do a chapter outline with a blurb about what happens in each chapter, I do a timeline of all the events, I write a synopsis of the story, and I do at least a one-paragraph character study of each of the main characters.

What advice do you have for aspiring writers? Tell the story—get it out of your heart and onto paper. Let God do the rest.

Here is where you can find Patrick online:

https://twitter.com/PatrickECraig  Twitter
Patrick is giving away a signed copy of The Mennonite Queen and The Mystery of Ghost Dancer Ranch to a reader! See below how you can enter to win: a Rafflecopter giveaway