Welcome to Readers Write to Know! I asked you, my readers, what questions they would ask their favorite authors if given the chance. This week, I’m so happy to introduce you to Teresa Pollard. I really enjoyed Teresa’s wisdom as I read through this interview. I am also fascinated by the storyline of her upcoming release, Not Ashamed. Read on to see what I’m talking about. I hope you enjoy this interview as much as I did!

Tell us a little bit about yourself: Hi, I’m Teresa Pollard. I’m the author of two books already out, Not Guilty (written with Candi Pullen) and Tokens of Promise, and I have two more due out this year from Hope Springs books called Not Ashamed (also written with Candi Pullen) and Woman of Light. I’m a Mom, a Grandma, and I’ve been a Sunday School teacher and children’s worker for most of the last forty some years. Although I’m not from a Christian family, I came to know Christ at an early age. I was married for forty years, but I’m now divorced. I live in Dacula, GA, and I write a blog every Tuesday called Teresa Talks Taboo: Applying God’s Word in an Ungodly World. Join me at http://teresatalkstaboo.wordpress.com. I’d love to have your comments. 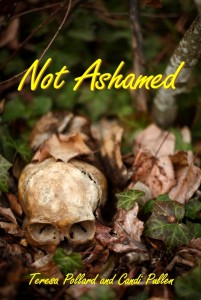 Tell us about your current release. Not Ashamed is due out in July. The sequel to Not Guilty, it’s the story of Charity Wright, a young woman born of the rape of her mother, Carrie Shepherd Wright. Charity comes home from Africa determined to confront her rapist father, but before she can, she’s caught up in a murder mystery. Can she learn to forgive, or will her anger lead her to her own destruction?

If you knew ahead of time your book would benefit only one person on their spiritual journey, would you still write it? Absolutely. Not Guilty sat on my shelf for thirty years before it was published. But it had been read by a few people in my church and where I worked in the meantime, and I knew it had already impacted them. Yes, my desire is to reach many, because I think there are a lot of hurting people out there it could help, but if it helps even one, it was worth it, especially in God’s eyes, and that’s who I seek to please. 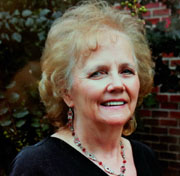 Do you feel pressured to compromise your standards in order to reach a larger audience or be more successful? Not at all. I have a GREAT publisher in HopeSprings. They have the same goals I do: to reach people for Jesus in an entertaining, but meaningful way. They’re a pro-life publishing company that sees publishing as a ministry. Yes, we all want to reach as many people as possible and be successful, but money isn’t the primary goal. Serving our Savior is.

What do you think is lacking in Christian Fiction? In a lot of it, Christianity. It’s like we’re so afraid of offending the audience, that we don’t really deliver the message. On the other extreme, there are those who would leave out the fun. We have to engage our reader. Let them see real people they can relate to, with all their flaws and foibles, and see them find the answers they need in Christ.

What’s the first major news headline that you can remember and what do you remember? I’m an old lady, so that’s a lot of headlines. I was in an eighth grade English class at Manchester High School in Richmond, VA when John Kennedy was shot and killed in Dallas, TX. The principal’s voice came over the intercom to tell us the news, and that all classes were immediately canceled. I still remember the utter silence. I don’t ever remember it being that quiet before or after. It was like we were even walking on tiptoe instead of the usual noise of shuffling feet. Even the bus ride home was the same way. No one said a word. It was so eerie. It was like Death reigned that day. But, praise God, he doesn’t have the final say. 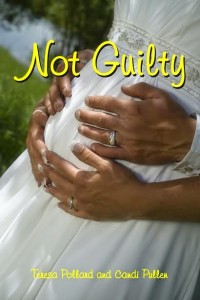 What inspired you to start writing, or did you always want to write? I have to laugh every time I get this question, because I started writing on a dare from a friend. No, I didn’t always want to write. I had a hard time writing a letter or a note on a birthday card. But I am a voracious reader. So my friend gave me a grocery bag of Harlequin romances. After reading most of them, I complained to her that they all had the identical plot. I said, “I can write a better novel than this,” so she dared me to. I’ve been writing ever since. Like I said though, it took thirty years for the first one to get published. My creative writing professor told me I never would. He said my writing was too “righteous” for any secular publisher, and too “sexual” for any Christian publisher. I had to agree. I thank God that He raised up a publisher like HopeSprings that is willing to tackle the real issues that face women today.

Do you have your plotline and character development already laid out before you begin writing a book, or do they develop as you write? Yes, and yes. I generally have a general plotline before I start, and I know where I’m going, so it’s like I know the beginning and the end, but I do allow the characters to develop themselves along the way, and sometimes to surprise me with their own twists. This allows some interesting subplots to develop, and also gives fodder maybe to be developed in a future sequel.

What advice do you have for aspiring writers? As Nike says, “Just do it.” Write, write, and write some more. Don’t worry about getting it published. It it is His will, it will happen in His timing. First you must find your voice. What do you want to write about? What thrills your soul? If you’re writing just to please an audience, forget it. It’s not worth it.   Let Him show you the way to express your passion. In the meantime, your writing will show you things about yourself that you didn’t even realize, and if you share your writing with your friends, it can inspire them too.