Interview with Author Rachel Trautmiller and a Giveaway!

Welcome to Readers Write to Know! I asked you, my readers, what questions they would ask their favorite authors if given the chance, and the authors visiting my blog answered them! I love it when my personal friends are part of my blog, and this week I’m excited to introduce you to Rachel Trautmiller! For years, Rachel and I have moved in and out of the same writing circles on social media and she’s always been someone I love and respect. I hope you enjoy her interview as much as I did! And, Rachel is giving away an ebook of her romantic suspense collection Targeted AND an ebook of her book Knight Revival.   Make sure you read on to see all the ways you can enter to win!

Tell us a little bit about yourself. Thanks so much for chatting with me, Hallee. I’m the oldest of six and grew up on a farm in rural Minnesota. As a result, I now enjoy seeing pictures of snow, but I’m glad there’s none where I live in California (although I do miss snowball fights and snow forts and all the magical things about that cold white stuff this time of year). I also don’t enjoy any type of farming and/or gardening. To be fair, I have a black thumb and I remember pulling out more vegetables than weeds as a kid. I love thunderstorms and wanted to be a storm chaser for a brief moment in time, back when I was naïve enough to think nothing would ever harm me. I’ve always been fascinated by the military and anything patriotic (a love I get from my dad), health-related topics (the heart is my favorite), and writing (of course). 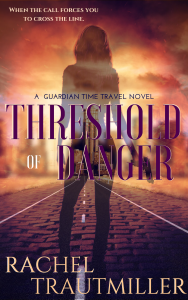 Tell us about your current release. My current release, Threshold of Danger, is  on pre-order and set to release December 26, 2018 (or sooner). I can’t say it better than these crazy characters. Check it out.

USAF Pilot Elliot Knight’s days of jumping without a safety net are firmly in the past. There’s nothing and no one that would ever convince him to dust off his time travel gear and take the ultimate leap.

Hope Alive Operative Samantha Billings’ life has been limited by a past she can’t change and an ex-husband who won’t let her go. An ex-husband who is convinced her sister is responsible for a recent attempt on Sam’s life. 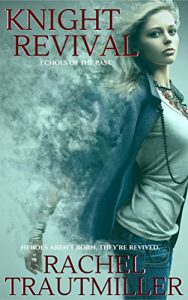 As a former Foreign Correspondent, Haley Billings has been around the globe sharing stories of both extreme heroism and violent tragedy, including that of her own dark hour. The one that sent her into the clutches of severe alcoholism interrupted only by implicating memories and a host of secrets she can never share. Not even with her sister, Sam—the only person who hasn’t given up on her.

Captain Simon Riley would love nothing better than to put Haley Billings behind bars where she can’t hurt anyone ever again with her exaggerated articles. Where her stories are only just that. But he’s already been down this road. One that resulted in two unnecessary deaths. A preventable suicide. A missing girl.

When a woman who was brutally murdered six months earlier reappears, Haley knows her secrets can’t be hidden any longer—even the ones lost in the abyss of her mind. And Simon knows none of them are safe. Because whatever Haley has done—or not done—is coming for her. Coming for Sam. Coming for Elliot.

Enticing them across the threshold. Right into the hands of danger.

With all those characters in your head screaming to get out how do you write fast enough to get it all down? I carry a notebook with me at ALL times—in my purse, in my car, on my nightstand. I have one for each novel and I label them afterward, because there are numerous details that I never even use in my novels. You never know when a “deleted scene” will come in handy for another book. I also tend to get up early (4:30 a.m.) when I’m approaching a deadline so that I can write before my family is awake. (Coffee, please!)

How do you push past the fear of your writing being average and be bold enough to sell it to a publisher(or agent or audience if you self publish)? I write what I like to read, but I struggle with doubt about it all the time. My writing process usually includes a lot of excitement followed by the intense urge to throw my hard drive away and quit. I alternate in this aggravating and awesome universe until I hit PUBLISH.

I’m starting book #7 and I doubt this will ever change. How do I get past it? I can’t NOT write. I’ve tried. I’ve honestly sat back and decided that my life was too busy or crazy, the characters were stuck inside my brain with no way for me to release them, and I’ve thought, well, this is it. That last book was the last one. That’s how it happens. And then, those crazy characters show up again. And they’re so alive and vibrant. Their stories grab me—sort of like one of the main characters in my newest novel, Threshold of Danger. Haley Billings is a journalist—a writer—she’s tried putting the story of a lifetime away. It chased her down and left her little choice but to follow the trail of clues right through danger.

Who was your first Screen/Musical Crush? First screen crush? This one always makes me laugh. Devon Sawa from Little Giants, Casper, and Now and Then. 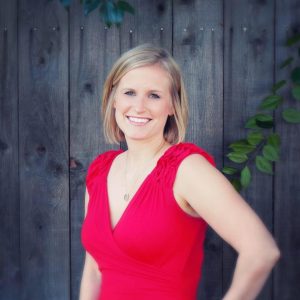 What inspired you to start writing, or did you always want to write? I have always wanted to write. I was given a journal around five or six and I wrote in it all the time. I remember seeing adventure and possibility in every situation. Pulling weeds? Pretend you’re an indentured servant (inspired by a history lesson). Shoveling snow? Pretend that Marty McFly is going to show up with Doc Brown and take you on an adventure in the Time Machine. Mowing the lawn? Pretend you are on a pirate ship sailing the high seas.

My inspiration? Childhood. Boredom. I have no idea, but my brain never stops. Even in my dreams (when I remember them), there’s adventure and danger. It all has to go somewhere.

What made you take the plunge and finally do it? Honestly, I have no idea, but I have been asked this question. Particularly because I completed my very first novel about fifteen years ago. I never did anything with it. No editors. No critique groups or early readers. I wrote it and then let dust settle all over it. Subconsciously, I think I knew it wasn’t publishable. Not every book or idea is (believe me, I’ve got characters and their stories running around that will never see the light of day). I didn’t stop, though. I took their story and background and wrote about their children. And I spent about ten years sitting on that novel. I made all sorts of excuses—time, money, relevance. And then I moved, started a new job, and had a child. And suddenly, the light went on. If I wanted to do this—if I wanted to actually publish a book—I had to just do it. Not talk about it. Not spend countless hours rewriting the same scenes. I needed to push. To treat it like a job, but learn to enjoy it along the way. And that’s how Linked (currently part of a boxed set, Targeted) was born. 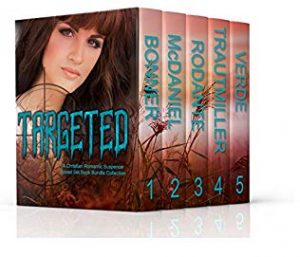 Which of your characters most reflects your personality? Man, this is a hard one. I have to identify with them all—even the villains—in order to write them. So there are facets I could say are relative to who I am. In my Echoes of the Past series, I could pick Detective Amanda Nettles due to her diligence to her job and family and her sassy wit (although, I am much slower to the draw). But she’s far more altruistic and fearless than I am. The closest is likely Charleen “Vi” Davis. She’s a little bit reserved and has hard edges that make getting close to her a little tricky, but she’s not afraid to do the job that needs to be done—even if that job is behind-the-scenes and off everyone’s radar.  And once she gets something in her head, she will get it done—no matter what forces conspire against her!