Interview with Author Tanya Eavenson and a Giveaway!

Welcome to Readers Write to Know! I asked you, my readers, what questions they would ask their favorite authors if given the chance, and the authors visiting my blog answered them! Today, I’m so happy to introduce you to Pamela S. Meyers. I met Pamela when I spoke to the Chicago ACFW (American Christian Fiction Writers) group, and have been able to touch base with her a couple of times at conferences. She is a joy to talk to, and I very much enjoyed her interview. Read on to see how you can win a copy of her latest release, Second Chance Love!

I was raised in Wisconsin since I was two years old and consider myself to be a Cheesehead through and through. I currently lives in suburban Chicago with my two rescue cats. 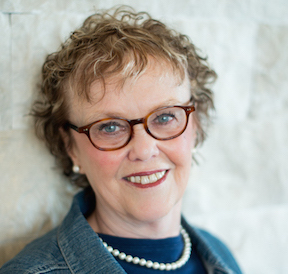 I have been a member of American Christian Fiction Writers (ACFW) since nearly it’s inception and served in several leadership roles at the national level and locally in my chapter. I’ve published several novels since my first in 2011, Thyme for Love. My historical romance, Love Finds You in Lake Geneva, Wisconsin, is set in my hometown in 1933 and it was a gift from God to be able to set a story there. (My two cats are named after the characters in the book.) In 2016 I indie published a novella collection called The Bucket List Dare with three outstanding authors.

My latest release, Second Chance Love, a rodeo romance, is set at an southern Illinois rodeo.

Chicago lawyer Sydney Knight and Texas bull rider Jace McGowan have nothing in common but everything to lose when they are thrust together during a weekend rodeo in rural Illinois. Neither one of them would have imagined two years ago that the deep attraction they sensed during a day-long outing would resurface when Sydney’s boss assigns her to Jace’s legal case.

Sydney has been through a world of hurt since losing her dad when she was sixteen, then being dumped the morning of her wedding. She’s sworn off romance and instead devotes her time toward a partnership in her father’s law office.

Jace has found faith in God and wants out of his sponsor contract with a risqué restaurant chain that requires him to pose with scantily-clad women. He’s about to bail on the contract and pay steep penalties something he can ill afford, given that his deceased father left the family with unpaid taxes.

Sydney is determined she’ll get Jace out of his contract and return to Chicago with her heart intact, but Jace is just as determined to help her see they’re meant to be together. Can a city girl with roots deep in Chicago and a bull-riding rancher with roots deep in Texas give themselves a second chance at love?

Do you feel pressured to compromise your standards in order to reach a larger audience or be more successful?  No. I feel God called me to write and to write for Him. I’ve never considered writing for the general fiction market and have always targeted the Christian fiction audience. Sure, I could probably make more sales in the general market by taking out the spiritual plot thread and adding a bit more heat to the romantic scenes, but I know that’s not part of God’s economy and it isn’t part of mine either. My former agent used to say, we need to write our stories even if it’s for an audience of one that God has determined needs to read the story. I guess that also answers your other question LOL.

What’s the first major news headline that you can remember and what do you remember? I’m older than dirt so remember quite a ways back. I have a very vague memory of Queen Elizabeth’s coronation (perhaps prompted by the Netflix series “The Crown”), of Alan Shepherd making the first sub-orbital flight into space, the Cuban Missile Crisis and the moon walk. In pop culture I was sadly reminded recently of the terrible scandal when Eddie Fisher left Debbie Reynolds for Elizabeth Taylor, and the Beatles appearing on Ed Sullivan. Some reading this might wonder who Ed Sullivan was. His variety show came on TV every Sunday night for years. He was anything but cool, but that night he was the coolest guy around. He had the Beatles on his show! 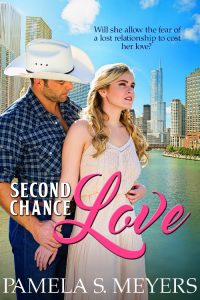 What inspired you to start writing, or did you always want to write? I’ve always felt the need to write things down. When I was eight I asked for a diary for Christmas and I immediately began recording everything I did every day—that lasted about a month LOL. But, I periodically would get it out and write in it. I still have it and get a kick out of some of the things I wrote there from third grade until eighth. When I became involved in my church singles group, I became the editor of our monthly newsletter and wrote a column every issue. Then I enrolled at Trinity International University near my home in their accelerated adult program to earn my Bachelors. We were not given tests, but had to write a paper at the end of each course. I was in my happy place for sure and I began taking writing courses for my electives, including a creative writing course. Loved it and my writing prof encouraged me to explore ways to write as a profession. After graduation I attended the Write to Publish Writers Conference, which led to my hearing about American Christian Fiction Writers, which was in it’s infant stages. I owe a lot to ACFW for helping me to develop my craft and grow in that area. Through the organization I connected with industry people and eventually had my first novel published in 2011.

How did you make the initial step into writing your first novel. What were some of your major roadblocks and how did you overcome them? Back before everything was “online,” although the Internet was around to some extent, I took a novel writing course by snail mail from Writers Digest, which was really focused on the first 50 pages, although you did have to develop a plot for the enter book. The instructor had been published in Christian fiction, but that part of the CBA was in it’s infancy and she was learning along with me. I started writing a romance that was also heavy on women’s fiction type issues. By the time I signed up to attend the Write to Publish conference which is held locally, my instructor assured me my story was ready. It was not. This was a huge lesson to me in where not to start the story, dialogue, and how not to include boring little details, among other things. It would be years before I signed my first contract, but in that time I attended writing conferences, read writing craft books, joined crit groups and grew in developing my writing skills. When I finally signed my first contract in 2011, I knew it was in God’s timing and was so glad I had persevered and not given up.

How did you determine whether to self-publish or seek a traditional publisher? My first several novels were all traditionally published. During the time of writing those novels and their publication the publishing industry landscape began to change in tandem with the digital world of publishing. I never considered self-publishing an option until I received my rights back on my first two novels. I republished the first one, Thyme for Love, and learned a lot about the experience. Since then I’ve indie published a novella collection, The Bucket List Dare, with three other authors, and hope to indie publish other novels down the road. Last month my novel, Second Chance Love, released with Bling-an imprint of Lighthouse Publishing of the Carolinas, and I also hope to publish more books with them. I’m one of the new  breed of hybrid authors, going both ways.