Interview with Author Lisa Belcastro and a GIVEAWAY!

Welcome to Readers Write to Know!  I asked you, my readers, what questions they would ask their favorite authors if given the chance.  This week, I’m so pleased to introduce you to Merrillee Whren. I always love hearing about how authors come up with their story ideas, and as a suspense author, I find a special kinship with authors who get ideas about how to murder someone! I very much enjoyed Merrillee’s interview and hope you do as well.

Tell us a little bit about yourself: This may be more than a little bit. I was born on my mother’s birthday in Rapid City, South Dakota, USA. Soon afterwards my parents moved to Montana. This would be the first of many moves in my life. After I graduated from high school in Spokane, Washington, I went back to South Dakota to attend Dakota Bible College where I received a degree in Christian Education. Then I attended Milligan College in Tennessee for another degree in Bible and Elementary Education. After graduation, I got a job teaching sixth grade near Cincinnati, Ohio, where I met my husband. We were married on Valentine’s Day and had our reception in Loveland. No wonder I became a romance writer. 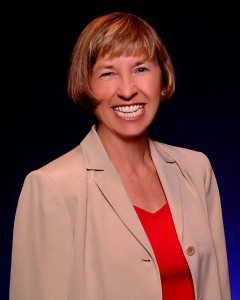 We started married life in Greenfield, Ohio, where my husband was a pharmacist at the local pharmacy. I continued teaching. Just before the birth of our first child, we moved to Hillsboro, Ohio. Daughter number one was born on June 18, 1978. One year later, to continue a family tradition of sharing birthdays, daughter number two was born on June 18, 1979. The girls are now grown and married.

The moves I made while growing up prepared me well for life with my husband whose career took us on a journey from a small town in Ohio to the cities of Atlanta, Boston, Dallas and Chicago. I have visited all fifty states in the USA and two dozen foreign countries. When my husband decided to start his own company, we moved to Amelia Island, Florida. We lived there for nearly twelve years until we moved to Arizona to be close to our granddaughters.

My writing journey has had as many stops along the way as my life’s journey. In 2003, after writing and revising eight manuscripts and receiving lots of rejections, I won the prestigious Romance Writers of America’s Golden Heart for best-unpublished inspirational manuscript. The following year, I made my first sale to Love Inspired Books, and I have written a dozen more books for them.

Tell us about your current release: Nursing the Soldier’s Heart is the second book in my Village of Hope series.

Nurse Kirsten Bailey places her family above all else. She refuses to give former army medic Brady Hewitt any leeway for being weeks late in visiting his ill grandmother. But Brady has a good excuse, and he’s eager to show the pretty nurse that first impressions aren’t always right. While working with Brady to care for his grandmother and two orphaned boys, Kirsten realizes that his charm and kindness aren’t an act. But Kirsten plans on doing missionary work abroad and she’s determined 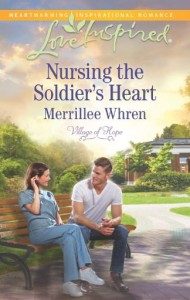 not to fall for this engaging soldier. Could the man she once dismissed be the one to make her stay forever?

What inspired you to start writing, or did you always want to write? I write romances because I always loved to read romances. They have happy endings, and I love a happy ending. After reading so many romances, I thought I would try to write one. I had always been a storyteller, but I had never considered writing something for publication until I was grown with children.

How did you determine whether to self-publish or seek a traditional publisher? When I first started writing, I didn’t even know about self-publishing. I bought a book about writing romances and learned about publishers from that book. After I had sent in my first manuscript and received a rejection, I started in on the second book. About that time Romance Writers of America had their conference in Atlanta where I lived at the time. That was thirty years ago, and I was able to register at the door. After many years of writing and many rejections, I finally made a sale to Love Inspired. When self-publishing lost much of its stigma in the writing community, I decided to self-publish the manuscript that won the RWA Golden Heart Award. I published A Place to Call Home in 2013. I have plans for future self-published books, as well, but they have been on hold while I completed a three-book contract for Love Inspired.

Do you have your plotline and character development already laid out before you begin writing a book, or do they develop as you write? When I start to write, I usually have a hero and heroine and the beginning scene in mind. I may know some of their background and the initial problem that they face. To sell on proposal to a publisher, I have to know more than that, but my preference is to start writing and see what develops most of the time because I really can’t figure out what is going to happen until I start writing. I liken it to walking down a dark hallway and having lights come on as I walk making things clearer as I step forward.

Do you have pre-determined length in mind when you first begin a book? Because I’ve written over a dozen books for Harlequin Love Inspired that has a pre-determined word length, my stories tend to be in that length, but my independently published stories tend to be longer because Love Inspired book were longer when I first started writing for that series, and I still have that length programmed into my internal storyteller. I always have to cut my books for Love Inspired to keep within the word count.

What is your preferred method of writing? (computer, pen & paper, etc.) Definitely computer. I started out with a typewriter, but I believe I may never have finished that first book if I’d had to complete it on the typewriter. Thankfully, my husband brought home one of the first portable PCs from his office, and I used that.

Where’s the strangest place you’ve ever had a great writing idea? This wasn’t a strange place, but an unusual object that prompted the idea for A PLACE TO CALL HOME. We lived in Massachusetts at the time, and I was outside shoveling snow and noticed this huge, huge icicle hanging off our garage. It was so big that I was sure it could kill someone if it hit them. I began to think about what might happen if someone actually used an icicle to kill someone. It would melt, and there would be no weapon. Of course, I write romance and not murder mysteries, so the story idea morphed over a decade before I actually sat down to write the story about a man who was unjustly accused of killing his wife.

Do you write your books for your own enjoyment or more for what you think people would want to read? I try to do both. If I don’t enjoy the story, how can I write it? Of course, when I write for a publisher, I have to write a story that will fit within their guidelines and expectations of their readers. Sometimes, I haven’t always agreed with what my editor wanted me to write, and so I didn’t write that story for a publisher. Those are the stories I am planning to self-publish.