Welcome to Readers Write to Know!  I asked you, my readers, what questions they would ask their favorite authors if given the chance.  This week, I’m excited to introduce to you K.R. Morrison.  K.R.’s book, Be Not Afraid, sounds absolutely fascinating.  I read the first chapter on her blog, and was immediately intrigued by the concept of a Christian Horror novel, as well as her setting.  Plus, she’s in the Willamette  Valley, which is where my parents are from and is also one of my favorite places in the world, so that makes her extra cool to me.  Please enjoy her interview as much as I did. 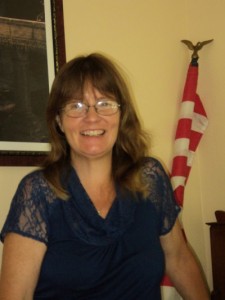 Born and raised in California, I lived among friends and family for 30 years. Then I did what I previously deemed the unthinkable—I moved out of state. I had no intention of ever doing this, until the Loma Prieta earthquake of 1989 dislodged my comfort zone—along with the neighbors’ hot water heaters and toilets. Scary—but the worst thing was the series of aftershocks that did not stop until three months later. So here I am in Oregon, surrounded by volcanoes. Oh yes, much safer…and I should mention we are still parked over a major fault. Sigh.

I love it here, though. I am surrounded by beautiful scenery and wonderful people. My husband and I have raised two terrific kids, both adults now. Besides writing, which is something fairly recent, I love to walk (any weather), work in my yard, quilt, and go to the beach. I’ve just put my vegetable garden to bed for the winter, and I’m watching my cold-weather plants as they start to wake up. The Willamette Valley is a perfect place for year-round gardening. As long as you don’t mind working in the rain.

My one and only finished/published book is “Be Not Afraid”, which is a rather ironic title. I’ve had people tell me they had nightmares or couldn’t sleep after reading it. But then again, some have taken the faith-based components to heart and have had their own faith strengthened. This may be considered a “niche” book by a lot of people. It is horror, because demonic evil is that very thing, but it is also very inspiring because of the ending. There are elements to it that bring the reader back out of that chasm of evil and into the light, giving hope to those who read it. There are so many books out now that almost seem to give honor to the darkness—this book does not.

* What inspired you to start writing, or did you always want to write?
* What made you take the plunge and finally do it?
* What is your inspiration for writing?
* I’m always intrigued by how writers get started…did you always have these books inside you and knew that you wanted to write them or did the idea just pop into your head one day and you decided to put pen to paper?
* Do you remember where you were or what you were doing when you started this story?

I can answer five questions with one or two paragraphs! Bonus!!

As I like to phrase it, this book was spawned by a nightmare I had. Ever have one of those dreams—good or bad—that utilized every one of your senses? Color, touch, emotion, all that? This was one of those—horribly so. I was being attacked by a vampire. (You have no idea how hard that last sentence was to write. I’m still squirming in my seat.) Before this, I had no thoughts or interest about such things. Now, the whole concept of them scares the crap out of me. Would you believe I can’t go back to read my own book?

The strangest thing was, when I woke up, I didn’t just say to myself, “Sure am glad that’s over!”, and go on from there. As I lay in bed, the scene in my mind shifted to someplace quite different, and from there the story began to grow. As the day, then the week, then the month went on, this story expanded and repeated itself over and over in my mind, getting bigger and more detailed every time. At one point, it took over an hour for the entire story to get through its entirety. Then it would go back to the beginning and start over. Finally I started writing it—and as I did, the part I wrote down disappeared from the constant narration in my mind. Once I started, it only took a couple of months to get it all written and ready to be published. 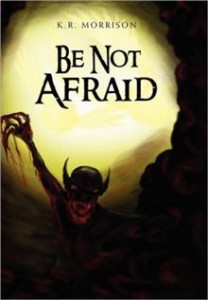 Not really. There are times when I’ll be writing, and will think, “Is thing never going to end?”. I have very little control over the size. I am hoping to end my current manuscript at Chapter 50, and am starting to write Chapter 44. I have the last two chapters, indeed the last sentence, already formatted in my mind. Chapters 44 and 45 are thought out also. Between these and the end chapters is a foggy chasm, populated by shapes that swirl around and mutter to themselves. What those will be has not really come to light yet, although once in awhile they poke their heads up and I get an idea of what will be.

Do not give up. Ask questions. Network, both online and in writing/critique groups. Choose a group that is at your level, though. There are some out there that live to tear down a person’s work mercilessly, but there are others that hand you a beverage of your choice and give you gentle advice. Facebook groups are a terrific source of finding editors/reviewers/other authors who share your goals and want to help you get there.

I always create with pen and paper first. This can make for a very heavy manuscript, however. My current MS is now at 604 handwritten pages. That is a lot of weight. But I really have no choice, because my fingers do not speak the same language that I do. It’s very distracting, and interrupts my thoughts. I’ve told them over and over that there is no “4” in the word “the”, but they do not listen. But this actually is a good thing, because I can do my first edit while I type my scrawls into the computer. I catch inconsistencies, repetitions, and plot holes this way. Then I re-read the typed chapter, which is where I make my second edit. Third edit is done by friends who agree to help me, for which I am very grateful.

At work, I walk the halls during my breaks. Down one dark, lonely hallway, there was a wooden crate stored to one side. I imagined an arm hanging out of the top of it, which not only made me walk a little faster, but put a scene in my mind for my current project. I don’t know if I’ll actually use it, but it is a thought.

I had, and still have, a series of books entitled “Classics To Grow On”. Hmmm…dangling participle, never noticed that before—good thing it’s a title. But I digress.

It is a series of such stories as “Robin Hood”, “Paul Bunyan”, and “Alice in Wonderland”. There are also poetry collections (Robert Louis Stevenson’s are my favorite) and even Shakespeare. These are not written in kid-speak—they are in the book as the authors wrote them. My mother would always read from these at night for my sister and me, and I am fortunate to still have them. I still read them occasionally; in fact, I’m reading “Paul Bunyan” now. It’s my exercise-bike book.

Lydia, definitely. She is a strong character, practical, and her faith is her central core. That is my aim. This book is, at its roots, a story of the relationship between God and His people, and what He is willing to do for their salvation. I wanted to write what I would like my response to Him would be, even through the worst trials. Lydia is a reflection of that. She does not always succeed in her faith; in fact, she loses it entirely at one point. But God reads the heart, and brings her back in a very dramatic way.

I simply walk away. And “walk” is literal. I hit the road, putting miles under my cross-trainers while I let the muse take control of the situation. I pray. These are, after all, books I want God’s influence in, not just my own. Something usually shows up in my mind—usually very surprising.

First book, plot was definitely laid out. It made me nuts until I finally wrote it down. I did have to go back and add a day; when I read through what I had written, I realized that my characters went to bed on a Saturday night and woke up on Monday. Now there’s a long nap! So I added a couple more chapters to the timeline.

Now my current manuscript, the prequel/sequel to my first one—the characters ganged up on me and decided there’d be a third one. And it is percolating in the back of my mind now. Not what I had planned at all.