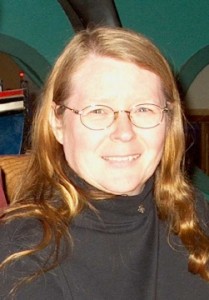 When I was a toddler, my dad wrote a story about me, sitting in my playpen, perusing page after page of magazines. My mom kept what she called a scribbler notebook in which she collected inspirational passages from books and magazines that she read. They taught me the joy of reading, but Walt Disney inspired me to write a novel. Before that, I often wrote poems anytime I was bored in school, instead of doodling like most of my classmates. Ellery Queen’s Mystery Magazine inspired me to try my hand at writing a crime short story, but like most of what I read, it was set in the past. When Disney described a gentleman pirate with a mysterious past, I decided to write a story based on Jean Laffite. I even took over the dining room to spread out my research. Marriage and career intervened until I began working for a school for seriously emotionally challenged teenagers. Stress is a given in that environment, so I turned to writing historical fiction to relieve that stress. While sitting in a boring staff meeting one day, I penned the opening scene of The Scottish Thistle. Now, I’m working to finish that Jean Laffite novel. 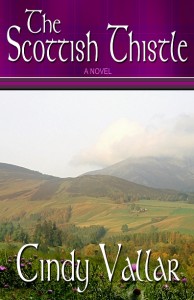 Not really. My stories are centered on an historical event, so that provides me with a timeline of what happens historically. I have my hero and heroine partially drawn and I know how they meet and how they end up, but they and the plotline develop as I write.

Write every day. The more you write, the better your writing becomes.

Don’t give up. No matter what others say or the number of rejections you may get, if you want to write, write. Take workshops that help hone your writing style and improve your technique.

Join a critique group. Your partner(s) will give you invaluable feedback that will improve your story and perhaps suggest parameters you never considered. They also keep you from being lazy with your writing.

It’s easier for me to create the tale when I see it on the screen now, so I prefer to use a computer. But that’s not how I initially started. When I first started writing, I always used pen and paper. Now, I tend to only use those implements when doing research, because it’s still easier for me to find the information I need if it’s beside me while I type than if I have to shift from one document to another on the screen.

I wouldn’t necessarily call these strange places, but my next story idea, for a novel set during the 1930s, came from unusual sources: a dumb law in a mystery magazine, a documentary, and a country music concert. Mary Higgins Clark used to publish a mystery magazine, which included dumb laws still on the books. The particular law that intrigued me concerned kissing in public. If you did so ten times, you were considered engaged and had to marry.

My husband’s company transferred him to Kansas, and while I was unpacking, I watched a PBS documentary about the Dust Bowl. It was April, a windy month in Kansas, and we lived in a new subdivision with a lot of construction. Even with the windows closed, dust collected on the sills, just as it did during the Dust Bowl. I realized this would make the perfect historical backdrop for the story. The title came from a Diamond Rio concert and one of the songs they sang, “Two Hearts Against the Wind.”

As a child, my favorite books were Marie McSwigan’s Snow Treasure, a story about a rust-colored Cocker Spaniel – which is why my first dog had to be this particular dog that I called Rusty because of his coloring – and several series: Cherry Ames, Sue Barton, and Nancy Drew. I also read a lot of Little Maida books growing up. We had a cabin in the woods, and each night my sisters and I took turns reading chapters from the books using a flashlight, before we went to bed.

There are elements of me in all my heroines. I’ve always been a tomboy and something of a rebel, which is what my heroines tend to be.

I usually work on one of my pirate articles for Pirates and Privateers. Setting aside the novel for awhile usually disperses the block. If it doesn’t, it may mean I need to do some additional research. Sometimes, discussing the problem with my critique partners also helps. They’ve suggested avenues I hadn’t considered before.

All the time. For example, in doing one of the revisions of The Scottish Thistle, I introduced a new minor character named Fergus. Before long, he was telling me how he would work in several different scenes. Instead of being just one of Duncan’s comrades who guarded Sir Donald, Fergus decided he should meet one of the MacGregor lasses. He also chose to become one of Thistle’s men. When my characters assist in writing the scenes, the story is usually far better than I expect.