[table id=2 /]
Greater Than Rubies is available in e-book format from the following booksellers:

An autographed copy of Greater Than Rubies can be purchased directly from Hallee at this link.

Greater Than Rubies is available in audio at the following retailers:

Enjoy this sample from the Greater Than Rubies audio book:

From his cultured handsome looks to his vast fortune, Antonio “Tony” Viscolli is every red-blooded American girl’s dream match. It doesn’t hurt that he completely loves and adores Robin with all his heart and soul from practically the moment they first meet. Robin comes from a blistering past, struggling and fighting for the survival of herself and her two younger half-sisters in a cold, cruel world. By the time Tony thaws her heart, she has known hunger, poverty, violence, and want. Robin never had a chance to dream of a white wedding gown or a prince charming. Instead, her dreams were nightmares dark and clouded with fear and desperation.

Ultimately, Robin questions whether she is truly the girl of Tony’s dreams. Is she the woman God has made for him? In taking her on as a wife, would she act as helpmeet or poison apple? In truly loving Tony, would it be better to bind herself to him for all eternity or return his freedom? When her nightmares return in full force, they remind Robin of an even deeper and more terrifying prospect. Will she give in to her insecurities and cancel Boston’s “Royal Wedding” for good? Or, with God’s guidance, will Tony sacrifice everything to prove to his beloved Robin her true worth? 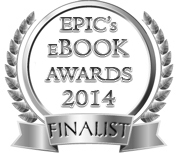 Greater Than Rubies is a 2014 EPIC™ Award Finalist in the Spiritual category.

ROBIN nervously fiddled with her ring while she waited for the Inside Boston magazine reporter to arrive. She sat in the conference room adjacent to the office of Tony’s public relations manager, Linda Cross. She still wore the clothes and makeup from the photo shoot that had taken place in a room just down the hall. She’d hoped Tony could be there for the photos, but the magazine had specifically requested only her.

The door opened and Robin’s heart lurched, but Linda entered alone. She was short and stocky, with a thick waist and jet black hair. Thick glasses with square black frames dominated her face. “Don will be in momentarily,” she said. “He’s signing some papers for me right now.” She raised an eyebrow behind her glasses. “No worries, Miss Bartlett. I’ll be here the whole time.”

“I’ve just never done this before.” She licked her lips.

“A year from now, it will be old hat,” Linda assured. Robin wondered if she meant that to intimidate her or make her feel more at ease, because, honestly, she wasn’t feeling better in the wake of that remark.

A tap at the door preceded the entrance of Don Roberts. He was younger than Robin, tall, boy-next-door good looking with straight brown hair and a fake tan. Nothing about him made her feel at ease about this interview.

He shook her hand – again – then sat in the chair adjacent to her. He took a phone out of his pocket, pressed a series of buttons on it, then set it on the table in front of her. She could only assume he’d activated some sort of recording device. “Miss Bartlett, Robin, thank you for giving me this opportunity.”

“It’s my pleasure,” she said around a suddenly too-dry mouth.

“Let’s go ahead and cover the basics. Tell us how you met Tony.”

This was the first person outside of church to address Tony as Tony and not Mr. Viscolli. It intrigued Robin. “He, ah, bought a restaurant where I worked.” She cleared her throat. “We met then.”

“And, to add a spice of romance to our story, how did he propose?”

Robin smiled and relaxed, thinking back. “Christmas Eve, on the beach in the Florida Keys.”

“That’s really nice,” Don said. He smiled. “Tony Viscolli is a powerful force in the business world, and not just in the Boston area. He has businesses all over the country and thousands of employees. What do you think drew him to you in particular?”

Uncomfortable, Robin shrugged. “I really couldn’t tell you. You’d have to ask him.”

“But we can probably guess what drew you to him, right?”

Robin put her hands in her lap and laced her fingers, squeezing them tightly. “If you knew his heart, or anything about him personally, you’d not have to ask that question. He is amazing and generous and loving, and I feel so incredibly blessed.”

“I beg your pardon?”

“Is he really all those things? Or simply uninformed?”

Robin felt her eyebrows crease under the thick makeup from the photo shoot. “What?”

“Does he know all there is to know about you?”

Robin shifted her eyes to Linda, who frowned but did not speak. “I beg your pardon?”

Don sat forward and tapped the top of the table with every question. He looked like an anaconda eyeing a mouse. “He knows you were a waitress moonlighting as a bartender. Does he know your father went to prison for drug smuggling and now faces double murder charges? Does he know your mother was an addict who was murdered in a drug deal? Does he know you, yourself, stabbed your foster parent in the back with a buck knife? Does he know you were a fugitive until you turned eighteen and your juvenile crimes were sealed? Does he know about the improprietary manner in which you had your former employer pull strings with city hall to clear your record so you could obtain custody of one of your sisters? How did you convince that retired sailor to help you pull those strings, Miss Bartlett?”

Panic swirled in her brain, freezing her ability to form cohesive thoughts. “I don’t – what are you –?” Robin gasped and looked from Don to Linda. Her heart pounded and she felt sweat break out on her forehead.

Linda pressed a button on the table next to her before standing. “Mr. Roberts? This interview is over. Our attorneys at the Anderson firm will be in contact with your editor in light of the NDA you signed and this particular line of questioning.”

“You can’t hide her. Believe me if I know, the tabloids know, too. This is the kind of rags to riches story that everyone will be clamoring after. You need to let her – ”

As he spoke the door opened and two uniformed security officers marched into the room. They walked straight up to Don. “You need to come with us, sir,” one of them said.

“Now.” The other one said, picking up the reporter’s phone from the table.

“We’ll return your property when you’re safely outside the building, sir.” The guard stepped aside, placing his body between Roberts and the two women, and gestured with his hand. “Right this way, sir.”

Roberts stood but quickly bent around the guard toward Robin. “You might as well figure out the best thing to do is embrace your story and tell it, or else others will do it with their own spin and you won’t be able to influence what they say.”

The second guard grabbed his arm at the elbow and said, “You’ve already outstayed your welcome, sir. Time to go.”

“Leave now,” the guard warned, “Without another word, or I will use force.” His finger stabbed in the direction of the door.

Robin stared at the closed door long after it shut behind them. Linda sat where Don had been and touched her hand. “I’m so sorry. All of his credentials checked out.”

With a shaking hand, Robin brushed the hair off of her forehead. “I’m not doing something like this again.”

Linda nodded. “I understand.” She pressed some buttons on her phone. “Margaret? I need to talk to Mr. V. This isn’t good.”

Without waiting for Linda to hang up the phone or Tony to come gallantly into the room, Robin gathered her bag and her coat and left. Linda tried to call her back, but she was stuck on hold with Tony’s office. Escape. Flee. Hide.

The elevator arrived. Thankful to find it empty, she slipped inside and pressed the lobby button, then the door close button in rapid succession. As soon as it started moving, she went to the back corner of the elevator and pressed back against the wall. She used to be good at hiding. Hide way in the back of the closet. Protect her sisters. Make the monsters forget you’re there.

But she couldn’t hide from her past, could she? What did she think she was doing, becoming Mrs. Antonio Viscolli? Inadequate didn’t begin to describe her. Her cell phone started ringing, but she turned it off as she stepped off of the elevator and into the lobby of the hotel. As she walked out of the doors, the valet lifted his hand in greeting, grabbed her keys, and rushed to get her car. With no choice but to wait, she slipped her coat on and shoved her hands into the pockets, lifting her shoulders against the wind. Before her car arrived, she felt Tony at her elbow.

“I’m not doing that again.”

“It will never happen again.”