Emerald Fire can be purchased in e-book format at the following booksellers:

An autographed paperback of Emerald Fire can be purchased directly from Hallee at this link.

Emerald Fire is available in audio book at the following retailers:

Enjoy a sample of the audio book: 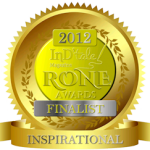 Emerald Fire was a 2012 RONE Award Finalist for Inspirational Novel of the Year.

A terrifying past imprisoned Maxine Bartlett all her adult life, shackling her with fear anytime a man even touched her.

In a spontaneous weekend, she unintentionally elopes with an unlikely groom. After a magical wedding night filled with love and passion, “Maxi” finally discards her dreadful chains. She doesn’t know that her new husband has turned his back on God. Worried over how the world might see the completely unexpected – and some would certainly say inappropriate – marriage, in his pride he promises Maxine a quiet annulment.

Unwilling to let their marriage disappear as if it never happened, Maxine refuses to cooperate. Seeking God’s will, she moves in with him and informs him that when he decides to act like her husband again, he will find his loving wife waiting for him right there in their home. As the days stretch into weeks, the newlyweds slowly begin to trust and even love each other.

Then, just as they begin to live the “happily ever after” love story that neither of them ever dreamed could come true, a sudden and nightmarish catastrophe strikes that could wreck everything. Will her husband realize that he must trust God once more? Can he find peace and strength enough to carry them through the flames?

MAXINE rolled over in the bed. As the blankets slipped off, she felt cool air on her shoulders. While her partially asleep brain pondered that, she tugged the sheets back up to cover herself and her ring caught a thread on the blanket.

Maxine’s eyes flew open as memories of the night before flooded her mind. She whipped her head around. The bed next to her was empty, the pillow indented from where her husband’s head had recently lain.

Alone in the bedroom, she lifted her left hand and stared. There sat the ridiculously enormous, preposterously expensive platinum ring, encrusted with emeralds and diamonds, that the man with whom she had been engaged for less than two hours before their wedding ceremony had picked out for her. When he slipped it onto her finger, he’d said something about the color of her eyes. Seconds later, he’d kissed her.

After a cursory glance around the room to be certain she was actually alone and the bedroom door was shut, she threw the covers off and rushed to the closet, looking for anything to wear. She grabbed a pair of jeans and a sweater and dashed to the bathroom, shutting and locking the door behind her. She leaned against the closed door for a moment while her heart raced and her mind reeled.

What in the name of all things holy had they done? Rather, what had she done?

With a few flicks of her wrist, she turned the water on for a shower and stopped to look at herself in the mirror. She lifted her fingers to her mouth and traced lips swollen from his kisses. Her green eyes sparkled like the emeralds on her finger. Normally, her olive complexion needed the help of cosmetics to bring out any kind of rosy flush. This morning, however, her cheeks looked rosy, flushed. She felt warm inside despite the morning chill.

In her entire adult life, no other man had ever even so much as kissed her. Not once. Many men had tried to taste her mouth, but whenever they’d gotten close enough, panic would rise up and make her push them away. That typically ended the relationship. The ones who suffered that humiliation soon learned that it wasn’t a onetime thing and very quickly gave up trying. As she stepped under the warm spray of water, she thought back to the night before and to her complete lack of fear.

“Husband and wife,” the Elvis impersonator had proclaimed with a shimmy and a shake. Then her husband had slowly leaned in close and taken her lips with his strong, masculine mouth as if they were the most delicate rose petals. Her knees had vanished and she felt his arm around her waist holding her up, lifting her, supporting her as she kissed his heavenly mouth.

Then, here, in this hotel suite last night on the very top floor of the Las Vegas casino, her husband had let her lead the way. It was as if he sensed that she needed to be able to control all of the activity. She never had to say anything to him or explain her fear. He just accepted her hesitations or kissed her through them. He slowly coaxed and guided and offered until she accepted. It had been so wonderful, so beautiful, that he had held her to him with her head cradled against his broad, thick chest and his strong arms around her while she wept at the beauty of it.

Her sister was going to kill her.

Reflecting on that for a moment, Maxine realized she didn’t much care. She was excited, thrilled. Married!

She quickly finished showering and got dressed. After brushing her teeth and running a comb through her long straight black hair, compliments of her Native American father, she left the bathroom, again comforted by the solitude. Little nervous butterflies woke up in her stomach while she slipped into her shoes, the sight of the enormous ring on her finger distracting her with every motion of her hand.

Stalling, she straightened the bed. As she pulled the coverlet up, her ring caught the light. Running her hand over his pillow she smiled and felt a warm rush of love flow through her heart, quelling the nervous butterflies.

The thought stopped her. Three weeks? Had it only been that long since they put her brand new husband’s first wife in the ground?

Without turning to look at her, his smooth, baritone voice reached her ears. “Obviously, we need to talk.”