Song of Suspense Book 2: An Aria For Nick

An Aria for Nick can be purchased in e-book format at the following locations:

An autographed copy of An Aria for Nick can be purchased directly from Hallee at this link. 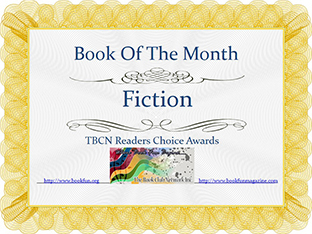 ARIA Suarez stood on the corner of the patio at the coffee shop on Macadam Avenue observing the man wearing the dark blue shirt who occupied the corner table of the outdoor cafe. Sunlight glinted on his brown hair, revealing highlighted streaks that nearly glowed, lending his visage a halo-like appearance. He’d flirted with the waitress each time she’d come by, and had even grinned at a small child making a mess at a nearby table. He looked harmless enough, though she couldn’t completely make out his face behind the sunglasses he wore and the Monday edition of the Portland Tribune he continuously ducked behind.

She clenched the purse strap in her hand a little tighter. She kept a sharp eye toward the crowd, scanning faces for anyone who looked either familiar or out of place. Finally, she mustered the courage to step forward.

Aria hesitantly began her approach, unsure of how this might work and trying very hard not to reveal even a hint of uncertainty. Then she remembered that she also didn’t want to attract any undue attention to herself by appearing uncomfortable or out of place in any way, and she smoothed her stride.

When she reached his table, she stood still and waited for him to look up from his newspaper. When he failed to do so, she cleared her throat. When that didn’t work, she said, “Excuse me.”

He shifted the newspaper downward enough to peer over the top of it in her direction, staring at her through the dark lenses of his sunglasses, but she still couldn’t see his eyes. All she could see was her own reflection in the tinted lenses. “Are you waiting for me?”

The man glanced downward, very purposefully and very carefully folding the newspaper which he set on the table at right angles to his silverware directly next to his cup. That accomplished, he gestured with his left hand in the direction of the chair across from him, silently inviting her to join him without raising his eyes. As she perched herself on the wrought iron chair, she thought to herself that this man looked familiar.

All those weeks when she had felt such apprehension, glancing over her shoulder in foreboding, she had checked all the shadows and every corner, certain someone was always following her. Had her trepidation been well-founded after all? Had this man been following her? Had she seen him somewhere before? Or was her nervousness and disquiet simply getting the best of her? Did this man just have one of those faces that you felt sure you recognized?

Aria started to feel some very deep, very real anxiety and did her best to quell it. She waited for him to speak, assuming if everything was on the up-and-up that he had done this kind of thing before, and would take the lead to get them to the next level, whatever that was.

The waitress came back to the table to refill the man’s lemonade and Aria ordered a cup of decaf with cream, no sugar, then folded her hands and waited. The man across from her sat up a bit straighter then took a deep breath and finally spoke.

“Hello, Aria.” His voice flowed over her like a warm baritone blanket. It was deep and comforting and frighteningly familiar. He removed his sunglasses. Ice blue eyes, almost silver in color, calmly met her glance. Already tense muscles contracted in her stomach and around her heart, stealing the breath from her body and sending a surge of adrenaline that made her palms sweat even though her fingers felt ice cold. Her throat let out a startled gasp as recognition dawned.

It can’t be! her mind screamed. It’s not possible!

“How’ve you been?” he asked. “You look even more beautiful than I remember.”

Aria didn’t know what to say, literally shocked speechless. She had never spoken to a ghost. Her mouth felt so dry that the air coursing in and out of her lungs scorched her throat. Finally, she made an attempt. “What? … How? …”

Nicholas “Nick” Williams leaned forward and spoke very quietly but with great urgency, his low voice pitched for her ears alone. “It’s okay, Aria. It’s a long story, and I’ll be happy to share it with you. But I have to call my superiors in less than twenty minutes, so right now, just show me what you have. We can stroll down memory lane later on, okay?”

Aria finally felt able to speak. She gripped the wrought iron chair handles beneath her fingers until her muscles ached. “You aren’t Nick Williams,” she announced as she stood. “Nice try, but I buried Nick ten years ago.”