This week, I’ve returned to Christmas Star Sapphire, which is second generation novella from the Jewel Series. This book releases November 1st! (Which is tomorrow for many of you!) You can find it at this link. 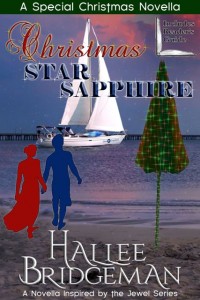 JOE took the offered mug of coffee from Larry Grant. Larry pastored at Joe’s church and the two men had become fast friends despite a forty-year age difference. He enjoyed the company and the quaint little house every single time he visited, which he often did after church services or church functions.

Today, he had knocked and Larry had answered with a countenance that anticipated a door-to-door salesman. Upon seeing Joe, his expression transformed into one of initial joy then to contemplation before he greeted, “Well, happy Thanksgiving, young man of God. You missed dinner, but there’s pumpkin pie and coffee.”

They moved into the now familiar den. The two story brick house had originally been constructed in the early twentieth century with small rooms, tall ceilings, and a wraparound porch. Larry had often recruited Joe as his assistant in various home improvement projects. While maintaining many original fixtures, the entire house had been rewired, all the windows had been replaced with modern vinyl clad glass, and the plumbing had been updated, though the cast iron claw foot bathtub had survived. Larry had also contracted installation of central air conditioning, which certainly made the southern Alabama summers a bit more bearable and probably accounted for Joe’s frequent visits.

“Where were we?” Larry tossed another piece of split wood onto the fire before sitting down across from Joe at the chess board and lifting his own warm mug of coffee.

“Let me see if I can remember. Oh, yeah. It’s been your move for two weeks.” Joe leaned back and took a sip of the strong brew. From the kitchen, he could hear Larry’s wife, Ana, washing dishes.

Larry studied the board and finally moved a bishop. After about three seconds, Joe moved his knight out, putting the bishop in jeopardy. “Something’s on your mind, son,” Larry observed, his eyes studying the board. “You haven’t once mentioned the beating the Patriots handed the Titans last week.”

Joe took another sip of coffee, thought about ignoring the insight, then rejected the thought. He really needed to talk with someone, to get out of his own head. It was the reason he had come here in the first place. “There’s this girl.”

“I see.” Larry sat back and interlaced his fingers over his stomach. “Is she in some kind of trouble?”

Larry grinned. “Oh, it’s like that.” He pointed a finger at him. “You know, young man of God, there’s an old saying that goes, ‘It always starts with a woman.’”

“I don’t know if that’s in the Bible,” Joe replied with a smile.

“Paraphrasing. Read Proverbs, boy. Half that book backs up that quote. Heck, so does Genesis, come to think of it.” He settled back into his chair and Joe knew that the chess game was not going to continue tonight. “Tell me about this girl that troubles you so.”