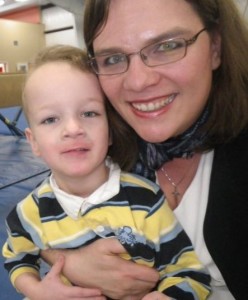 So much has happened in the last few weeks that I don’t even know where to begin.

In May, Gregg and I had a meeting with our 6-year-old Scott’s preschool teacher and the administrator at the Christian school at our church where Scott attended part time preschool.  The result was basically that Scott needed an IEP to continue on into kindergarten in that school.

I talked a little bit about Scott in Seeing the Negative Space, and explained that we did not want to put Scott through testing and assessments just to get a “label” to slap on him.  But, it appeared that despite what we didn’t want, if we wanted him to get an education at this school, as we felt led to do, we had to do just that.

I contacted his pediatrician in May and got the ball rolling.  It took several weeks — mid July — for the first appointment with the counselor at the University of Kentucky.  It’s taken several more weeks to even get the appointment (set for next week) to get his IQ test, which will launch any other needs and assessments.  In the meantime, Scott started kindergarten at that school.

He was in  class of 13, and started on a Wednesday.  On Tuesday, we had our first, “We don’t think we can accommodate Scott” meeting with the administrator (who is also a friend of ours.)  Scott’s OCD tendencies are debilitating, he is beyond intelligent and has no patience for the process of teaching – especially when it’s something that he already knows, his sensory issues overwhelm him, he doesn’t understand social moors (like pulling his pants up before he comes out of the bathroom), and other general issues.  We compelled them to give it time to let him adjust to school.  The a few days later (after removing him from school a few times for the day due to meltdowns), there was another “we don’t think this will work” meeting, and I offered to be at the school all day to mediate for Scott.

I was there on a Tuesday and Wednesday, and he had two amazing days.  Wednesday after lunch, I took him with me because he’d started to spiral down.  I flew to Oregon early Thursday morning and was gone for nearly a week, but Gregg worked from the school in my stead.  Monday and Tuesday, Scott had just terrible days (I came home early Wednesday morning), and yesterday (Wednesday), they told us that their decision was final and that he could no longer attend school there.

We’ve had the initial IEP meeting with the school board (funds and services are available to private schools in our county through the school board for special needs children) and were REALLY impressed with the kindergarten teacher and the one special education teacher we met at the school in which we’re zoned.   They in turn were really impressed with Scott, and it was almost like they were disappointed that he was in a private school and couldn’t be their student.

Currently at a loss as to what to do, at this time we’ve decided to try to enroll him in our public school, provided that the special education services department is able to facilitate us in enrolling him as something other than a “normal” child — we have no desire to throw him into the deep end again and expect him not to sink.  If it doesn’t work out, pulling him out and homeschooling him is our next option.  We want to take advantage of the services and counseling available to us through the public school system, and learn what we can learn about our son.  As homeschoolers, we could enter next year attending the pre-school meeting and request funds and services along with the private schools.  But this year, that would not be available to us (because we were not in the initial meeting when they divided up funds and services).  I could homeschool him now, and he’d be done with a day’s worth of work in 20 minutes, but we don’t feel like that will be the best option for him.

I feel a little bit like a fraud.  “Christian Homeschooling Mom Enrolls Special Needs Child in Public School.”  I don’t know how a family so strongly homeschool minded could end up with not one, but two children in public school and a 4-year-old in a preschool.   However, despite what WE thought was best, God has intervened and taken us on a different direction.

Here’s what we know: Our Scott is an A-M-A-Z-I-N-G 6-year-old.  He is more than that negative space that are his “issues”.  His future is so bright and wide-open.  I cannot wait to see what God has in store for him.