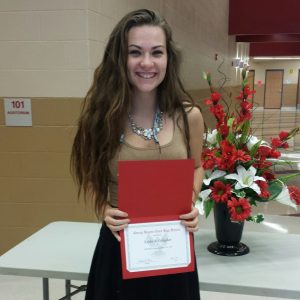 We have three children. Our oldest, Kaylee, is 19 and was a straight-A student through almost all of her schooling. Elementary school awards ceremonies usually generated multiple certificates and accolades .. including a Presidential award at the conclusion of 5th grade. In high school, we always received an invitation to the honor awards night, because she inevitably won something. 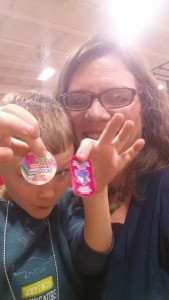 Our youngest son, Johnathan, is 7. He hasn’t been in a school with an awards ceremony until now, but certificates of achievement came home in his folder every quarter since Kindergarten. We moved to this school 2 weeks before the end of the term, and he STILL received an award for reading in that ceremony that took place right after we got here. He is super smart and will likely follow in his sister’s footsteps.

Our middle son, Scott, is 9 and in the 3rd grade. He is our son with autism. School is hard for him because of so many variables. Fluorescent lights are bright, kids are loud, announcements are loud, chairs are hard, peer interactions are difficult to maneuver, and there is absolutely no patience with anything that has to do with the teaching method. He’s just a “show me how and leave me alone” kind of guy.

Report cards rarely reflect his raw intelligence, and he’s never brought home so much as a certificate from school.

When I got the notice that Scott would be getting an award in this last quarter’s award ceremony, I double checked the name twice because I expected it to say Johnathan instead of Scott. I even texted Johnathan’s teacher to make sure that the front office hadn’t notified me of the wrong student. Assured that this award was indeed for Scott, I showed up to the school with all of the other excited parents who’d received the same notification and waited through the first few classes. Then it was Scott’s turn. 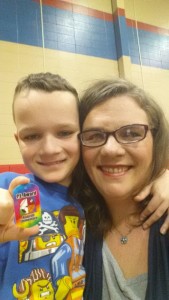 When he was awarded the PE award, I thought that a mistake had been made. Scott has historically had a hard time in PE, because game rules and teamwork are concepts that don’t really compute for him. He also cannot do things like drop a tennis ball and catch it – he has to go to occupational therapy for upper body strength and coordination issues. So, a PE award kind of threw me.

But when all of the classes had received their awards and parents had access to their students, by the time I got to Scott, he was SO EXCITED. He could not stop talking about how hard he has been working in PE, and how he learned how to dribble a basketball with both hands, and bragging on how fast he can run. Seeing how proud he was, how much he knew how hard he tried, how he just glowed with excitement over this award, I absolutely fell in love with his PE teacher — a teacher I have never met and whose name I had to look up. Clearly, this teacher knows what he’s doing, and has a passion for teaching kids. 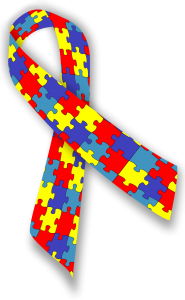 I think autistic children so often get overlooked in big groups of kids. If they can be put to the side and just kept from melting down or being too much of a disruption, then some adults would consider it a successful class. But, each of these children is beautifully unique, passionate about the things that interest them, and desperate to have someone connect with them and understand how they’re perceiving this big confusing world. When that connection is made, miracles start to happen in their lives. In the case of Scott, he was able to accomplish, succeed, receive an award and accolade that his own mother — one of the two people on this entire planet who loves him more than anyone else could possibly love him — erroneously thought was a mistake.

It seems like this path of autism parenting constantly teaches me the most humbling of lessons. This week’s was a biggie. Don’t assume he’s unimportant to the adults who have charge to teach him. Remember all of the passionate teachers in your own life who always constantly and consistently went above and beyond, and know that God will place teachers like that in his life, too.

And never assume an award is a mistake. He has to work twice as hard as anyone who walks into that school. He deserves ten awards a day. Relinquish the thought that you’re the only one who sees that.