I know parenting an autistic child is hard – because I am that parent. I’ve been so exhausted that I’ve actually stumbled and fallen down the stairs, breaking my tailbone and causing me years of pain that took even more sleep from me. I’ve lost my kid in busy malls and churches and playgrounds because he used to wander away with innocence, chasing whatever light caught his eye. I’ve been frustrated to the point that I’ve had to deadbolt all of the exterior doors to the house so no one could escape, and go into my room and shut the door and just fall on my knees, unable to speak words, sobbing silently for God to help me get through another day. I’ve cleaned up after the daily bowel movement accident that my 8-year-old had, again, wondering if I was going to have to be doing that when he was 18.  I’ve sat through the meeting where a school administrator kicked our son out of their kindergarten program because the teacher just didn’t want him anymore. We’ve pulled our family out of a church we loved because our son couldn’t deal with the noise in the children’s church or the worship service. And, God help me, I know more about Stampy Longnose than I would ever want to know. 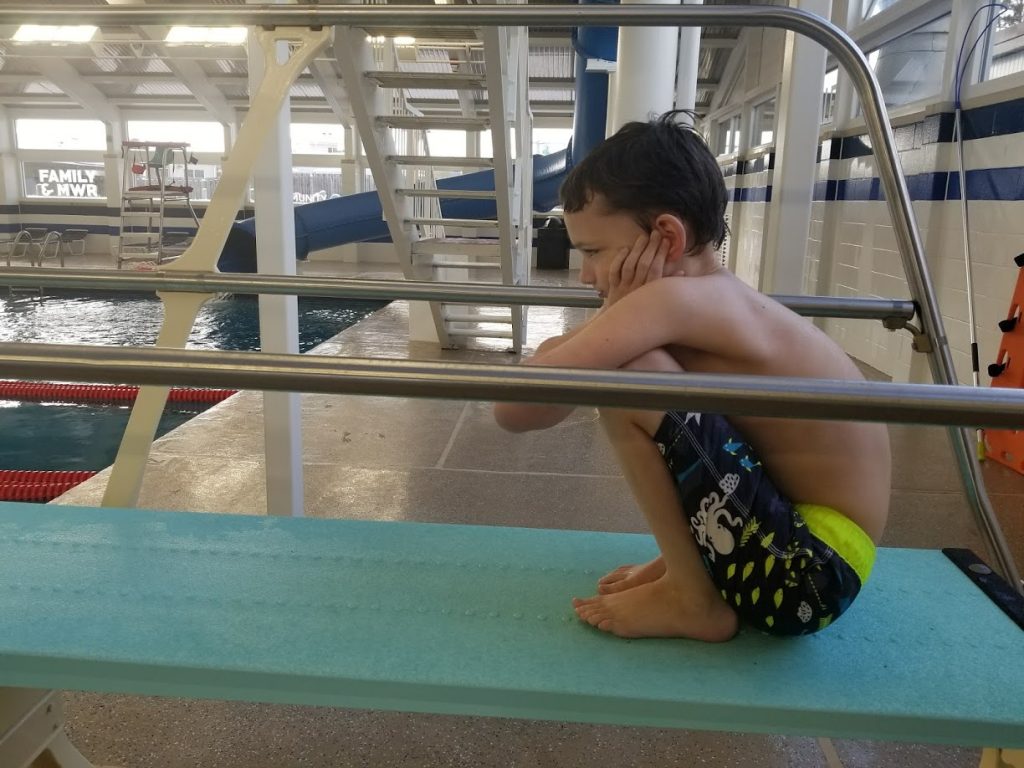 But, I’ve never been a victim of my son’s brain development.

I watched a video on Facebook yesterday that a friend, a fellow autism mom, tagged me on. It was a video that The Today Show shared that (last night) had about 3 million views, but this morning, already has 11 million views.

This video was about a mom with a non-verbal autistic son who’d had a meltdown at a meet this specific character event (I think it was “Meet Elmo”). So, she was sitting in her car outside of work venting about her son’s future, and how hard it is to be an autism mom, and how she used to wish he’d be a doctor or a lawyer and now she’s just wishing he’ll have happiness as an adult, etc. She admitted that she wasn’t a “religious person” but the night before she’d “actually” broken down and asked God why, but “knew it wouldn’t change anything”. At the end, the tears started to fall when she started talking about how so many work colleagues were at the event and witnessed the meltdown and how she had to go in there now and face them.

I’m convinced that if something ever happened to my husband and I needed to do something to support my family, I could make a killer living as an online private investigator. I am one of those people who just start digging when I find someone interesting. It made my daughter crazy when she was in high school, because I always knew so much about her friends, her boyfriend, her activities outside of our home life, etc.

I have thousands of friends on Facebook, and I’ll regularly just start looking through social media posts, follow links, dig through personal blogs, and just do this internal information gathering over people I don’t even really know. But, then I *do* know them (wink). It’s one of the ways I work through a temporary writer’s block – or maybe it’s just one of the ways I waste time when I’m avoiding writing. Either way.

It’s my way of “people watching” – a TOTAL favorite pastime of mine when I’m in public.

Okay, so back to this mom and her tearful morning sitting outside of work.

I started digging through her blog, and I found a letter of apology she’d written to her husband for all of the ways that being an autism mom had changed her from the young and carefree woman he’d married. It was this terrible dump of all of the resentment she harbors for having a son with autism. 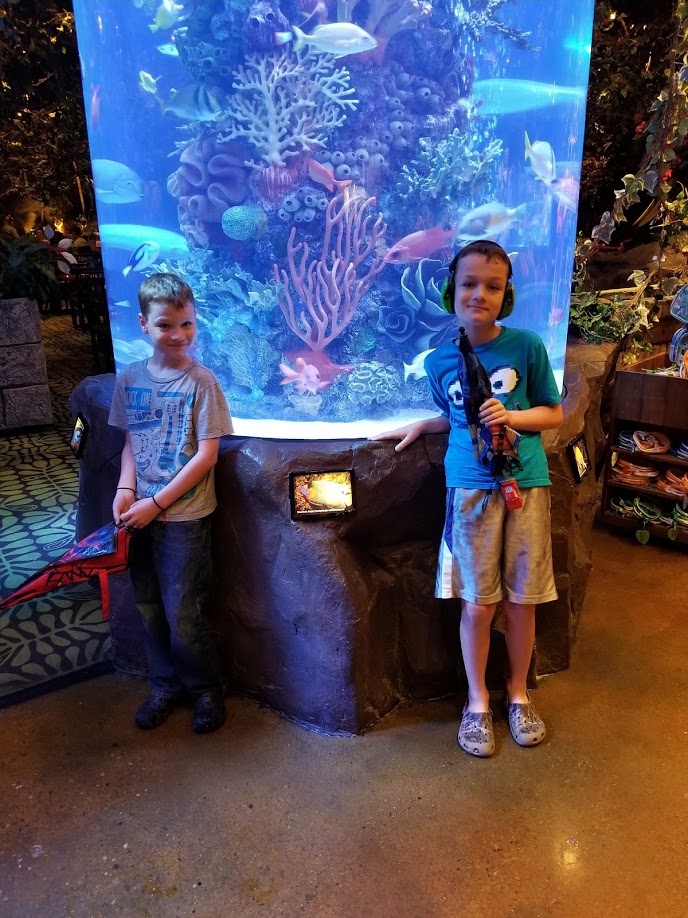 On an on this letter went. And for me, it totally colored this morning dump that The Today Show took to over 11 million people. And it’s terrible. It’s terrible that she took her son to an event where he would have a meltdown. And she knew he would, because the letter of apology she wrote to her husband made it clear that he breaks down when he’s in situations like that, yet the pictures flashing through the video are her and her kids smiling through event after event after event.

I’ll tell you something – as an autism mom, I just don’t go. And I don’t care. I don’t feel like our son Jeb has lost out on anything in life because we haven’t been able to go to fairs or carnivals or Meet Elmo, or Lego Palooza, or Engineering Days or whatever, in order to protect his autistic brother Scott from bright, loud, overstimulating environments. Jeb’s favorite singer, Toby Mac, came to Louisville a few months ago. Gregg and I talked it over, decided who would take Jeb and who would spend the day with Scott, because the last thing on this planet that Scott needs is to attend a Toby Mac concert.

Why continue to take him to places where he’s going to melt down? She wondered if at 18 if he would still be violently melting down while standing in line to meet Elmo. WHY, why, why, would she take him again? He has autism. Clearly, that event took him beyond his limits. What if he’d been born without legs? Would she have said, “Will he still be crawling up stairs when he’s 18?” Yes, yes he will be. So quit handing him a set of stairs and forcing him out of his wheelchair!

One of my favorite Ted Talks ever was that of a 12-year-old autistic kid who had been non-verbal for a good portion of his childhood. When he was 4, his parents noticed his fascination with glasses of water. Rather than try to conform him to their world, their world became a sea of glasses of water, filled to different levels. It fascinated him, engaged him, and soon, he was talking. They’d found a way to bridge that gap between their two worlds in a way that most parents (including me) wouldn’t have thought to do. SO insightful. SO well done.

They didn’t create a video of them crying because they had to go to work and face the people who witnessed their son’s meltdown, their son’s crawling up the stairs.

I wonder if the difference is a lack of faith in God on her part. It could be. I know something that strengthens Gregg and I as parents is our absolute trust in God, His plans, His work, and our communication with Him. It could be that we’re not trying to conform to this world (Romans 12:2), so missing out on “Meet Elmo” isn’t going to make or break us as a family. Or, separating children so one child can do something the other simply cannot do isn’t going to destroy us and require me to write a public letter of apology to my husband.

Maybe I have a maturity that comes from being an older mom that gives me more patience and more grace when it comes to who I am as a woman and who my husband is as a man, knowing that there’s nothing about me that’s the same as the “carefree young woman” he married — and if we had totally normal, neuro-typical, perfect angels of children we wouldn’t be the same now as we were then.

Maybe I know that if my son works at Subway (his dream job right now at the age of 11) until he retires, he will be happy and content and successful in our eyes, and that’s okay. That’s good. As long as he loves Jesus and works hard, that’s what matters to us. 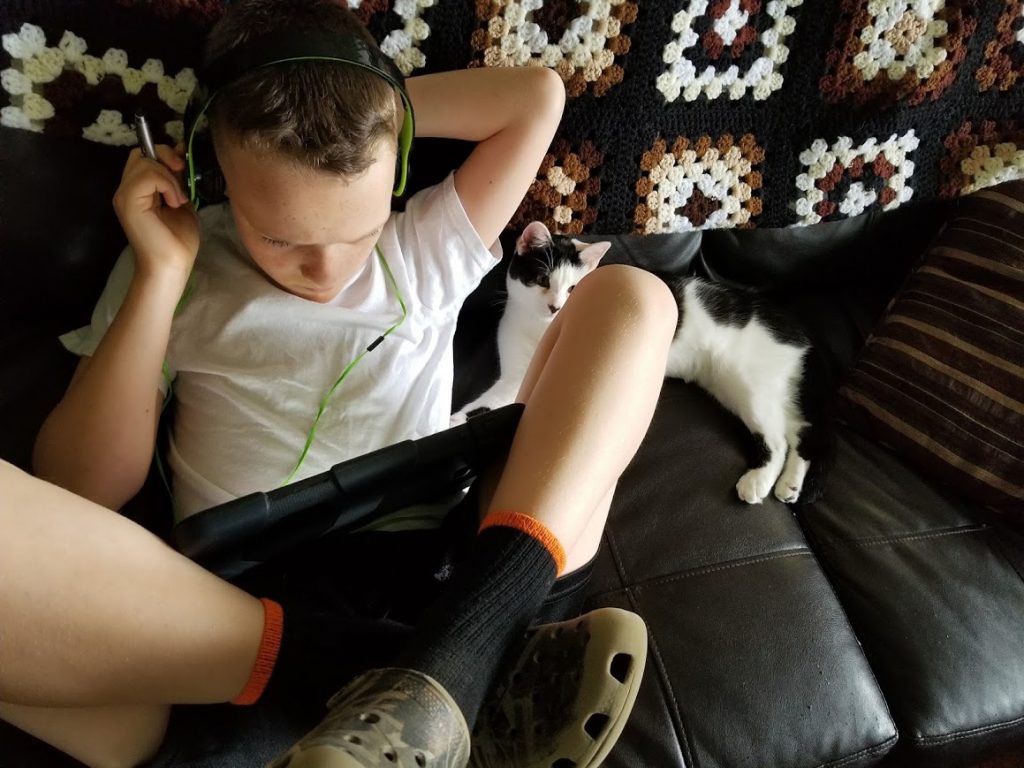 I don’t know. But I know this: our son is incredible. He’s quirky and kind and genuine. He asks impolite questions and gets offended over smoking and cussing. He knows exactly how he wants to live his life and tolerates (barely) the things that stand between him and his happy place (in his house, headphones on, YouTube playing on the tablet in his lap, cat next to him).

And we love him and adore him and cherish him and are so thankful to be his parents, to be blessed by God Almighty who has chosen us to shepherd this miracle human being.