On The Ropes: A Romantic Suspense Novella – Now Available for Preorder! 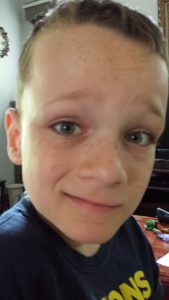 I recently took our son Scott to a local autism clinic with the intention of getting some guidance and insight into how to properly prepare him for the vast world out there.  We were placed on the waiting list for this place within a month of our December move to Fort Knox, and I was excited when we finally got an appointment. The first thing the psychiatrist asked me was, “Why are you here?”

I answered the same way I did at the Cincinnati Children’s Hospital (which is, sadly, too far away from us after our move to be able to utilize), “Because he’s ten. He’s more than halfway to grown up. Everything we’ve done has been intuitive, without professional guidance, and self-learned. What if we’ve done something wrong? What if he’s unable to handle life as an adult?”

Thus began our interview session. When she asked about chores, I explained that I make a chore list every morning (in the summer). Both boys – Scott (autistic) and Jeb ( neuro-typical) know that screens go off at 9AM, and before anything “fun” can happen, the chores must be completed. I don’t have to remind them to do chores. I don’t have to manipulate them to do chores. If they intend to have anything happen in their day, they know to check the chore list and start working on their assigned 3 chores. He gets the same kind of chores everyone else does, and has to perform them.”

The psychiatrist said to me (no joke), “You don’t have to remind Scott to check the list? I may need to you to come here and teach a class to other parents.”

She asked about eating issues. I said, “I think Scott wants to have issues with eating, but before we knew he had autism, we just parented him like our other children. Which means, food is not an issue. Dinner is dinner, and children can choose to eat or choose not to eat. Everything on the plate must be tasted and milk must be consumed. Those are our only rules. In the times that Scott might have an issue with something, he typically knows how to help himself to more salad, pick out good proteins and eat what he can. If there’s still hunger, he’ll typically help himself to the unregulated fruit bowl after dinner. But, he has a good palate, he knows how to order in a restaurant, he’ll taste anything, and he eats well.”

The psychiatrist remarked, “You don’t have food issues? I may need you to come here and teach a class to other parents.” 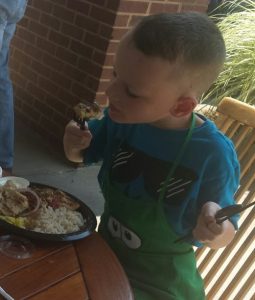 She asked me about sleep issues. I said, “We’ve worked with the sleep clinic in Cincinnati, and discovered that Scott’s issues are less sleep related and more ‘needs time to mentally wind down’ related. So, we gave him his own bedroom, a low-light lamp, a beanbag, and he gets to ‘go relax’ rather than ‘go to bed.’ His entrance into bed is self-regulated, and as soon as we stopped making a big deal of ‘go to bed!’ or ‘go to sleep!’, his wind-down time has been cut down from two hours to one hour a night.”

The psychiatrist said, “You successfully battled sleep issues? I may need you to come here and teach a class to other parents.” (I know it sounds as if I’m exaggerating, but I assure you, I am not.)

She asked me how we handled discipline. I said, “We try to examine each situation and as ourselves: is this disability, or is this discipline? The answer, when apparent, makes our response easy to determine. A meltdown in a crowded restaurant will result in comforting and removal, while lashing out physically at his brother will result in punishment and discipline. We know that sometimes it’s hard to tell what is which, and we know, going into it, we’re going to make mistakes. But for the most part, it seems to have worked.”

She raised in eyebrow. “I may need you to come counsel some parents.” 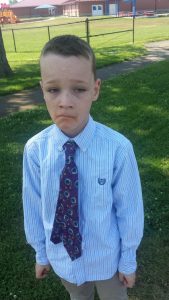 She asked me how we handled issues as the cropped up. I said, “He has a hard time with step-by-step instructions, so we learned that story boards teach him way more than anything verbal. So, we started utilizing story boards when we need to give him multiple step instructions. We understand that in interacting in the world and away from his ‘safe zone,’ most of the time, he’s just either writing a script or following a script. But since that’s how he will have to cope with the world as an adult, we don’t allow him to escape into his world when we need him to stay in ours. He mentally pulls out the proper script and he copes with the situation, acting and reacting the way he’s been taught.”

Again, she said, “I may need you to come teach a class to other parents.”

The interview ended with me leaving without any help or support from this clinic. They basically manage medication, provide speech therapy to non-verbal autistic kids, and train parents to do what Gregg and I have, apparently, done intuitively. In a way I’m frustrated. In a way I’m relieved. We don’t medicate. We train. Scott’s life isn’t going to be full of therapies and appointments — something for which we were mentally prepared; however, everything still has to happen with self-education and a whole lot of prayer.

I’m thankful for the resources we’ve had access to as we’ve maneuvered through the minefield that is autism parenting, and I’m terrified every day that we’re going to do it wrong — that we’re going to damage him in some unrecoverable way and ruin his adult life. Having outside help made unnecessary or unavailable certainly makes our reliance on the Holy Spirit much more tangible.

Perhaps that was God’s plan when He set us on this journey. To rely fully on Him and not on man.