A Perfect Weave of Suspense and Romance!

When our son, Scott, turned 5 in July of 2011, he was in the middle of testing and evaluations at the University of Kentucky. By the time the several visits over several weeks had completed, the diagnosis was basically “Far more reaching than simply ADHD”, and they settled on Pervasive Development Disorder, Not Otherwise Specified aka PDD (NOS).

The psychiatrist explained to us that Scott was textbook Aspergers Syndrome (which isn’t a medical classification anymore – but this was over four years ago) EXCEPT that in the IQ test, when the computer screen flashed faces exhibiting emotions by him, he not only correctly identified each emotion, he actually empathized with each emotion — exhibiting sadness over the sad face, smiling at the happy face, etc. The psychiatrist explained to us that children with autism not only can’t identify emotions, they don’t care about them, and therefore, Scott was immediately disqualified from the autism spectrum.

Over the next few years, with much research and study, we’ve actually discovered that children with autism actually feel emotions just like everyone else (I know – it’s a shocker for you parents out there with autistic children – you might want to have a seat – :::insert eyeroll:::). The way the doctor who diagnosed his Autism Spectrum Disorder explained it to us is that what they have a hard time doing, if one were to generalize it, is understanding the subtle cues from peers about emotions. And, oftentimes, have a hard time processing what their emotions mean when they’re feeling them.

I’ve even heard it suggested that, much like sensory input being so much MORE for many autistic children, the emotional input may also be so much MORE, and in a way to block out the “noise” of the emotion, they try to shield themselves from it until it overwhelms and meltdowns happen.

In my blog post An Open Letter to the Waitress at Steak N Shake, I talked about my son Scott’s obsession with the movie Inside Out. I have been noticing lately that when he feels a certain emotion he will seem to take on the persona of the emotions in the movie this movie. For instance, when he feels sadness, he personifies the character Sadness from the movie.

(As you see these pictures of Scott, please note that I did not tell him to act like “Sadness”, I asked him to show me “sad”) 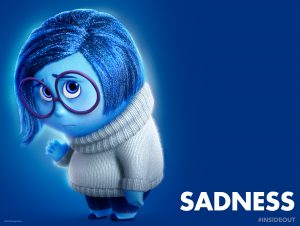 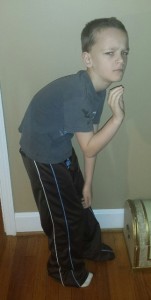 I think one of the reasons that Scott is so obsessed with this movie is because it personifies the emotions for him, in a tangible way he can understand. It really stood out to me one day when he got angry with me and balled his fists and started acting like fire was shooting out of his head.

(I did not ask Scott to act like “Anger”, I simply asked him to show me “angry”): 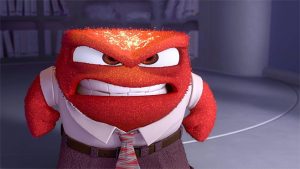 Talking to my sister-in-law, who has a daughter with Down Syndrome, I discovered that my niece is also obsessed with Inside Out. She watches it over and over again. My sister-in-law and I both felt like the personification of emotions were what drew these kids to this movie.

(I did not ask Scott to act like “Fear” from the movie. I just asked him to show me “afraid”) 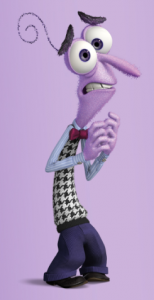 I LOVE that he has this tangible “thing” now to help him grasp his emotions. Once we realized what he was doing, it gave us a way to discuss how he was feeling with him. Where before he couldn’t express it, now he has found a way to make his voice heard — even if it’s with copying a CGI character from a Pixar film.

(I did not ask Scott to act like “Disgust” from the movie, but to show me how he would respond to something “gross”) 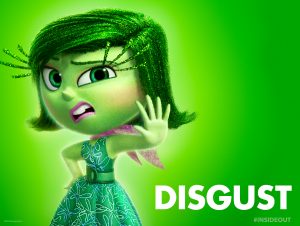 We now have a tool to use so that we can understand him and he can understand us. A way for us to teach him what personal cues with emotions might mean and how he can start reading them. 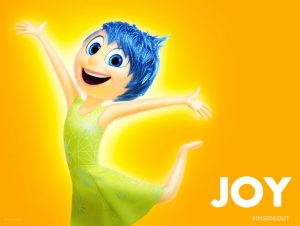 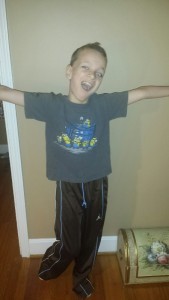 And that makes me very happy. Joyful, even.