Gravy Can Make or Break a Thanksgiving Meal 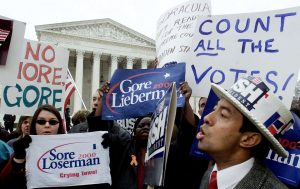 In 2000, I lived in the capital of Florida – Tallahassee. You may or may nor recall that Tallahassee was a hotbed of politics due to the race for the presidency between George Bush and Al Gore. There was an issue with the close-call and constant recounting of votes in Florida. The presidency would go to whichever candidate won that state. It took a long time, and for weeks, news vans were parked in every available spot around the courthouse in Tallahassee.

That began my passion for politics in Florida. In no time, I was actively involved in the Republican Women of Florida and worked tirelessly to re-elect Jeb Bush as governor of the state and then on George Bush’s reelection. It was an amazing time to live in the state’s capital. 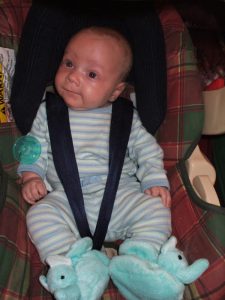 Scott during the 2006 election

Eight years later, the people elected Barrack Obama as president. Out of nowhere, the people in “my” party started spewing hate and irrational conspiracy theories — basically acting the same way the “other” party had acted during President Bush’s two terms. That’s when it became clear to me that there is no “bigger man” when it comes to politics. Everyone is the same. We are so polarized as a nation that we’re unable to see beyond our own self interests to understand how horrible we sound when things don’t go our way.

Christ implores us to love our neighbors AND love our enemies. I saw no love coming from anyone and it broke my heart.

I totally left politics in 2009. Our family moved from Florida to Kentucky, and I never got involved in them in Kentucky. I was disgusted by the two-party system, and registered to vote as an independent. I even quit reading/watching any kind of news stories because I couldn’t stand the political bend of whatever news source I happened to be consuming at the time.

Fast forward to this election. I have to say, the way that the primaries went was rather appalling. I kept waiting for someone to declare that the joke was over. I have avoided saying anything publicly against either major candidate, because I never would want to turn away a reader or lose any friends over something I’ve said or thought — but the fact is, I truly couldn’t stand the thought of voting for either one of them.

Gregg and I have been praying and praying about this decision. We honestly, until last night, couldn’t be certain which direction we’d go. When I told my agent, Chip MacGregor, who had my vote, he was surprised — because I’m so closed mouth about it all and people assume that I can be pigeon-holed politically because I so openly proclaim my faith. 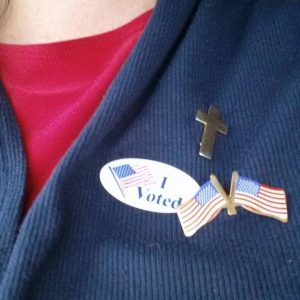 But, last night, Gregg and I watched a bunch of Onion videos mocking the election and the voting public, and it helped center us, removed some of the actual fear about our future that had started to descend upon our shoulders. And as we prayed together this morning, we both knew with certainty how we would vote.

While we prayed, Gregg said something very profound to me, and it’s with his permission that I share this with you. He said that throughout history, God has allowed evil men to be leaders. But, his prayer was that as a nation, we would quit trying to put our faith in fallible man, and remember that our faith belongs to Jehovah God.

It is better to trust in the LORD than to put confidence in man. Psalm 118:8

It is better to trust in God than in fallible man.

We are so caught up in what will happen if “our” guy doesn’t “win” that we forget who is divinely in charge. Before Satan could put a boil on Job’s butt, he had to get God’s permission.

The Bible is filled with passages telling man to “fear not” and “do not be afraid.” It is also filled with “trust in the Lord” and “lean not onto your own understanding” and “God is in control.”

So, as we go about this election day and face whatever consequences may come tomorrow, I pray that you have faith. Have faith in Jehovah God. Have faith that He is ultimately in charge. Have faith that, no matter what happens, you can be covered by the promises that He’s given over and over again in His word.