An interview with Author Jennifer Slattery and a giveaway!

Welcome to Readers Write to Know! I asked you, my readers, what questions they would ask their favorite authors if given the chance. This week, I’m so pleased to introduce to you author Winnie Griggs. Winnie is from an area of the country that my husband and I fell in love with while on vacation there last year. We’re actually contemplating building our retirement home there. I was fascinated with her interview and hope you enjoy it as much as I did.

Tell us a little bit about yourself.  Let’s see. I grew up in a small town situated across the Mississippi from New Orleans and near the bayous of Laffite and Barataria. I was a geeky bookworm growing up and was more at home in a library than a playground. In fact, one of my very first summer jobs was working in our local library. Later, I went to college where I majored in Mathematics and met my very own Prince Charming, who I later married. We’ve raised four wonderful kids who are now out in the world living their own adventures. Meanwhile, my prince and I are still happily living out our happily ever after.

Tell us about your current release.  Her Holiday Family is a story I’ve wanted to write for quite some time. Eileen Pierce, the heroine, showed up in the very first book of my Texas Grooms series, though not in a very flattering way. She’s popped in as a secondary character in most of the other books, but has always remained very enigmatic. I knew there was an intriguing backstory in there, and that there was more to her than appeared on the surface. When I finally figured her out it was time to write her story. Here is the back cover blurb: 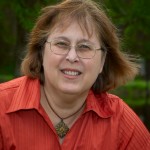 HER HOLIDAY FAMILY
What happens when a straight-laced young widow’s home is invaded by ten rambunctious orphans and their handsome caretaker just in time for the holidays…
Reserved widow Eileen Pierce never considered herself the kind of woman who was cut out to be a mother. She wouldn’t know what to do with one child, much less ten. But when handyman Simon Tucker is stranded in town with a group of young orphans just before Thanksgiving, she discovers she can’t just turn them away.
Simon knows there’s more to Eileen than meets the eye. Though his easygoing demeanor immediately clashes with her buttoned-up propriety, Simon’s kindness soon melts Eileen’s stern facade. Simon and the children have already upended Eileen’s quiet, orderly life. Will they do the same to her guarded heart?

If you knew ahead of time your book would benefit only one person on their spiritual journey, would you still write it?  Yes. Once a story plants itself in my mind, and the characters come to life, I feel the need to write it, even if no one else will ever read it.

With all those characters in your head screaming to get out how do you write fast enough to get it all down?  LOL – my problem is I am an analytical writer. By that I mean I like to fiddle with the words and viewpoint until I feel I’ve captured just the right shades and nuances of character I want to convey. So I’m by no means a speed writer.

What’s the first major news headline that you can remember and what do you remember? (ie. Moon Walk, Watergate, Pope being shot)  The Kennedy assassination. I remember distinctly being on the playground at school and all the teachers calling us back to class early. They delivered the news over the intercom and, while I knew death was a very solemn thing, there seemed to be an extra heavy pall over everyone and everything the rest of the day. I spotted one of the teachers actively weeping in the hallway and that brought it home to me as nothing else had. 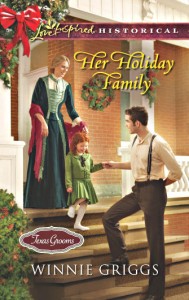 What inspired you to start writing, or did you always want to write? I’ve enjoyed writing for as far back as I can remember. I often penned stories for the characters from some of my favorite TV shows, with a few of my own, non-fan stories thrown in here and there. My desire to write only deepened when I got to college which was when I really started focusing on wholly original work. After college, when I got married and started a day job as well as a family, the writing got put on hold for the most part. It was only after all my kids were out of diapers, and also when I got my first home computer, that I started toying with dreams of actually writing novel length work that I would let someone else read.

Do you have your plotline and character development already laid out before you begin writing a book, or do they develop as you write?  A little of both. Before I begin the actual writing, I have a VERY high level feel for the characters, some of their backstory and how they must grow and change over the course of the story. And the same with the plot – I have an idea of what external circumstances will bring them together and keep them interacting with each other throughout the story. But often that changes as I dig into the writing and get a deeper understanding of who these characters REALLY are. Usually, around chapter 4 or 5 I have to stop and reassess where my story really needs to go..

Do you have pre-determined length in mind when you first begin a book?  Yes and no. My publisher requires my books to come in at 70,000-75,000 words so that is my ultimate target. And to a certain extant I can intuitively feel when my story has the ‘right’ weight to meet that target. But I often come in over 75,000 words on my initial draft and then have to work on tightening the story in subsequent drafts.

You can find Winnie on the web at these locations:

Find Her Holiday Family at Barnes and Noble: 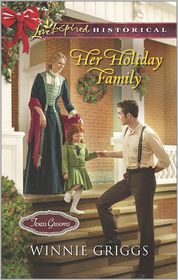