An Interview with Author Amanda Cabot

An interview with Camy Tang and a Giveaway!

An interview with Author Virginia Tenery!

Welcome to Readers Write to Know! I asked you, my readers, what questions they would ask their favorite authors if given the chance. This week, I’m pleased to introduce you to Virginia Tenery.

Virginia is an indie published author who writes police procedural books. I LOVE crime novels (if my A Carol for Kent didn’t tip you off) and am so happy to have her here today! I hope you enjoy her interview as much as I did.

Tell us a little bit about yourself. I live in north/east Texas with my family. I left a middle management position with a leading optical wholesale firm with the idea of writing full time. I’ve been writing seriously with the goal of publication for twelve years. Writing is the most difficult job I’ve ever done. Also the most demanding, but it’s a labor of love. In my free time I like to walk, hike, and go tubing down the rivers in the beautiful Hill County of Texas. 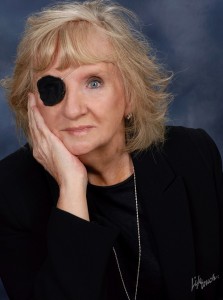 Tell us about your current release. Then There Were None is the second novel in my Matt Foley/Sara Bradford inspirational romantic suspense series. The first, Works of Darkness, was a surprising success. It’s the first novel I wrote and I felt I had edited it to death. Almost didn’t release it, but it has consistently been in the top 100 in at least one inspirational genre on Amazon since its release. So far, Then There Were None is following in its footsteps and is now in the top 100 of three Inspirational genres. Here’s the back cover blurb:

Disturbing crime scenes are nothing new to the Twin Falls Police Chief. But this one is different. The victims are friends. In their Tudor mansion just inside the city limits, a family is dead—husband, wife, two kids, and the family cook.

The killer made one mistake. He left a survivor.

The husband is one of the big three in the microchip industry. The family lived a quiet modest life. It doesn’t make sense. 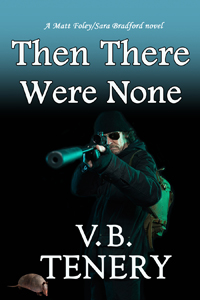 If you knew ahead of time your book would benefit only one person on their spiritual journey, would you still write it? Absolutely. One person’s salvation is worth whatever effort it takes on our part. That’s what the great commission is all about.

Do you feel pressured to compromise your standards in order to reach a larger audience or be more successful? Not at all. I don’t claim to be called to write, but I do believe my inspiration and any talent I have is a gift from God. I just write what’s on my heart. I admit that I didn’t like much of the edits in my traditionally published novels, but that is the price you pay when you deal with an in-house editor, and you have little say in the matter. Although I was able to negotiate some of my concerns with the editor.

How do you push past the fear of your writing being average and be bold enough to sell it to a publisher(or agent or audience if you self publish)? LOL, I pay a lot and remind myself that I write for His glory and therefore it has to be the best I can do. No exceptions. I’ve been fortunate that my work has been well received.

Who was your first Screen/Musical Crush? The ever sophisticated, totally handsome, Cary Grant. Loved his movies with Audrey Hepburn, Doris Day, and Sophia Loren. The film industry could use more like him today.

How did you determine whether to self-publish or seek a traditional publisher? I actually sold two novels to a publisher before I decided to go Indie. I already had two of my police procedural series written and decided to give Indies a try. It took almost two years to get the trad/pubbed novels published. I really enjoy the creative freedom of Indies. It’s a lot of work but it’s very fulfilling as an author.

Do you have your plotl-ine and character development already laid out before you begin writing a book, or do they develop as you write? A little of both. I always have the plot and characters outlined in my head, but sometimes I change portions that develop along the way.

Do you remember where you were and what you were doing when you started this story? I was reading a news story about yet another murder of a family, which seems to happen much too often today. The story concept popped into my head. I had just finished the final edit on Works of Darkness, so the main characters were fresh in my mind. Then it was just a matter of putting my thought into the computer.

You can find Virginia at the following locations: