A Parcel for Prudence is Now Available!

Welcome to Readers Write to Know! I asked you, my readers, what questions they would ask their favorite authors if given the chance. This week, I am so honored to have Laura J. Davis as my guest. I absolutely loved this interview. Yesterday, I had a small lunch party to celebrate my husband’s birthday. My parents were in town, and our pastor and his wife came to lunch. As my parents and the pastor’s wife entered the dining room and surveyed the beautifully set table laden with the feast I’d spent several days planning and preparing, the pastor’s wife said, “Is there anything Hallee doesn’t do well?” My father’s answer made my husband snort laugh. “She can’t sing. At all.” So, I’m always so in awe and so honored to meet and speak to singers. I hope you enjoy this interview as much as I did.

Tell us a little bit about yourself.  First I’d like to say, thank you for hosting me today. A little about myself? I’m Canadian and a former singer/songwriter with over 30 years in music ministry. After an emergency surgery went awry I woke to find my vocal chords damaged. But God had a plan and lead me to writing full-time. I have had stories featured in Chicken Soup for the Soul and my first novel Come to Me won a Reader’s Favorite Award in 2010. I have since published two more books and I’m working on a fourth. 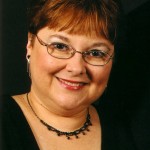 Tell us about your current release.  My latest release is He Who Has an Ear, Who the Seven Churches of Revelation are Today. I wanted to find out how closely those seven churches in Revelation resembled the church today and I was surprised with what I found. Out of the seven churches listed in Revelation only two were commended, the rest were letters of warning. I found that those warnings are still relevant today and the body of Christ needs to take heed before Jesus’ return.

The book I’m bringing you today however, is not current but the story is timeless. Come to Me is a novel based on the life of Christ through the eyes of His mother and covers everything from his birth to His ministry and resurrection, but from Mary’s perspective.

If you knew ahead of time your book would benefit only one person on their spiritual journey, would you still write it?
Oh, yes definitely.

What do you think is lacking in Christian Fiction?  I might have a different perspective then most because my other job, besides writing, is reviewing Christian books, which I do at www.interviewsandreviews.com and lately I am finding that many authors are omitting a clear presentation of the Gospel, which I think is a shame when they have the opportunity to do so through their characters. Some will claim to be Christian books because they might have the character praying or going to church, but then it stops there and the character never has a crisis of faith or is never presented with the Gospel message. While some of the big-name Christian authors have not deviated in this regard the newer ones seem to be afraid to say anything at all and so they have a nice story but have omitted the one reason why they call their books Christian. It isn’t happening in every book I read, but it is a trend I see happening and I hope it does not continue. 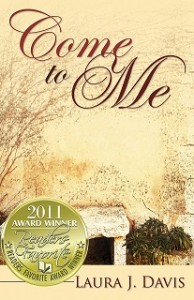 What’s the first major news headline that you can remember and what do you remember (i.e. Moon Walk, Watergate, Pope being shot)?  That would be President Kennedy’s murder. I was only around six years old at the time and was watching TV at a friend’s house when Walter Cronkite broke the news. Even at that young age I knew something important had happened and the sadness of everyone around me really affected me. Even though we were Canadian we mourned his loss as well.

Who was your first Screen/Musical Crush?  Donny Osmond. I was such a geek.

How did you determine whether to self-publish or seek a traditional publisher?  My experience is different than most. My career had been in music as a solo Christian artist but after 30 years in music ministry an emergency surgery went horribly wrong and my vocal chords were damaged. I tried for months to get my voice back and begged God to heal me, but He had different plans. Over the course of several months He kept urging me to write about Jesus from His mother’s perspective. Well, I was a songwriter – not a novelist so I balked at this for some time, refusing to give into the pressure to write, because I knew if I did, I was saying goodbye to singing forever. But there came a time when I realized I needed to surrender my hands to God as I did my voice, and once I did that Come to Me just poured out. But once it was written I had no idea what to do with it or who to take it to. So I self-published about 30 copies to give to family and friends and left it at that. In the meantime, I let people know I had lost my voice and was no longer singing. I had been on the Christian television program 100 Huntley St. previously when I was singing, so naturally I contacted them to let them know where God had taken me. They immediately wanted me to come on the air and talk about my experience and my book. Well, then I was in real trouble because now people wanted to buy my book and the company I originally self-published with was too expensive so I did some research and found another self-publisher who acted more like a publisher really, because they would take the book to stores and would promote it in flyers, collected royalties, etc. But it was a crash course on self-publishing that’s for sure.

What advice do you have for aspiring writers?  As a singer I practiced every day, because there was always room for improvement. I see the same thing with writing. You must write something every day. The more you write, the more your writing improves. And it can be anything, a letter or a blog post – just write something.

and you can buy her book at