An interview with Camy Tang and a Giveaway!

An interview with Author Betty Thomason Owens and a Giveaway!

Welcome to Readers Write to Know! I asked you, my readers, what questions they would ask their favorite authors if given the chance. This week, I am so excited to introduce you to Betty Thomason Owens. Betty is one of Olivia Kimbrell Press’s authors, and we were thrilled to published her Jael of Rogan series. She is also someone I consider friend, and I always look forward to seeing her at the American Christian Fiction local meetings. Please enjoy her interview as much as I did.

Tell us a little bit about yourself.  I’m a stay-at-home empty nester, and busier than I’ve ever been. 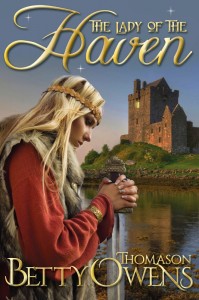 Tell us about your current release. I have two.  My Jael of Rogan novels--The Lady of the Haven and A Gathering of Eagles–are fantasy-adventure novels with a hint of romance. Jael is a healer, forced into exile by an evil magistrate. She returns to her home in answer to a “leading” in her spirit, arriving just in time to aid a fallen warrior. She nurses him back to health and helps him escape. When her own life is once again threatened, she sets off on a journey over the mountains, searching for him.  –   And if I hadn’t already written this story, Debi Warford’s beautiful cover art would have inspired me to write it!

If you knew ahead of time your book would benefit only one person on their spiritual journey, would you still write it? I would treasure that one and it would certainly be worth it.

Who was your first Screen/Musical Crush? I’m looking way back. I’ll never forget Kurt Russell in Disney’s “The Littlest Rebel.” He was probably ten. I was eight. He was so cute!

Do you have your plotline and character development already laid out before you begin writing a book, or do they develop as you write? I usually have a sketch. I don’t usually outline, but I do think it through. The story progresses and changes and I follow along. I like the adventure.

Who were some of your favorite authors as a child?  Dr. Seuss! Frances Hodgson Burnett’s The Secret Garden, Louisa May Alcott’s books, Laura Ingalls Wilder 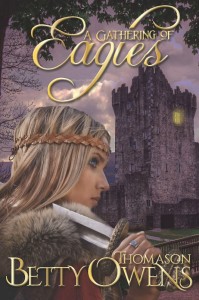 I’m always intrigued by how writers get started…did you always have these books inside you and knew that you wanted to write them or did the idea just pop into your head one day and you decided to put pen to paper? I had a dream. I think it may have been inspired by The Lord of the Rings or double pepperoni pizza, or a combination of both. The opening scene of The Lady of the Haven played in my mind like a scene from a movie. The desire to write the scene was overwhelming.

Which of your characters most reflects your personality? There’s a little bit of me in all of my characters. In Jael of Rogan, I tried to create a character who was completely different from me. Physically, she is my polar opposite, but inside…well, I didn’t really achieve my goal. She lives in her head just like me.

Do you remember where you were or what you were doing when you started this story? I was working as an Office Manager. I had some spare time and was told to look busy. A few minutes later, my boss stepped back in, “to see what that whirring noise was…” –It was me, typing as fast as my fingers could fly! 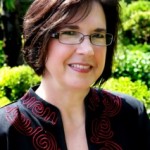 Born in the Pacific Northwest, Owens grew up in such exotic places as West Tennessee and San Diego, California. She lives in Kentucky with her husband. They have three grown and married sons living in the area, along with their daughters-in-law, four beautiful granddaughters, and two handsome grandsons.

Though she’s always had an interest in storytelling, her writing career began to take off in 1986. As a busy homeschooling mom, she needed an outlet for all the extra joy in the house. A few years passed, and she had several novel-length manuscripts squirreled away. She has two fantasy-adventure novels in a second edition published by Sign of the Whale Books, an imprint of Olivia Kimbrell Press.

Now semiretired, Betty spends most of her time writing, studying about writing, and critiquing other peoples’ writing. She is one of twelve authors featured in the romantic novella, A Dozen Apologies, released Valentine’s Day, 2014 by Write Integrity Press. She recently contracted with Write Integrity Press for her three-book Legacy Series. Watch for her first novel, Amelia’s Legacy, late 2014.

Betty is an active member of American Christian Fiction Writers (ACFW), where she leads a critique group, and Bluegrass Christian Writers, a lively group of Kentucky writers, who meet quarterly in a Lexington, Kentucky bookstore.
Visit her webpage or find her on Facebook, Twitter, and Google+.

Betty is giving away a copy of her book!

Be sure to enter the giveaway for a print copy of Betty’s Book The Lady of the Haven :. Enter below!