Get all 4 paperbacks in the Dixon Brothers series for just $40! That’s a savings of $15! Get all 4 paperbacks in the Song of Suspense Series for just $45! That’s a savings of $15! 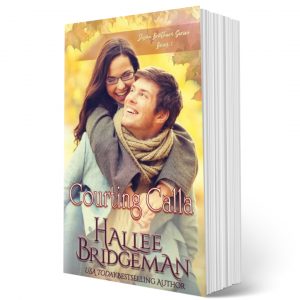 Ian knows God has chosen Calla as the woman for him, but Calla is hiding something big. Can Calla trust Ian with her secret, or will she let it destroy any possible hope for a future they may have? 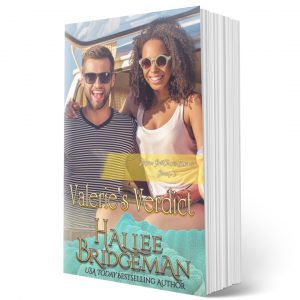 Since boyhood days, Brad has always carried a flame for Valerie. Her engagement to another man shattered his dreams. When she comes home, battered and bruised, recovering from a nearly fatal relationship, he prays God will use him to help her heal. 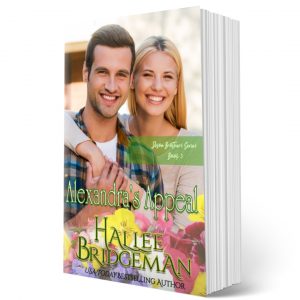 Alexandra Fisher and Jonathan Dixon meet in a honky-tonk outside of Nashville and instantly share a mutual attraction. That night, Alex decides to take control of her life while, simultaneously, a horrific news story sends Jon back into a tailspin. They both make bad decisions that result in permanent consequences. Back home, Alex stands up to her father and finds herself alone, pregnant, and cut off. She journeys to Atlanta, hoping Jon can help. Arriving at a mutual understanding of faith while looking through very different worldviews, they cling to each other, uniting as one, and learn to connect with God. But will family strife and all their baggage destroy their marriage before it even gets off the ground? 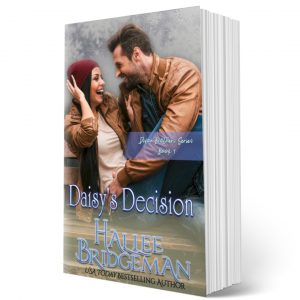 Daisy has had a crush on Ken since high school, so going on just one date with him can’t possibly hurt, can it? Even if she’s just been painfully dumped by the man she planned to spend the rest of her life with, and whose unborn baby she carries? Just one date? 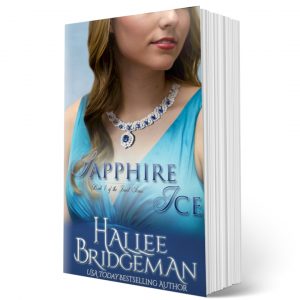 The men in ROBIN’S life have never been anything but pushers and users. TONY’S intrusion into her exhausted world both infuriates and intrigues her. Does Tony have a chance to break through the wall of ice Robin built around her heart? 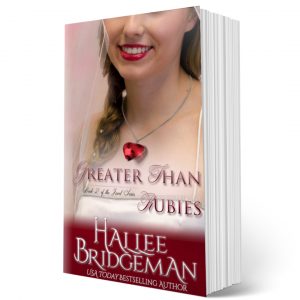 Robin Bartlett said yes. Soon, she will say I do. Or will she? Robin is planning her dream wedding to Antonio “Tony” Viscolli. Anxiety hits when she realizes the magnitude of marrying one of Boston’s “Royal Family.” While juggling wedding stress, her father’s legal problems, and Tony’s recent taking on of a ward — forgotten nightmares return reminding Robin of the horrors of her past. 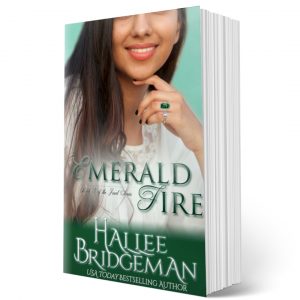 Beautiful and vivacious Maxine Bartlett finally finds a love that will release her from the prison of her terrifying past. But, will her new husband’s mistrust of God stand in the way of their happily ever after? 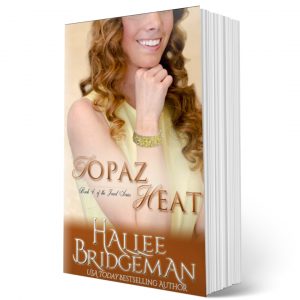 From the moment Derrick meets Sarah he knows there is no one else for him. Derek is a poor tough street kid made into a billionaire’s protégé and groomed for wealth and success. Sarah sees only an unshaven tough kid covered with tattoos. She shuts down every advance. A decade later, will Sarah finally set aside her prejudices and open her heart to true love? Or will dark shadows from their long forgotten past tear them apart forever? 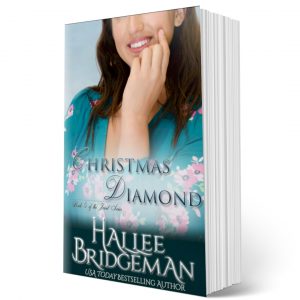 Christmas is a time of miracles. Faith Green and TJ Viscolli share the common bond of a love of history and romance blossoms. But an accident during the Christmas Eve air show threatens their hope of a life spent together. Will God provide a Christmas miracle, or will the future look cold and dark like a winter night? 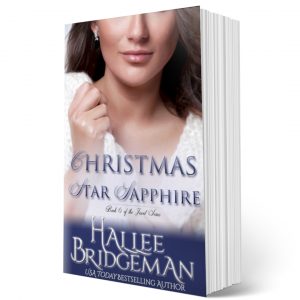 Christmas is a time of family and tradition, but Joe Westcott has determined to stay alone and single. Madeline Viscolli comes into his life and causes him to start reevaluating what he considers important. A Christmas Eve funeral brings everything to a crest and Joe and Madeline are forced to make a choice that will affect their entire future. 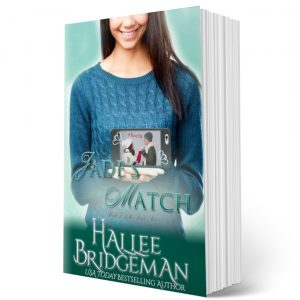 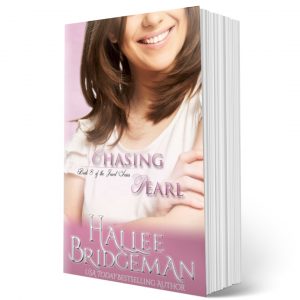 For VIOLET PEARL and CHASE ANDERSON to end up together, one of them will have to make a huge change. A message from God arrives in the form of a package from 1940. This humble box brings their hearts together even though they live and work thousands of miles apart. They each must listen closely to understand the message to close the distance. 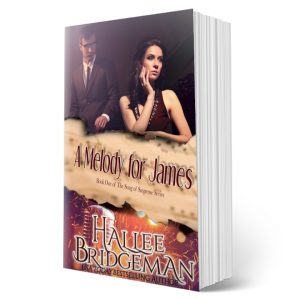 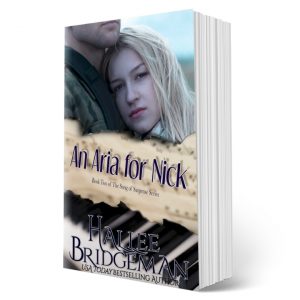 Aria Suarez uncovers a nuclear plot that threatens the heart of our very nation. Sinister forces surround and threaten her when, out of nowhere, the man who reportedly died so many years before returns as if from the grave – intent on protecting her. Has God finally joined them together? Or is Aria doomed to mourn Nick Williams twice? 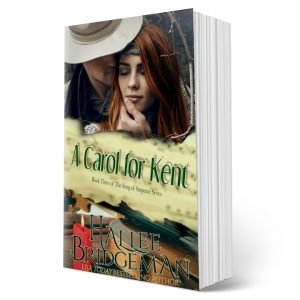 Bobby Kent’s name is synonymous with modern Country Music and he is no stranger to running from overzealous fans and paparazzo. But now he must protect his daughter and Carol, the mother of his only child, from a vicious and ruthless serial killer bent on their destruction. 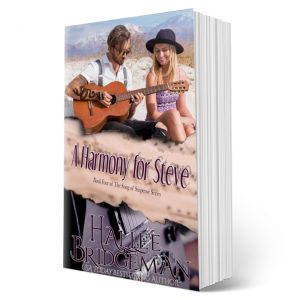 HARMONY and STEVE draw closer and spiritual war wages when heaven meets hell. As the daughter of radio and media Christian family counselor icons, HARMONY HARPER has spent her life serving God. By her 25th birthday, she celebrated ten years of a solo Christian contemporary music career, and played sold out concerts everywhere she went. …

END_OF_DOCUMENT_TOKEN_TO_BE_REPLACED 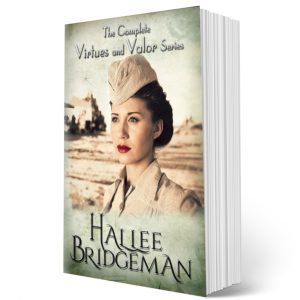 Eight serialized novellas in one paperback, each inspired by real people and actual events, reveal the incredible story of amazing heroes and heroines facing the ultimate test of bravery. In 1941 Great Britain a special war department assembles an experimental and exclusively female cohort of combat operatives consisting of four willing spies, a wireless radio operator, an ingenious code breaker, and a fearless pilot. Dubbed the Virtues, each woman is hand-picked, recruited, and trained to initiate a daring mission in Occupied France. As plans unfold to initiate the largest prison break of Allied POWs in history, the Nazis capture the young radio operator. It will take the cohesive teamwork of the rest of the women to save her life before Berlin breaks her and brings the force of the Third Reich to bear. Courage, faith, and valor intersect but, in the end, one pays the ultimate price.

On the Ropes (paperback) 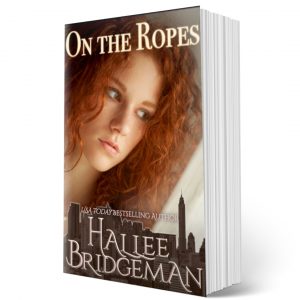 Ruth dreams of making a life with Victor. After witnessing a gangland triple murder at the hands of Victor’s father, Ruth goes into hiding until she can testify in open court. When Victor finds her will he spare her life or silence her for good?

Writing from the Trenches (paperback) 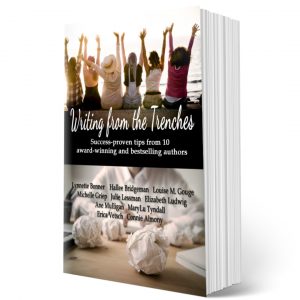 You’ve sat in front of your computer screen, great plots and characters twirling around in your mind, and thought, “I wish I had a best-selling author to teach me how to translate my random ideas into a compelling story.” Wouldn’t it be great to have a seasoned guide to show you how to transform your collection of plotlines and people into an extraordinary tale that readers will want to consume over and over again? 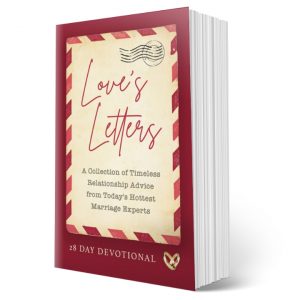 Love’s Letters: A Collection of Timeless Relationship Advice from Today’s Hottest Marriage Experts is the first ever collaboration featuring twenty-eight couples who champion God’s greatest gift-marriage. Each day’s devotional is written by a different husband and wife team, sharing timeless advice that will elevate your marriage to the next level. 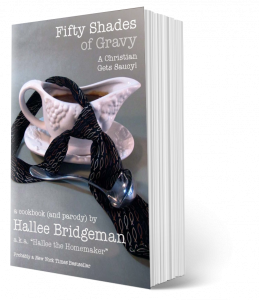 While confronting and redeeming a recent popular secular phenomenon, Hallee Bridgeman, A.K.A. “Hallee the Homemaker” rides the gravy train to triumph and hilarity with her premiere cookbook, revealing the secrets of the penultimate comfort food – gravy. Fifty Shades of Gravy “a Christian Gets Saucy!” is a cookbook wrapped in a parody surrounded by a comedy with a tongue firmly inserted into a cheek – but the recipes are deadly serious and may leave readers licking the gravy boat.

The Walking Bread, This Bread Will Rise! (PAPERBACK) 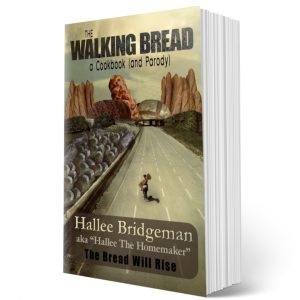 While confronting and redeeming a recent popular secular phenomenon, Hallee Bridgeman, A.K.A. “Hallee the Homemaker” finds every grain of truth in her second whole food, real food cookbook with in-depth analysis and amazing recipes of yeast breads, quick breads, sourdoughs, and breads using grains other than wheat. The Walking Bread is a cookbook wrapped in a parody surrounded by a comedy with a tongue firmly inserted into a cheek — but the recipes are “dead serious” and may leave readers searching for all the tasty bread crumbs. 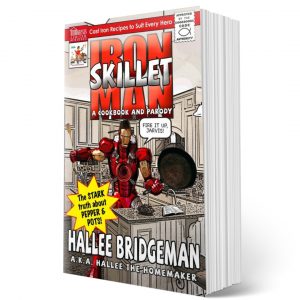 Is your skillet-sense is starting to tingle? Don’t start crawling the walls, worthy citizen. Hallee constructs comic fun, jabbing at the cultural obsession with super powered heroes and villains. Along the way, readers will thrill to action packed explanations, daring “do it yourself” techniques, tremendous tips, and lots of real food/whole food recipes that achieve truly heroic heights. Ironically, while just a mild mannered cookbook by day, wrapped in a parody and surrounded by a comedy by night — the recipes are absolutely real and within the grasp of ordinary beings.

Hallee Crockpotter and the Chamber of Sacred Ingredients (PAPERBACK) 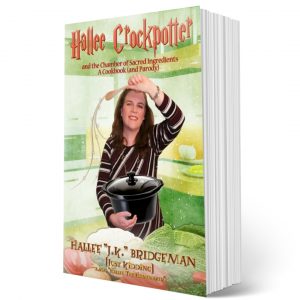 It doesn’t take magic or a spell to make whole food/real food meals – even when you need to leave it and go! Hallee the Homemaker shares a cauldron full of recipes that will make the slow cooker work even better than if you have a Time Turner on hand!

Out of the Blue (PAPERBACK) 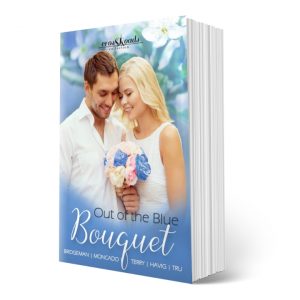 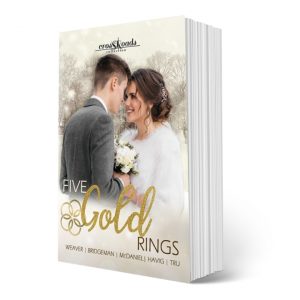 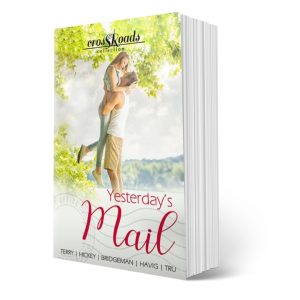 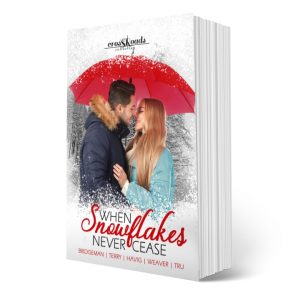