Day 8: A place to which you’ve traveled

When I read this topic out loud to Gregg, we both immediately said, “Abu Dhabi.”

Last year, I had the pleasure of meeting Gregg (who was working in Afghanistan) in Abu Dhabi, United Arab Emirates.  We both flew into Dubai, met at the airport, and drove to Abu Dhabi.

My brother, Jim, and his wife, Alyssa, work there part of the year during the Abu Dhabi film festival.  Gregg and I were trying to figure out where we wanted to meet, and since the festival was wrapping up and the two of them would have a little time on their hands, we thought it would be fun to go see them.

It was a really long trip to get there.  The time in the air was about 24 hours total, plus the down time in the New York and Paris airports.  It was especially long for me because I have a broken tailbone.  Right before this trip, the doctors re-x-rayed it and determined that, despite it being 2½ years since the break, the bone had not healed.  But, I face 24 hours sitting. 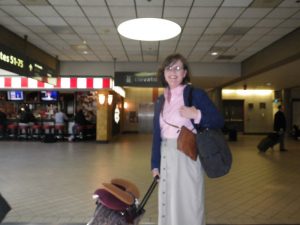 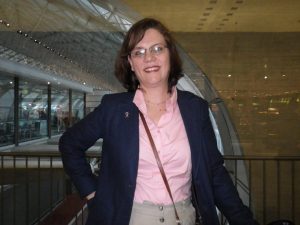 In the end, though, it was worth it.  It had been too long since I’d last seen Gregg.

Abu Dhabi was an architecture and engineering amazement.  Everywhere you looked, buildings were being built.  Everywhere.  The leaders in the country know that one day, oil money won’t be what it is now, so they’re desperately trying to build a tourist haven so that there will be some worth to their country.  It’s smart, and a “if you build it, they will come” mentality.  Skyscrapers compete with mosques in an old world/new world kind of feel. 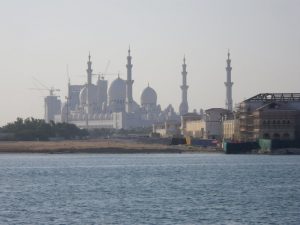 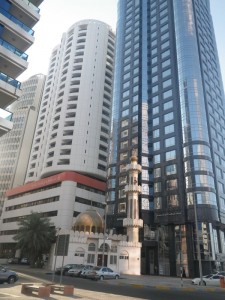 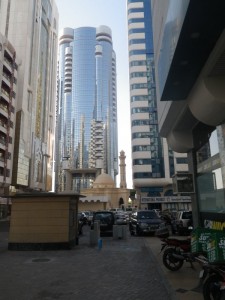 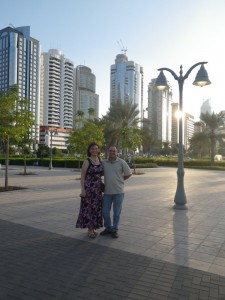 Here was the view from our hotel roof: 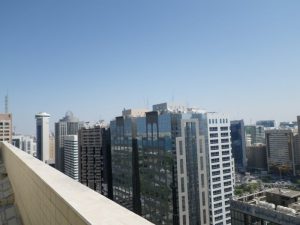 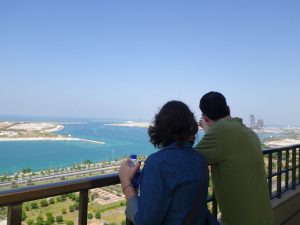 Two of the main reasons I love the Middle East is: I love coffee and they love coffee.  Coffee is extremely important to them, traditionally, and I love the formality of it. 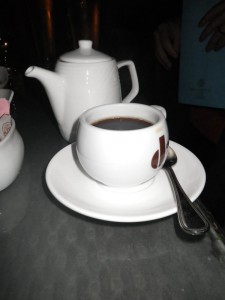 I love Middle Eastern Food.  It is easily my favorite cuisine.  Food is a major part of their community, and everywhere you go, it’s displayed and presented in mouthwatering ways.  It’s also nice for people like Gregg and me, who follow a Levitical diet and do not eat pork.  The sausages were safe, the meat dishes were safe, and the ingredients were almost always whole and unprocessed. 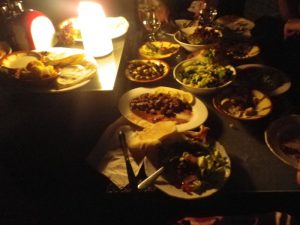 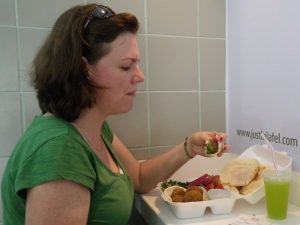 While we were there, we were able to visit the Emirates Palace Hotel — which is where the film festival occurred.  My brother showed us the theater where they showed many of the films during the festival.  This hotel was absolutely breathtaking. 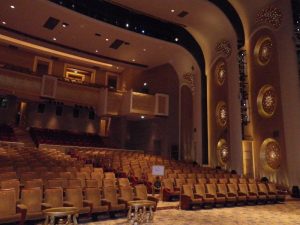 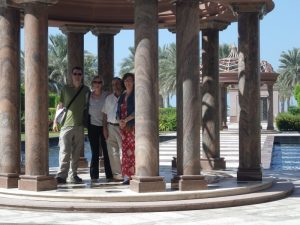 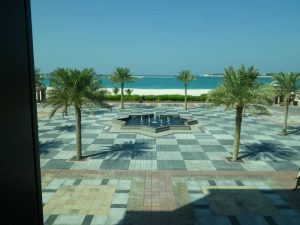 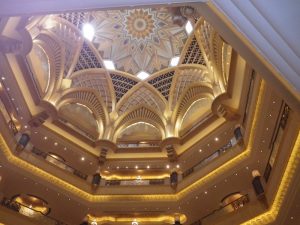 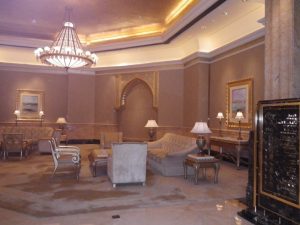 Gregg and I took a dinner cruise where we were able to see the shore of Abu Dhabi by night.  It was magical.  In one of the pictures you can see an Emirate male in full dress — you aren’t really supposed to take pictures of them (it’s impolite). 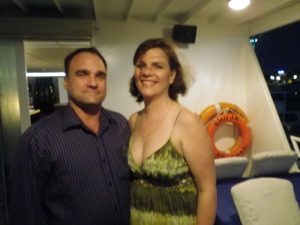 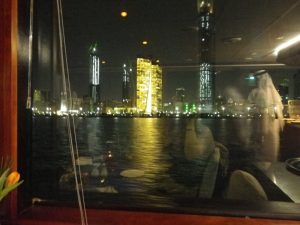 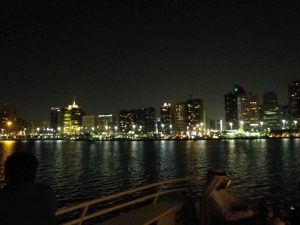 We did a lot of walking, eating, and site seeing.  On Thursday, we went to the Evangelical Christian Church (which I did not get a picture of somehow). 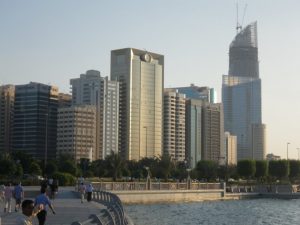 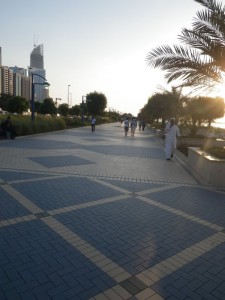 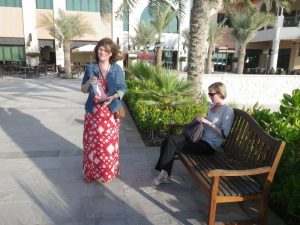 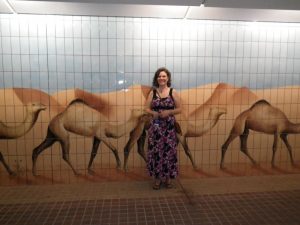 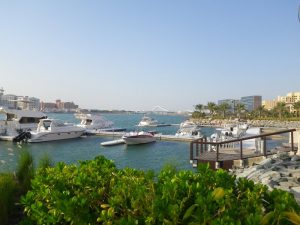 I was there for just a short week and had to return.  I would love to go back one day when they’ve finished building up the tourist resort they’re planning. 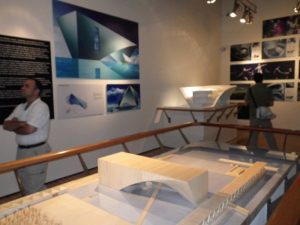